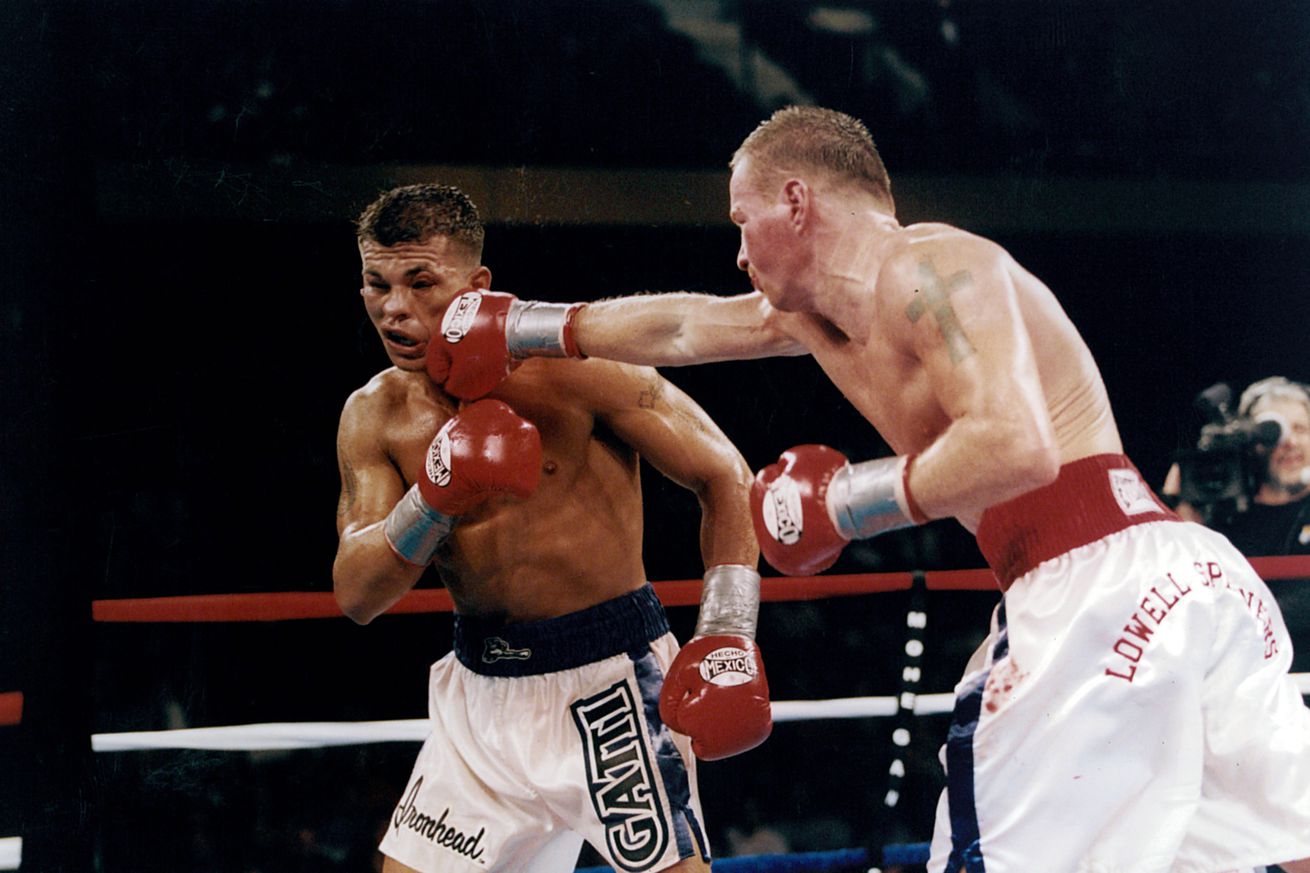 In the first of three fights between the two, Arturo Gatti and Micky Ward became legendarily linked.

18 years ago today in Uncasville, Connecticut, Arturo Gatti and Micky Ward met for the first of three times. In one of the greatest action fights you’ll ever see, it was Ward winning a majority decision in a 10-round war for the ages.

As Kellerman notes, the worst you were going to get from Gatti-Ward was a great action fight. We got that and then some; this became the stuff of true legend. Gatti had already won The Ring’s Fight of the Year awards in 1997 (Gabriel Ruelas) and 1998 (Ivan Robinson), while Ward had won in 2001 for his fight with Emanuel Augustus.

But they went to yet another level with one another. The fight won the 2002 Ring Fight of the Year, and their third fight won for 2003.

And that ninth round? Unreal. Ward drilled Gatti early and dropped him with a body shot, and Gatti fought on. Ward poured on the pressure. Gatti stood his ground. Gatti fought back. Ward roared back, too. Buddy McGirt almost stopped the fight. And Gatti came back again, only to meet more unbelievable punches from Ward.

Here’s a full highlight reel from HBO, too:

Just without question one of the great fights of all time. They may not have been Muhammad Ali or Sugar Ray Leonard or Floyd Mayweather, but Arturo Gatti and Micky Ward became legends in their own right.