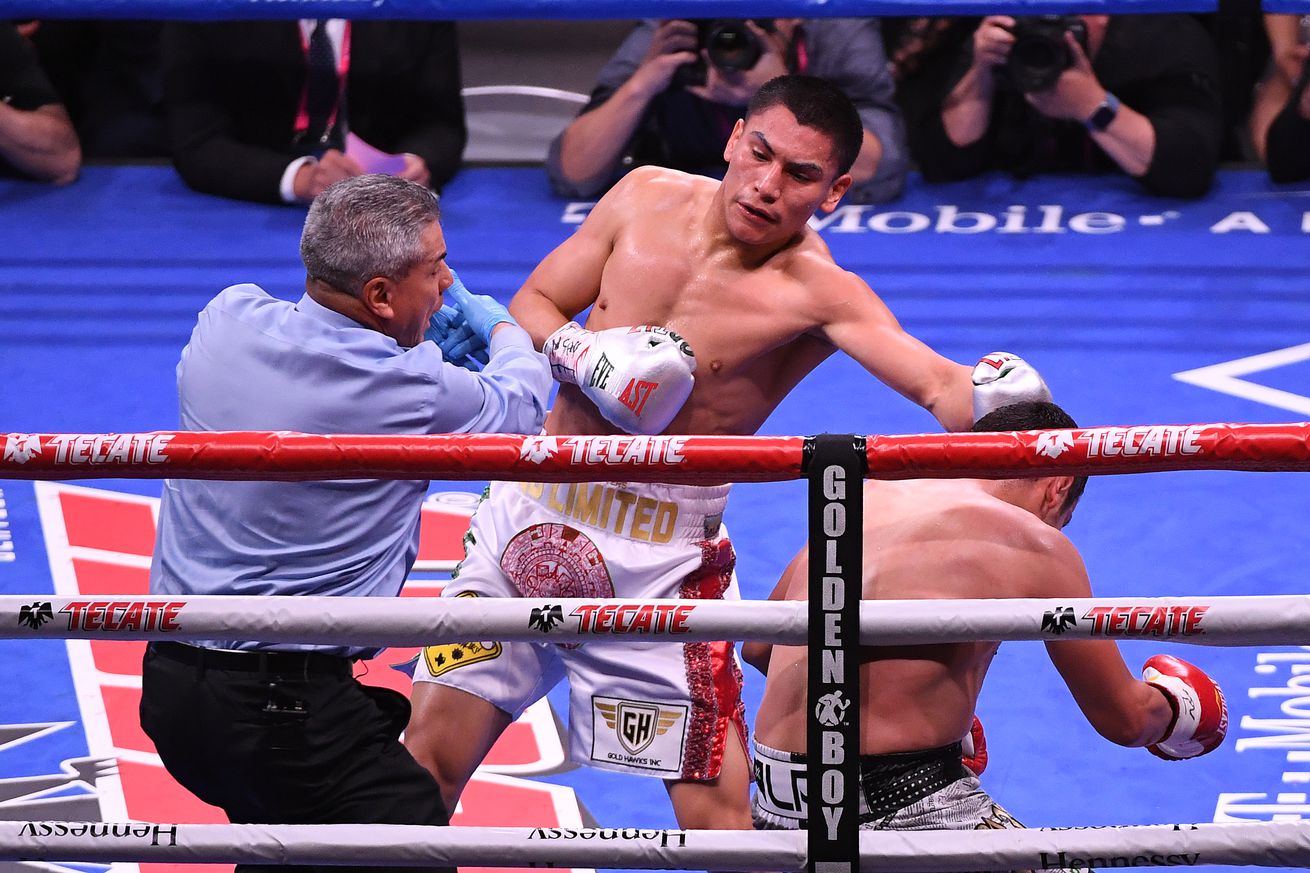 People love a knockout in boxing. That’s just a fact. Some weekends in boxing, no matter how busy, will pass without us seeing anyone get the ol’ GOOM, but on Saturday night, a trio of hard-hitting prospects lit up their opponents on DAZN and ESPN+ and ESPN.

I’ll rank them in reverse order, showing my favoritism, because you know what else people love? Ranking stuff, and HOT TAKES!

But all this stuff rules, so let’s get to it.

Mendoza, a 25-year-old welterweight from New Mexico, just signed with Top Rank this week, and on Saturday he got back into the ring for the first time since Nov. 2017, fighting on the Beterbiev-Kalajdzic undercard in Stockton, California.

The crowd was hot all night for this show (more on that for a minute), and they treated Mendoza’s KO like he was a hometown boy — well, almost (more on that in a minute, too).

Mendoza made his Top Rank debut a good one, crushing Carlos Rodriguez with a left hook in the second round.

21-year-old Vergil Ortiz Jr came into this fight 12-0, all wins by stoppage, matched up against crafty fox veteran Mauricio Herrera, who is 38 but had never been stopped and has given plenty of good or better-than-good fighters a tough night at the office.

But Ortiz isn’t just a power puncher, he’s got skills, too, and he just thrashed Herrera. He dropped him hard late in the second round, then finished him off with a blistering right hand in the third. Herrera was out before he could even get to the canvas. Nevada referee Russell Mora has gotten a lot of heat over the years from fans and pundits, but he did a great job getting in here before it was made worse.

There were about 10,000 people at Stockton Arena for an ESPN/Top Rank card that flew under the radar thanks to all the attention being on Canelo-Jacobs last night, and the vast majority of those people came to see Gabriel Flores Jr, a lightweight prospect who just turned 19.

Flores isn’t particularly known for devastating power — he came in 12-0 with five knockouts — but he got a good showcase matchup with the very game Eduardo Reis, who to his credit came to shock the hometown crowd and send them home in silence. That aggression from Reis ended with him knocked flat out on a left hook in round three.

Why is this one No. 1 for me? Listen to that crowd. They go absolutely insane, and it’s so rare that boxing has a true electric atmosphere anymore. It makes everything so much better than it already is, including a KO like this one.