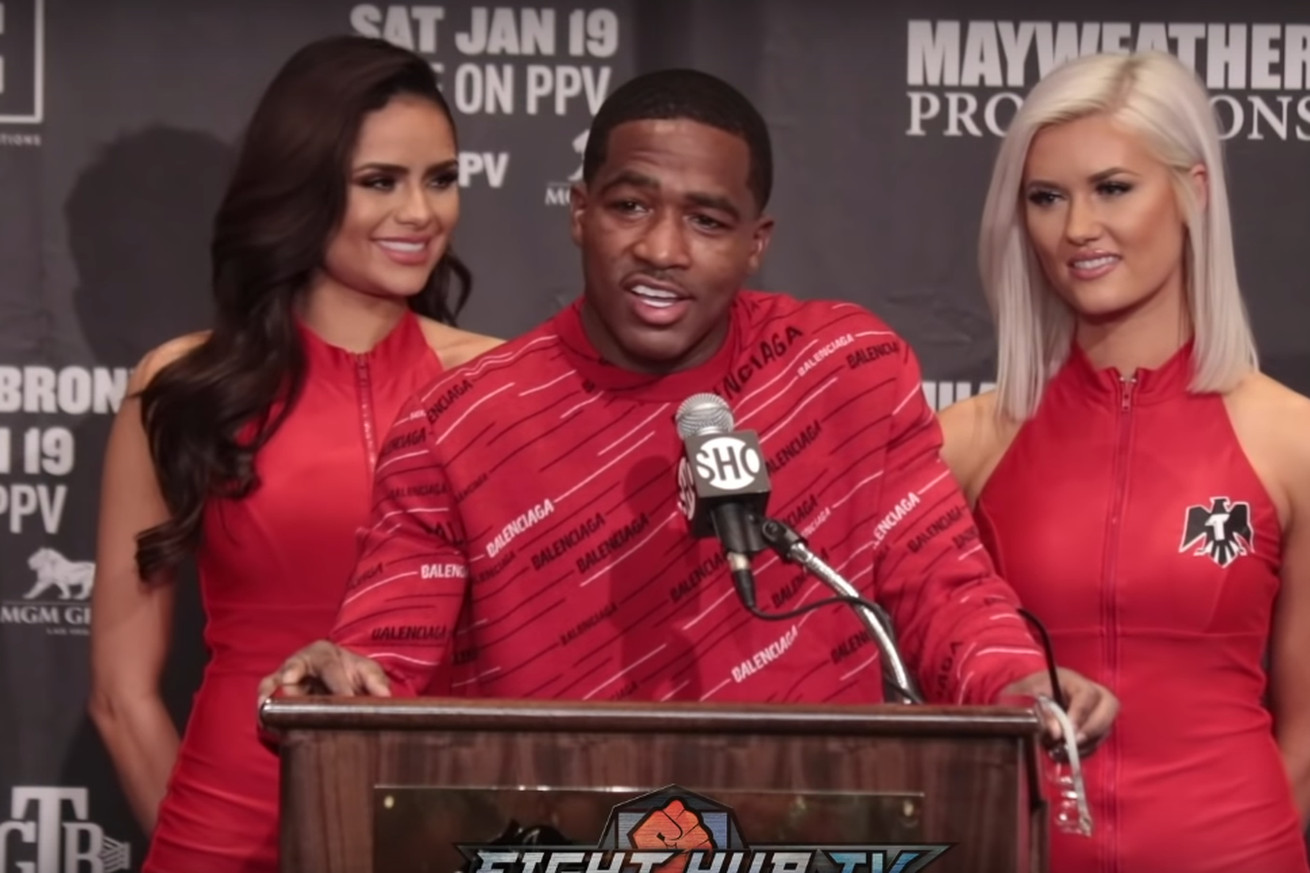 Adrien Broner shares his thoughts on his loss to Manny Pacquiao last night.

Following his unanimous decision loss to Manny Pacquiao, Adrien Broner showed up to the post-fight press conference in good spirits and had this to say about his impressions of the fight.

“As you can see, I wear these glasses for fashion, I ain’t got a mark on me. It was a helluva fight, you know, I give props to Manny Pacquiao. I ain’t about to go up here and go crazy, I ain’t got to. My performance tonight talked for me. They thought I was gonna come in here and be in the mud and they was just gonna move around me and fuck me up, and I came and I gave them what they wasn’t looking for.

“If you ask me I feel like I won the fight. I’m not about to sit here wit a sad face. You know, I’m alright. I’m alright, and I will be back and I will be champion again, and all you mothafuckers will still tune-in. At the end of the day, I’m still AB, I’m still the same person. Ya’ll never seen me fight like this, ya’ll never seen me in shape like this. I dedicated myself, I put my work in and I came and I worked my ass off. So with that being said I’ll answer a couple of questions before I go enjoy myself for the night.

“I ain’t having no fucked up night tonight. I swear to God I ain’t. I feel good, I still look good, and right now it’s time to cash checks and have sex.”

ESPN reporter Dan Rafael then took the mic to ask Broner the first question, pointing out that he landed only 50 total punches in the fight, threw less than 300, and landed only one punch in the final round, so he wonders if Broner truly in his heart believes he won that fight.

“Hell yeah I believe I won the fight. Sheeit. That’s just like when you believe you want cheese on that burger, you know what you looking for. Hell yeah I feel like I won, Dan…Like I said, I’ma answer anybody’s question. I don’t feel bad for myself, I feel good. Wassup?”

On what part of the fight makes him believe that he beat Pacquiao:

“Umm, I felt good man…I’ma go back and watch the fight. But with my performance tonight I feel like I won the fight.

“I prepared myself, I trained my ass off, and I was ready to fight. Like I said before, they was hoping that I came in here and just got destroyed — which that didn’t happen. And, you know, I knew I was the underdog and they was against me already but it’s aight. I’ll be back and I will be champion.”

On if he thinks he could’ve done anything better in the fight:

“Every fight you can improve something. Like I said, I haven’t watched the fight yet but I will go watch the fight and we going right back to the gym.