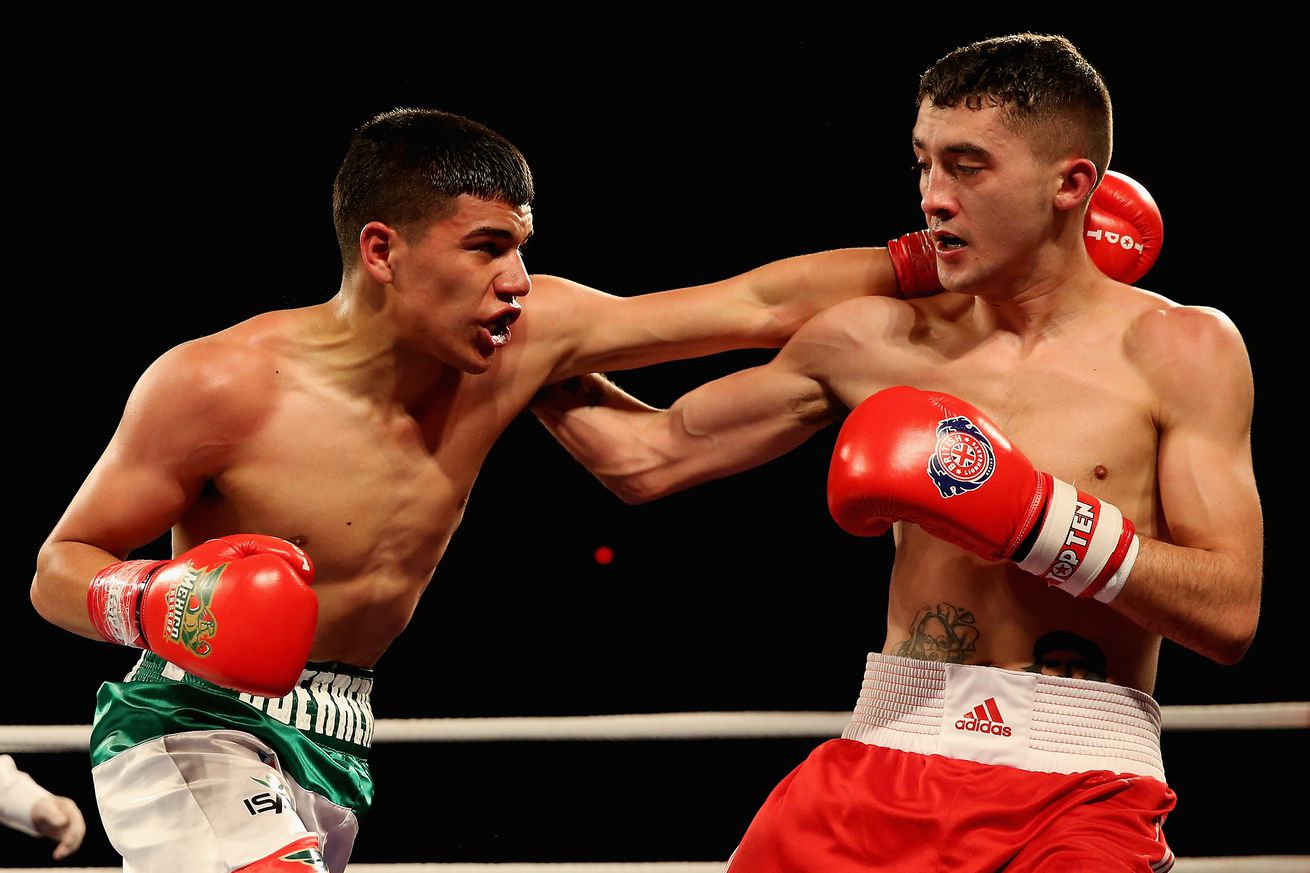 Alameda gets his first world title fight on Sept. 26.

When Aaron Alameda was first signed up to face Luis Nery earlier this year, he was coming in as — in the minds of fans and media, anyway — a sacrificial lamb to face the former bantamweight titleholder in Nery’s official move up to 122 pounds. After that, Nery would probably be fast-tracked into a WBC title shot.

But now that the WBC title has been vacated by Rey Vargas, Alameda’s rescheduled bout with Nery on Sept. 26 is also for that title, meaning that Alameda has the chance of a lifetime, though as a sincere underdog.

The 27-year-old Alameda (25-0, 13 KO) is unbeaten but untested, having never really fought above the club level, his best opponents veteran journeymen like Enrique Bernache, Breilor Teran, and Rafael Reyes. The 25-year-old Nery, on the other hand, was a destructive force at 118 pounds and won the WBC title in 2017. In the years since, Nery’s had repeated trouble making weight, and even his title win over Shinsuke Yamanaka was brought into question due to a failed drug test, which the WBC eventually ruled to be due to contaminated food.

Now moving up to 122, Nery is expected to make an immediate impact in a competitive division with plenty of good fighters, even counting the recent losses of Vargas and Emanuel Navarrete, who have moved up to featherweight, or are doing so soon.

Alameda, though, isn’t lacking in confidence coming in — he knows this is a huge chance for him to become a “somebody” in the boxing world.

“This is my first time on a card of this magnitude, so I’m going to come with everything I’ve got on Sept. 26,” said Alameda. “I’m ready to put on a great show for the fans. After I beat Luis Nery, everyone is going to know my name.”

Alameda isn’t sure how Nery (30-0, 24 KO) will hold up in a new weight class, both from the standpoint of having the same power he did at 118 and being able to take shots from bigger opponents.

“Now that this is a title fight, I’m even more motivated,” said Alameda. “I’m training very hard and I’m ready to win. I know Nery was a big puncher at 118 pounds, but he’s moving up in weight, we’ll see if he can bring that power up to 122 pounds. We’re also going to see if he can take my power.”

Alameda says he’s been able to get good sparring in Los Angeles, even though COVID has obviously made training a bit more difficult for everyone around the world, and he feels ready and fully focused for the bout with Nery.

“Right now, I’m not thinking ahead,” he said. “I’m only focused on Nery and winning this title. But I want to prove that I’m the best. After Sept. 26, I’m willing to fight anyone they put in front of me.

“I understand that I’m the underdog in this fight, but that’s only making me hungrier to win. I’m going to go in there and show people who I am. I’m going to win and give the fans a good action fight.”