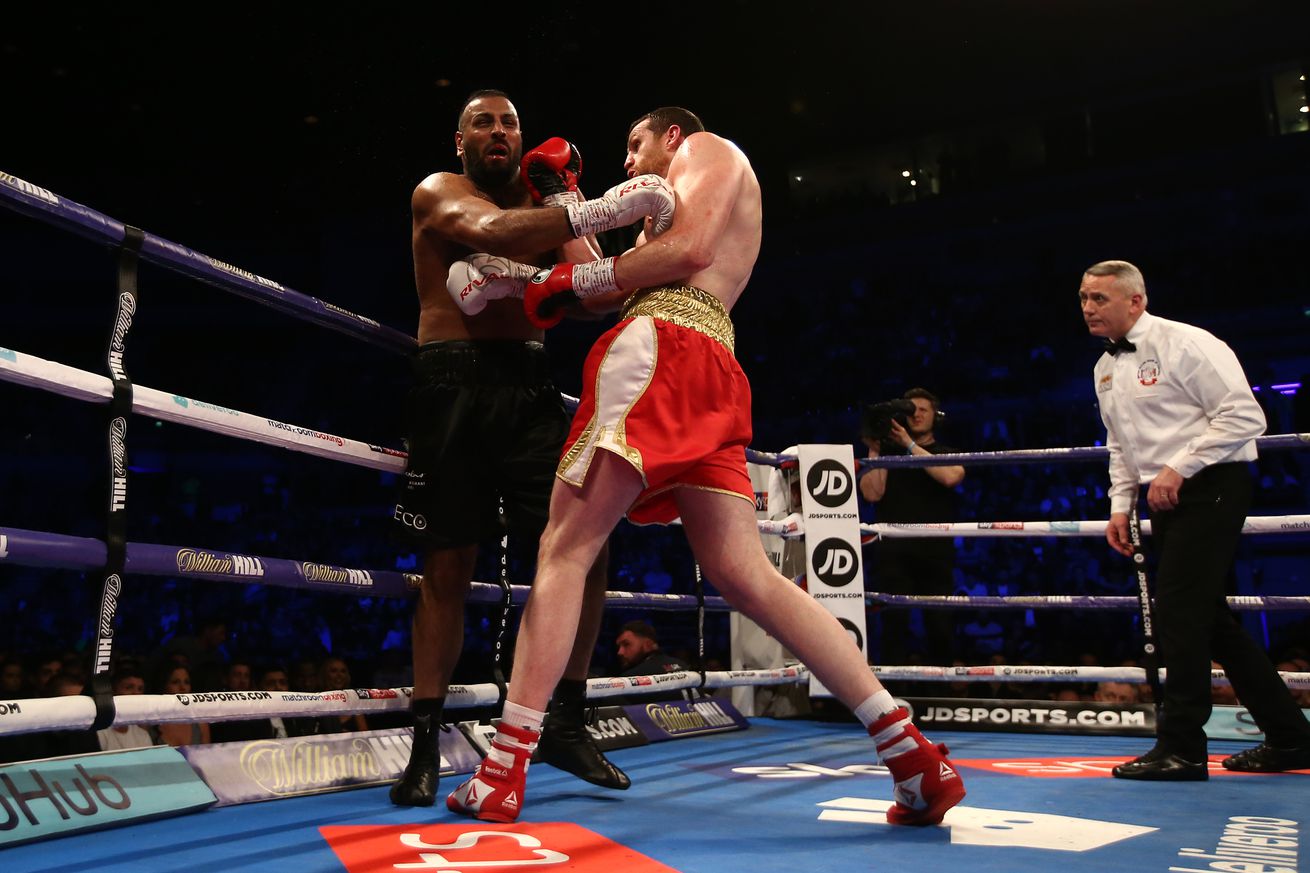 Ali’s purse has been withheld and his license suspended.

Kash Ali, who made headlines for biting David Price in a heavyweight fight this past Saturday in Liverpool, resulting in a disqualification, has had his purse withheld and his boxing license suspended by the British Boxing Board of Control.

The 27-year-old Ali was making a big step up from small club shows in the United Kingdom to a major event, broadcast on Sky Sports in the UK and DAZN in the United States, easily the biggest fight of his career.

But he was thrown out in the fifth round after he tackled Price and bit him on the stomach. That alone was enough reason for the DQ, let alone his having unleashed several fouls — including biting that wasn’t called — earlier in the fight, as well.

Tony Bellew believes that Ali should be banned from the ring:

“His bottle went. He did some disgusting things that have no place in a boxing ring. He bit him not once, not twice, he bit him four times and the referee saw him twice; he’s a disgrace, he shouldn’t be allowed back in a boxing ring.”

For his part after the fight, Ali offered an apology, calling his actions “stupid,” “ridiculous,” and “out of order.”

That may not mean much, because he did what he did, and unfortunately for him, he’s really exactly the kind of guy a governing body of the sport may choose to make an example of, as he’s not worth money as an attraction, doesn’t have big connections, etc. There’s a legitimate chance we’ve seen the last of Kash Ali in boxing.