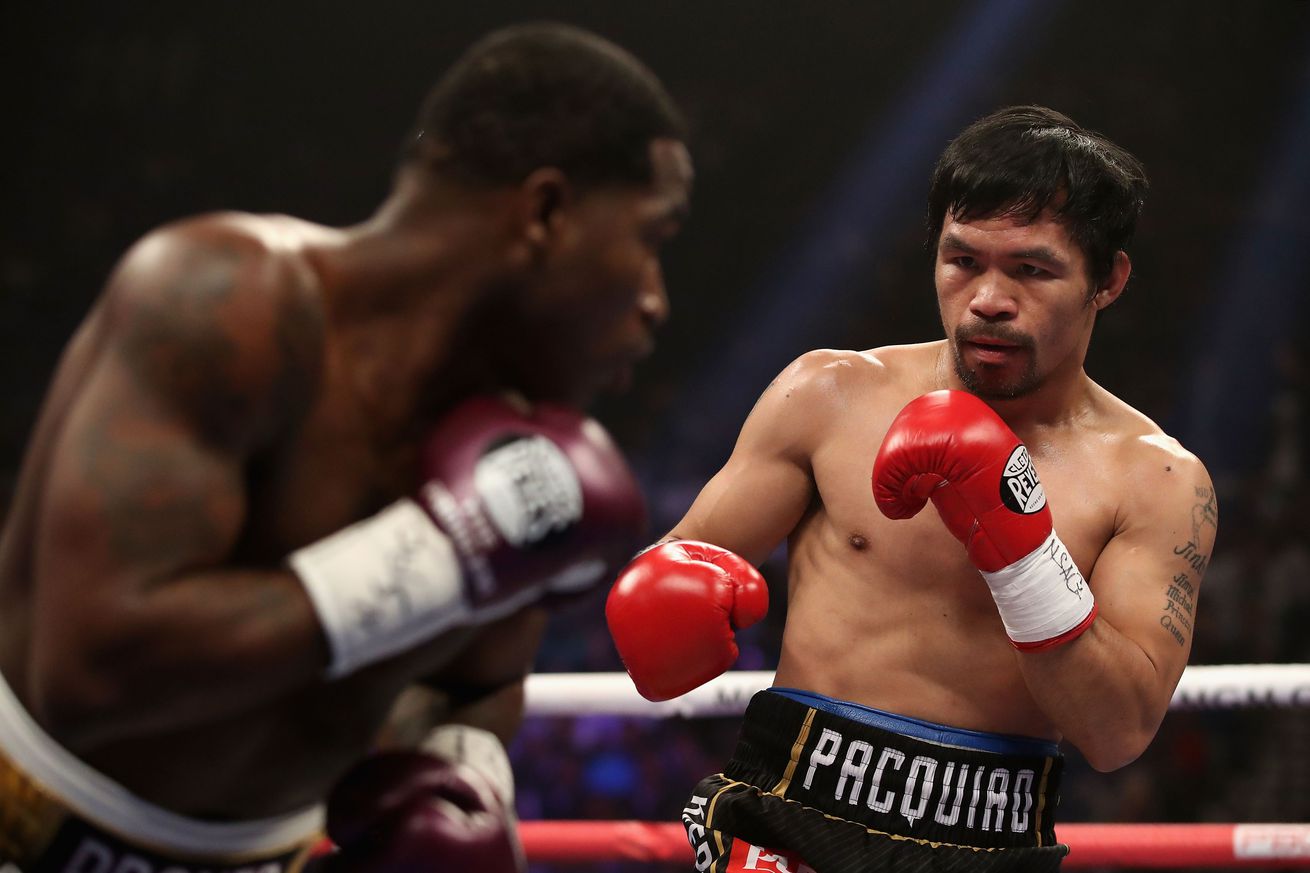 Showtime wraps up the Pacquiao-Broner fight.

Showtime Sports concludes its coverage of Manny Pacquiao vs. Adrien Broner with an epilogue installment of All Access. In this final episode which contains behind-the-scenes footage of the fighters, we start with the official weigh-in a day before the bout.

“When we stared at each other, I could see that he looked a little bit scared,” Pacquiao says. “He stared down at me and I knew he was thinking something, that this is a dangerous opponent.”

We then quickly shift to the day of the fight where Broner was forced to cut off the lengthy beard he grew during training camp, at the behest of Pacquiao’s co-trainer Freddie Roach.

Shortly after we see the fighters getting prepared for battle in their respective dressing rooms, with both complaining that it was unusually cold back there. But once the fighters warm, it’s showtime — we watch an abbreviated version of the fight including footage that captures the reactions from members from both fighters’ camps.

At that point we see the final outcome of the fight, with Pacquiao taking a unanimous decision over Broner, much to Broner’s chagrin.

“I ain’t gonna lie to ya’ll, man” Broner would tell his family and friends back in his dressing room, “I want ya’ll to be proud of me. When I work that hard and they take it from me, bruh, [it hurts].”

Lastly we catch some scenes from the post-fight press conference, where the fighters give their final reactions of the fight to media members. Check out the full final episode above, courtesy of Showtime Sports.