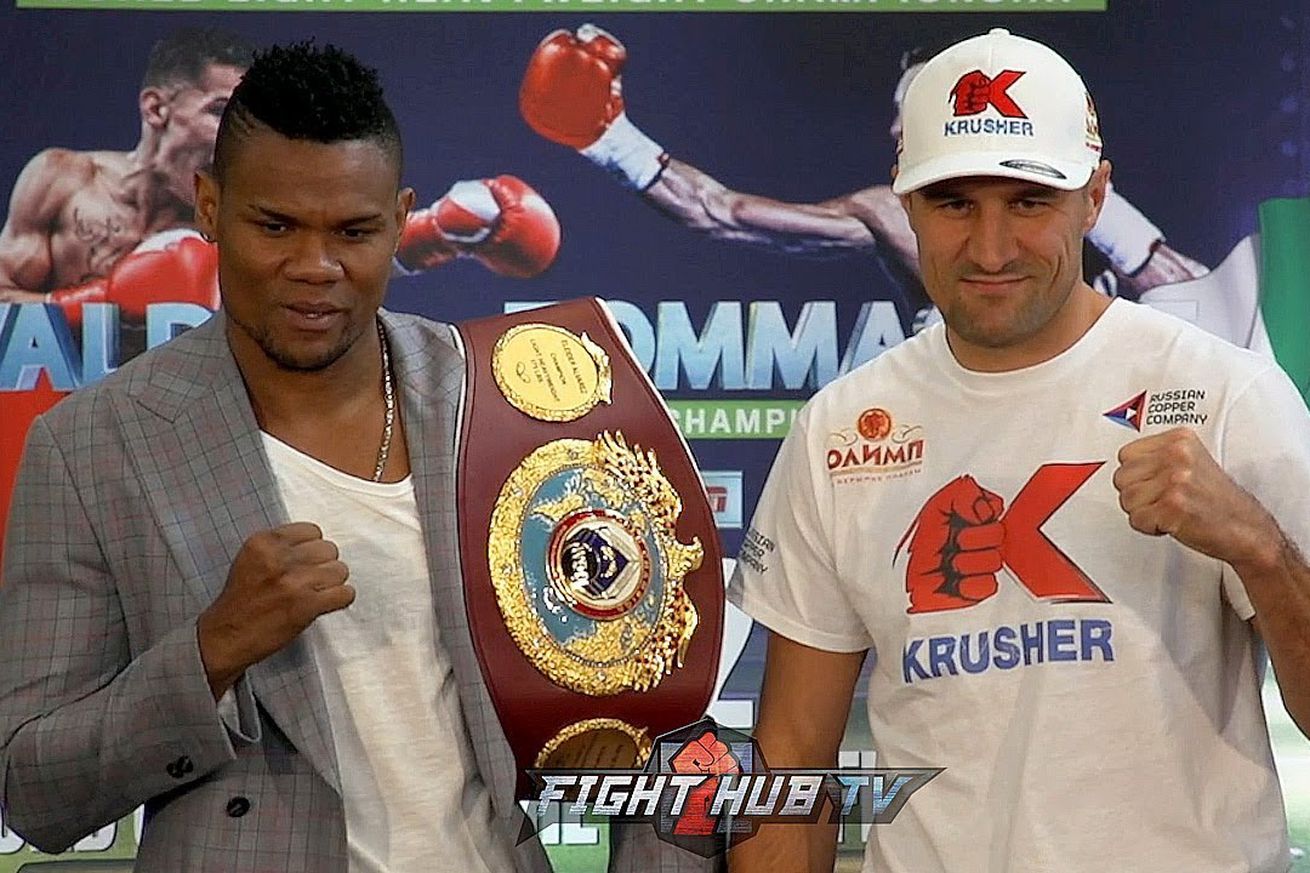 Tonight with coverage starting at 10 pm ET on ESPN and continuing at Midnight ET on ESPN+, Eleider Alvarez and Sergey Kovalev headline a four-fight card from Texas, in a rematch for Alvarez’s WBO light heavyweight title.

Alvarez (24-0, 12 KO) upset Kovalev (32-3-1, 28 KO) last August in Atlantic City, coming from behind to stop the Russian in the seventh round. Alvarez opened as the betting underdog for the rematch, too, but since then the odds have swung in his favor, and sports books have him as the favorite now.

WBO featherweight titleholder Oscar Valdez (24-0, 19 KO) will also make his return to the ring, as he defends his belt against Italy’s Carmine Tommasone (19-0, 5 KO). Valdez has been out since last March, when he suffered a broken jaw in a win over Scott Quigg.

The vacant IBF lightweight title is on the line, as well, as Ghana’s Richard Commey (27-2, 24 KO) takes on Russia’s Isa Chaniev (13-1, 6 KO). Commey’s only losses were both by split decision, to Robert Easter Jr and Denis Shafikov back in 2016. Chaniev has won three straight after a loss to Fedor Papazov in 2017.

The Valdez-Tommasone and Commey-Chaniev bouts will air on ESPN starting at 10 pm ET, with Alvarez-Kovalev II and Lopez-Magdaleno following at Midnight ET on ESPN+. Wil Esco will be here for the round-by-round coverage.