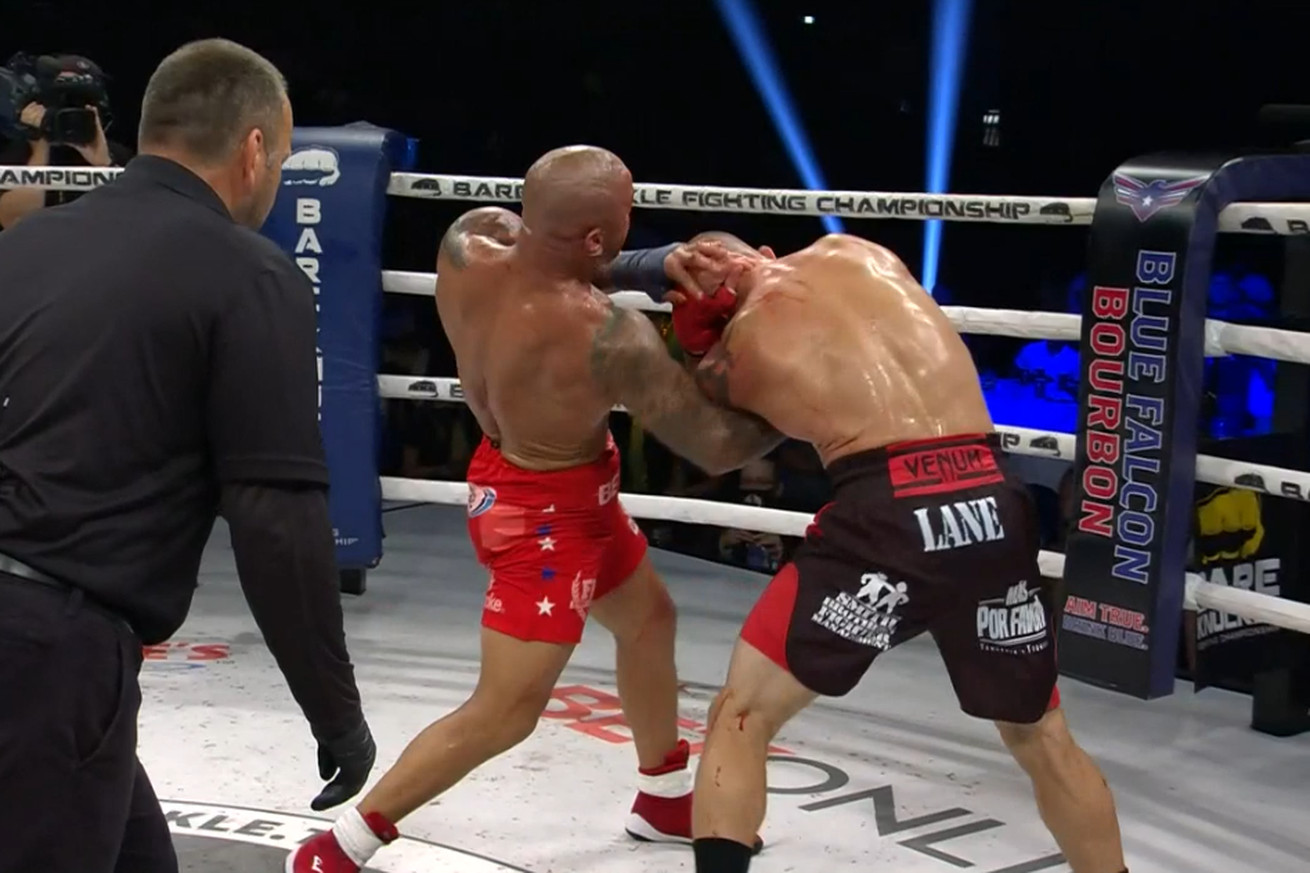 The 36-year-old Alves, who fought 27 times in UFC and has a career 23-15 record in mixed martial arts overall, was in against a guy who’s had some pretty good bare knuckle experience already in the 33-year-old Lane, who had several fights already in BKFC and other bare knuckle ventures, and is also a 12-8 MMA veteran himself.

Replacing Phil Baroni on very short notice, Lane fought with confidence and skill, and seemed the more fully comfortable early on, which isn’t a huge surprise given that, again, he has more experience in this discipline. But Alves got himself into the fight, settled in a bit, and was able to take two cards of 48-47, compared to one that went 48-47 in Lane’s favor. For what it’s worth, BLH had it 48-47 for Lane, but it was an incredibly close fight, truly, and there is no controversy here.

“That was a hell of a welcome,” Alves said of his BKFC debut. “It took me a little bit to get my distance, it’s a different sort of fight. But hats off to Julian, man, he’s a hell of a warrior.”

“I fought a guy that has seven fights (in bare knuckle) already. I kinda came into his home and I think I did pretty well, but I’m just going to get better,” Alves added. “I’m excited to bring a belt home to my team. That’s my goal.”

The 42-year-old Lombard, who made his BKFC debut with a win in February, put the 37-year-old Grove down three times and finished things at 1:50 when the referee had seen enough. The much taller Grove just never got anything going from the outside, which had to have been his plan, and kept circling into the southpaw power of the Cuban veteran. Grove is no total bum or anything, he’s a very experienced fighter with a 23-18 MMA record and won “Ultimate Fighter 3” — albeit many years ago for that — but Lombard just bombed him out. Grove couldn’t get out of the way, and couldn’t stay up.

Lombard, a former Olympic judoka, saw his MMA career peter out pretty hard after 2014, losing his last six fights in UFC. But he may have found a new venture where he can compete and be a contender again.

BKFC’s next event is set for Oct. 10 in Kansas, and will feature the bare knuckle debut of former U.S. Olympian Nico Hernandez, who is 7-0 (4 KO) in pro boxing but never signed with a serious promoter after going pro in 2017.