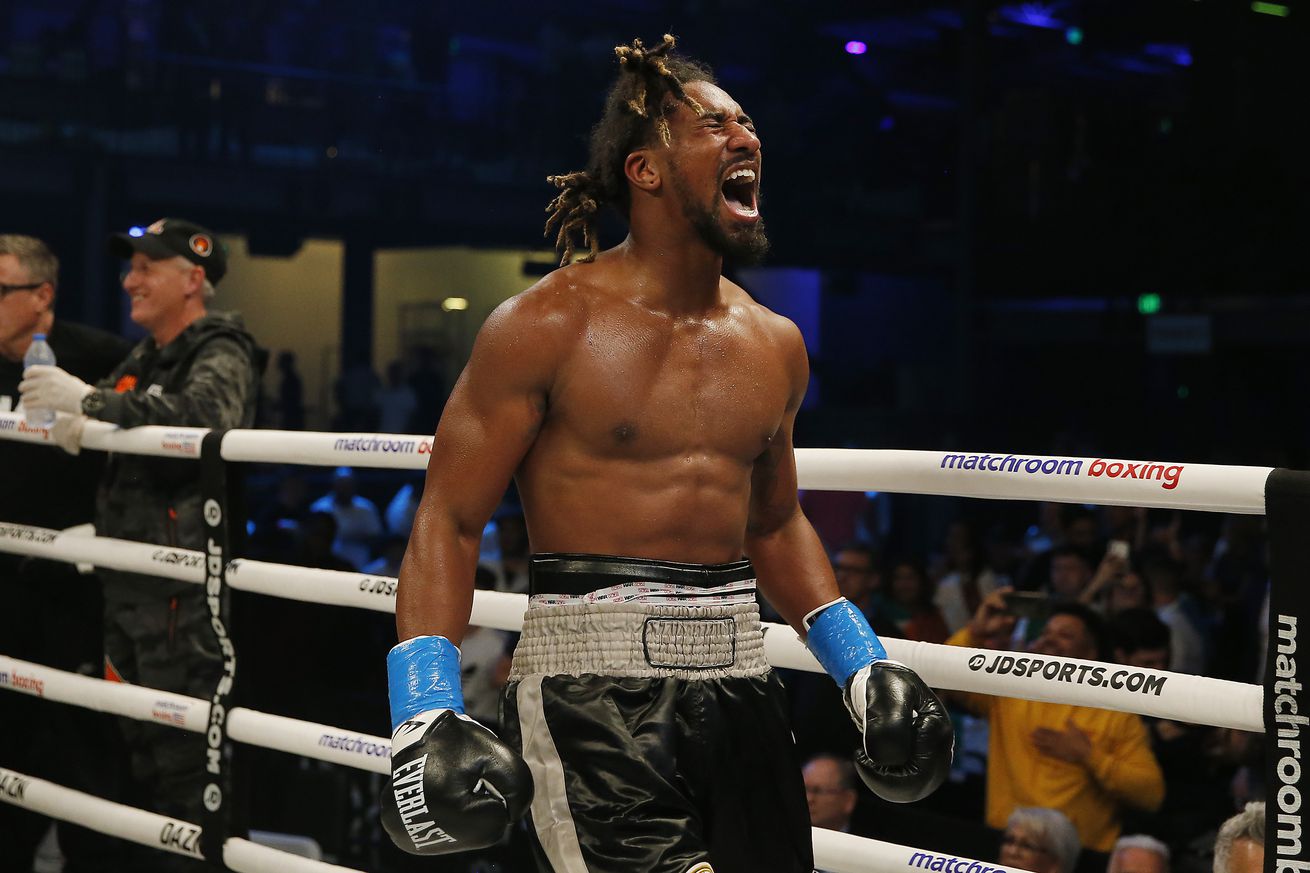 The 26-year-old Hernandez-Harrison (34-0-1, 20 KO) was a highly touted welterweight prospect at one point, but things went off the rails in 2016. After drawing with Mike Dallas and beating “Cornflake” LaManna for a regional trinket, Hernandez-Harrison was arrested on later-dropped gun charges and fell into a self-destructive spiral that kept him out of action for the next three years. He’s picked up a quartet of knockouts between 160 and 175 pounds since his return, none against noteworthy competition.

Also, I’m 90% sure either he or one of his managers wrote his Wikipedia article.

Andrade (29-0, 18 KO) has looked solid at 160 pounds, and though his toughest foe was Maciej Sulecki, he still figures to be a considerable favorite.

“It’s me again,” said Andrade. “I thought long and hard about this and at the end of the day, this is another opportunity for me to go out there, get another win, look spectacular doing it, and testing what my body feels like at 168 pounds. I am fighting a young, undefeated guy, who was a good amateur and has been waiting for his moment. This is his moment, fighting me. I need to make sure I’m ready because he’s hungry and beating me changes his life.

“Is this the big fight I wanted, or have been chasing? No. But what am I supposed to do? Sit here and keep waiting for someone to answer the phone or accept one of Eddie’s offers? I’m in the prime of my career and I want to stay busy and fight as much as possible. With everything going on with COVID, you don’t know what’s going to happen. I have the opportunity to fight now, and I’m taking it. My job is to go out there, take care of business on November 27 and then 2021, it’s time for one of these big names to step up to the plate. You can’t duck me forever. Let’s give the fans what they want and deserve to see.”

“This is the opportunity I have been waiting for my entire life,” said Harrison. “This is why I started boxing. All of the time I have dedicated to this sport, I finally get my opportunity to show the world who I am and what I am capable of on November 27. Demetrius talks a big game, and says he is the boogeyman of the division, but who has he fought? Then he goes out, fights whoever it is, runs around the ring, picks up a win and goes back to running his mouth. He says that he is one of the best pound-for-pound fighters in the world, then ok, so be it, on November 27 I take his spot. I know that people are going to doubt me going into this fight, and that is fine. That fuels my energy. Keep doubting me. Andrade doesn’t know what he got himself into. He better be ready when we step into that ring because I coming for him.”