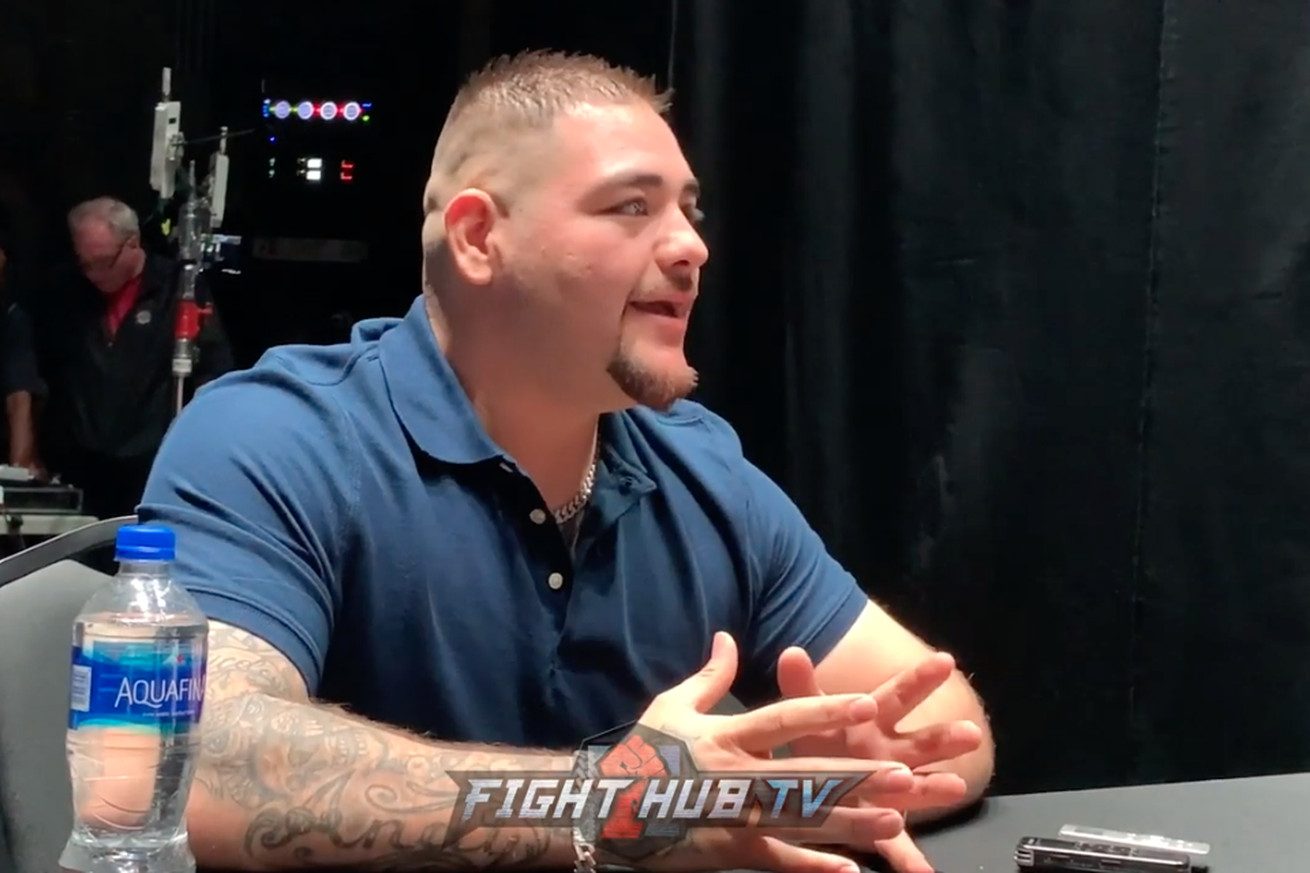 Andy Ruiz Jr thinks he can win by decision, but also feels he needs the knockout.

He spoke with media after today’s final press conference.

On whether or not he’s sensitive about being called fat

“Yeah, at one point I was a little sensitive about it, when I was young. I was always this big kid, since I was a little kid. My first amateur fight, I was seven years old. There was no kids at my weight at that age, so I always had to fight older guys and men, because I was always a bigger guy than everybody else.

“It took a little bit to get used to it, but it kinda gave me the extra motivation to keep pursuing my dream. It would put me down at times, but I would just block out the negative to the side and just pursue me.”

On this fight coming at the right time

“I just got done fighting Dimitrenko on April 20, so it wasn’t too far. I was already in shape. After we were done with that camp we pursued another camp, so I think it all came in place.”

On what he has to do differently against Joshua

“Just let my hands go, have fun, and do what I do best, and that’s get the victory.”

3 thoughts on “Andy Ruiz Jr: ‘I feel I do need to get the knockout’ against Joshua”