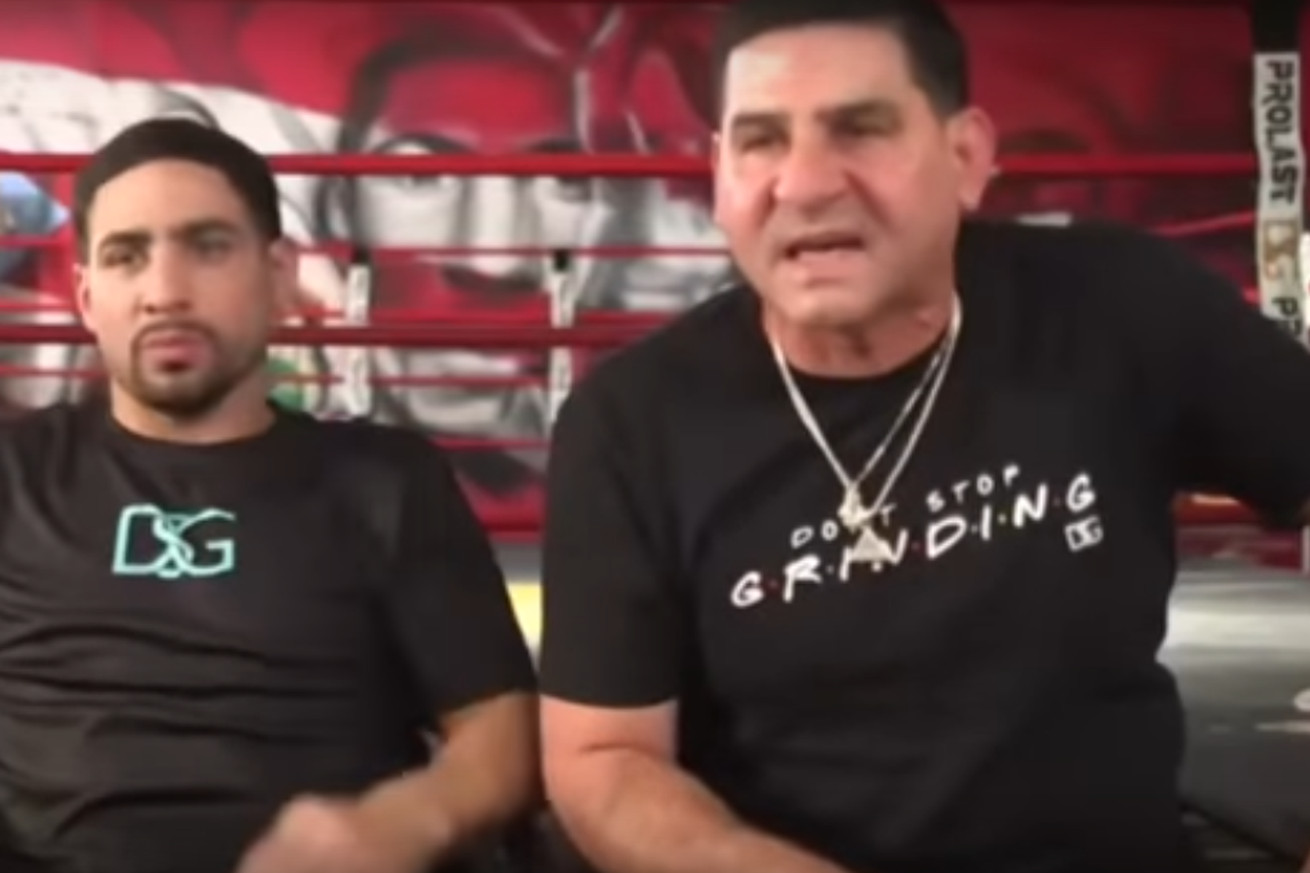 Just for the record, trainer Angel Garcia isn’t looking to take any insights away from Errol Spence’s dominant win over Mikey Garcia. Let’s just make that clear, because when a reporter posed that question to Errol Spence — about what the Garcia’s might take away from that fight — Angel wasn’t too pleased.

“I don’t know,” Spence began. “I made that fight look easy. It was easy. I had sparring harder than that. So, I mean, I don’t know. I don’t think you can learn anything from that fight, really. Well, there’s always something to learn but that fight was so easy that sometimes I got unfocused.”

When the reporter responding by restating the question as it pertained to Danny Garcia, Angel got a little hot…

The reporter then tried to steer away from that to direct another question back to Danny, but Angel still wasn’t having it.

“Listen man, don’t even answer that,” Angel said to Danny. “Get this idiot of there, man. Hang up! He’s an idiot.

“Listen, man, I hate idiot writers. They the ones that write all this bullcrap about all these fighters but they never got clipped on the tip of the nose. They act like they know these fighters, they don’t know these fighters! They gotta ask real questions, was he listening?! I said we didn’t learn nothing from that fight!

“What we learn from that? That was easy money for Spence. I woulda took that money too. We wanted that fight! What the fuck.”