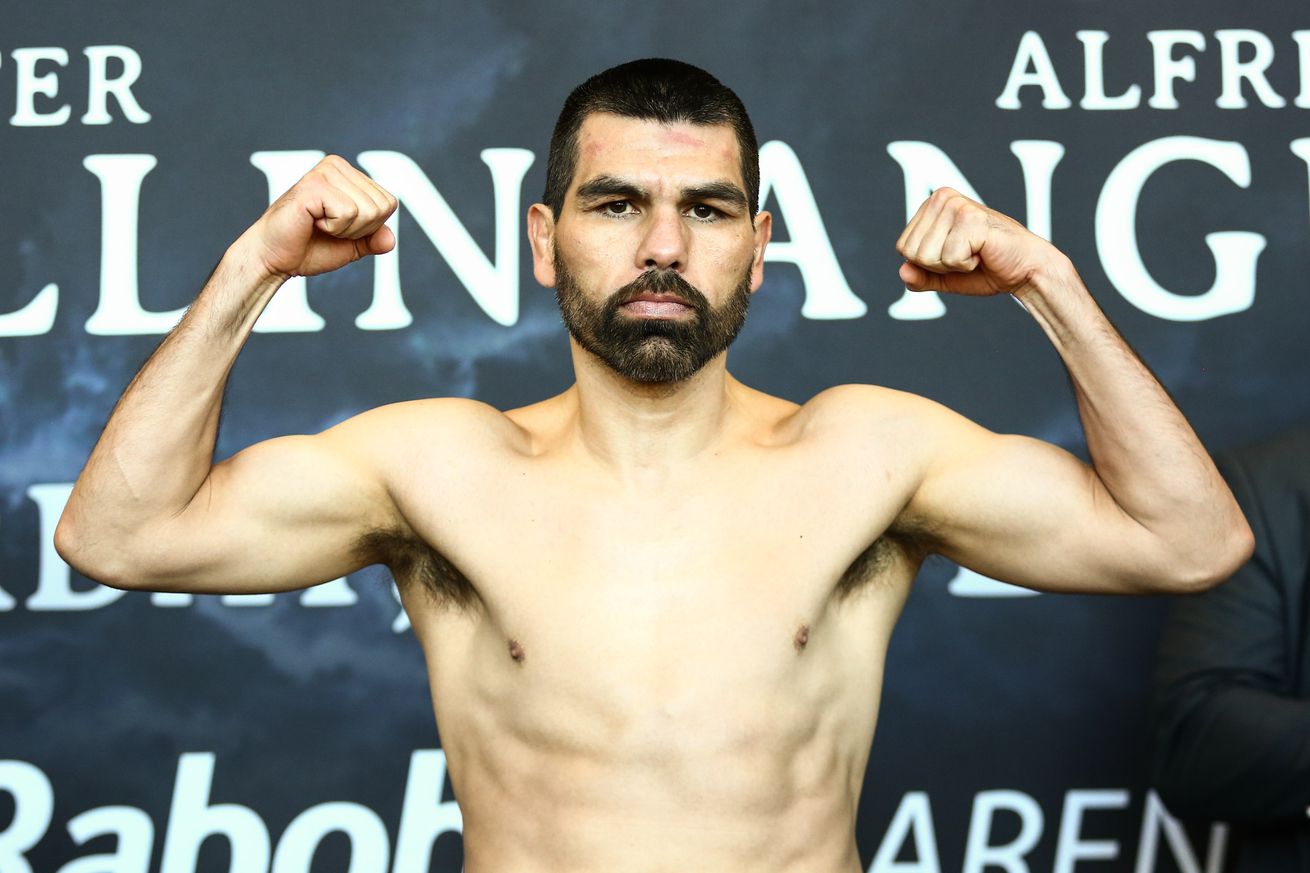 “Perro” picked up his best win in roughly a decade.

The 37-year-old Angulo never dropped Quillin, and was so slow of hand and foot that he was never able to capitalize when he did hurt Quillin — which, again, he did quite often. But Quillin’s pit-a-pat punching wasn’t doing any damage, either, and he was never really the aggressor in the fight, effective or otherwise.

CompuBox had Quillin, 36, landing 291 of 694 (42%) punches and 152 of 350 (43%) power punches. These are good connect rates, and much higher overall total than Angulo. But Quillin’s punches never seemed to have anything on them, in part because his footwork looked awful and uncoordinated, and he never seemed particularly set in there, able to sit down on something.

It has to be said that neither of these veteran fighters looked good in this one. Angulo looked as he’s looked for years — hard-nosed and determined, but extremely slow and limited. His performance, other than the win, was no surprise. Quillin, on the other hand, looked shockingly worse than he did just a year ago against J’Leon Love. He appeared neither mentally nor physically there in this fight, which is not to discount that he was also tough and stayed in there for the full 10 rounds.

It was, in its way, an entertaining fight. Good matchmaking doesn’t just come at the tip-top levels, it also comes at the levels below. Two fighters of equal levels of being past-prime can make for a good if ugly scrap, which we got here.

But if there’s any idea to putting Angulo in with someone like Caleb Plant or next weekend’s Anthony Dirrell-David Benavidez winner, that should be shot down by someone immediately. Angulo has no business in the ring with those guys at this stage of his career and would likely have problems style-wise with someone like Denis Douglin, even, though that would be a much more palatable matchup.

And I want to be clear that I’m not trying to rain on Angulo’s parade — this is a big, big win for him — or dump on either fighter. They fought with a lot of heart tonight, but the limitations of both were on full display. They were also both gracious in their post-fight interviews, with Angulo thanking new trainer Abel Sanchez, and Quillin saying he’ll sit down with his team and decide on his future later.