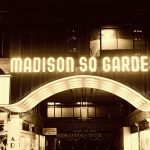 Over the years Madison Square Garden in New York has hosted some of the biggest fights in boxing. Throughout its illustrious history, dating all the way back to 1879, it’s been remodeled and moved three times.

As well as boxing, “The Mecca,” as it’s affectionately known, is a regular venue for other sports including basketball, ice hockey and professional wrestling. It also hosts political rallies and circuses (some would say the two are one and same thing) and concerts.

From a boxing standpoint The Garden is considered home. It was the site of the first Muhammad Ali-Joe Frazier fight in 1971. Before and since that time many of the world’s best fighters have competed there. The building seems to have a special affinity with the fight game and in no division more than heavyweight.

The following is a look back at over 100 years of heavyweight championship action which took place at MSG:

March 25, 1916 – Jess Willard NWS 10 Frank Moran: Willard beat Moran by newspaper decision in the first heavyweight title fight at Madison Square Garden. Willard was fighting for the first time since he unseated the legendary Jack Johnson a year earlier. The majority of those is attendance believed Willard won most of the rounds.

December 14, 1920 – Jack Dempsey KO 12 Bill Brennan: During the thick of Dempsey’s prime, he survived a rocky moment in the second round to beat up on Brennan until he folded him over with a pair of body shots in the 12th round.

June 13, 1935 – James J. Braddock UD 15 Max Baer: Braddock, a down on his luck light heavyweight contender, stepped up to heavyweight and won three fights before being awarded a title shot against Baer. A motion picture, Cinderella Man, depicted Braddock’s unlikely rise from poverty during the great depression. Braddock surprised Baer to capture the heavyweight title over 15 exciting rounds.

February 23, 1938 – Joe Louis KO 3 Nathan Mann: Early in Louis title reign he went through Mann like a knife through butter, picking apart the Connecticut native for the early stoppage.

January 25, 1939 – Joe Louis KO 1 John Henry Lewis: Louis gave his friend and former light heavyweight champion a title shot but that was all he gave him. Louis dropped his opponent three times in the opening round and won with ease.

February 9, 1940 – Joe Louis SD 15 Arturo Godoy: Louis was given all he could handle by the brave Chilean, who pressed the action throughout. “The Brown Bomber” struggled to find his rhythm and barely kept his title. Louis later proclaimed, “That was the worse fight I ever had.” March 29, 1940 – Joe Louis TKO 2 Johnny Paychek: Louis returned to MSG quickly and dropped Paychek three times in the opening round. The writing was on the wall and Louis finished the job in the second with his famed right hand.

January 31, 1941 – Joe Louis KO 5 Red Burman: Louis was given a tough early test before ending matters with a debilitating body shot in the fifth.

January 9, 1942 – Joe Louis KO 1 Buddy Baer: Several months earlier they met for the first time and both men were on the canvas. That fight ended in spurious circumstances and a rematch was made. This time Louis jumped on the naturally much bigger man, dropped him three times and secured a first-round KO.

March 27, 1942 – Joe Louis TKO 6 Abe Simon: Louis gave up 48 pounds in weight but was far too good for Simon. The brave but overmatched New Yorker was down three times during their bout before the referee intervened.

December 5, 1947 – Joe Louis SD 15 Jersey Joe Walcott: Louis made the 24th defense of the heavyweight title and was given all he could handle by Walcott who dropped “The Brown Bomber” in the first and fourth rounds. Ringside opinion was that Walcott deserved the decision.

March 22, 1967 – Muhammad Ali KO 7 Zora Folley: Folley was able to land a few shots and make the champion miss on occasion. Ali, however, played to the crowd and seemed to carry Folley for a few rounds before closing the show in impressive fashion midway through the seventh. This was the final fight of Ali’s first title reign.

February 16, 1970 – Joe Frazier RTD 4 Jimmy Ellis: Frazier, a 6/1 pre-fight favorite, stalked Ellis from the opening bell and dropped him heavily twice in the fourth round. Ellis was in no position to come out for the fifth and Frazier captured the WBA and vacant WBC titles with the victory.

March 8, 1971 – Joe Frazier UD 15 Muhammad Ali: Following a three-year exile from the sport, Ali returned with two stoppage wins and put Frazier on notice. Both men finally collided in “The Fight of the Century”. Ali started fast but Frazier came roaring back and dropped Ali in an iconic 15th round. September 29, 1977 – Muhammad Ali UD 15 Ernie Shavers: Ali, now 35, had visibly slipped from his prime but “The Greatest” still had enough to outpoint one of history’s biggest punchers.

June 22, 1979 – Larry Holmes TKO 12 Mike Weaver: Although Holmes was always a step ahead, Weaver, a big underdog, had his moments. Just before the bell to end the 11th, Holmes decked the challenger with a stunning right uppercut. The minute rest wasn’t enough and Holmes charged to victory in the following round.

December 12, 1986 – James Smith KO 1 Tim Witherspoon: Witherspoon had previously outpointed Smith in a non-title bout. Eighteen months later, with Witherspoon now the WBA titleholder, they met for a second time after Tony Tubbs pulled out. Smith made the most of his opportunity, blasting the defending champion to the canvas three times in the opening round to score an unlikely title triumph.

February 6, 1993 – Riddick Bowe TKO 1 Mike Dokes: After besting champion Evander Holyfield, Bowe met faded former titleholder Dokes in his first defense. The challenger was on a nine-fight win-streak but at a much lower level. This was a mismatch. Bowe dropped his opponent early and pounced on him to score the quick finish.

March 13, 1999 – Lennox Lewis D 12 Evander Holyfield: In front of a sellout 21,284 crowd, the consensus top two heavyweights attempted to unify IBF, WBA and WBC titles for recognition as undisputed champion. While the vast majority believed Lewis did enough to win, the judges weren’t in agreement and the bout was scored a draw. Lewis (right) backs Holyfield up with the jab. Photo from The Ring archive

April 29, 2000 – Lennox Lewis KO 2 Michael Grant: After beating Holyfield in their rematch, Lewis met up-and-coming heir apparent Grant. It turned out that Grant was more suspect than prospect and the American was quickly vanquished in two rounds.

April 17, 2004 – John Ruiz TKO 11 Fres Oquendo: This scrappy fight was evenly poised entering the championship rounds. In the 11th Ruiz broke through with a combination which hurt Oquendo, who was stopped on his feet.

April 17, 2004 – Chris Byrd D 12 Andrew Golota: Golota hadn’t earned this title shot, but he threatened to make the most of his opportunity. Golota was a Jekyll and Hyde character and this turned out to be one of his good days. Ultimately the judges couldn’t pick a winner and Byrd retained his title.

November 13, 2004 – John Ruiz UD 12 Andrew Golota: Ruiz recovered from a pair of second-round knockdowns to gut out a razor-thin unanimous decision. In the eyes of many Golota had done enough to win, but the snake-bitten Polish fighter was unable to get over the line in any of his four title attempts.

November 13, 2004 – Chris Byrd SD 12 Jameel McCline: Byrd, an Olympic middleweight silver medalist turned heavyweight titleholder, gave up 56 pounds, four inches in height and eight inches in reach. He was on the canvas in the second but rebounded to use his superior speed and skills to edge the much bigger man.

November 11, 2006 – Wladimir Klitschko TKO 7 Calvin Brock: Having won the IBF title earlier in the year, Klitschko made his first defense against Brock, 2000 U.S. Olympian. The previously unbeaten Brock was no match for “Dr. Steelhammer” who picked him apart in seven rounds.

April 25, 2015 – Wladimir Klitschko UD 12 Bryant Jennings: Klitschko won a wide but uneventful unanimous decision over Jennings to retain his WBA, IBF and WBO titles. It was Klitschko’s final defense and the final win of his sure-fire Hall of Fame career.

The post Anthony Joshua-Andy Ruiz Jr. and the return of heavyweight championship boxing to Madison Square Garden appeared first on The Ring.