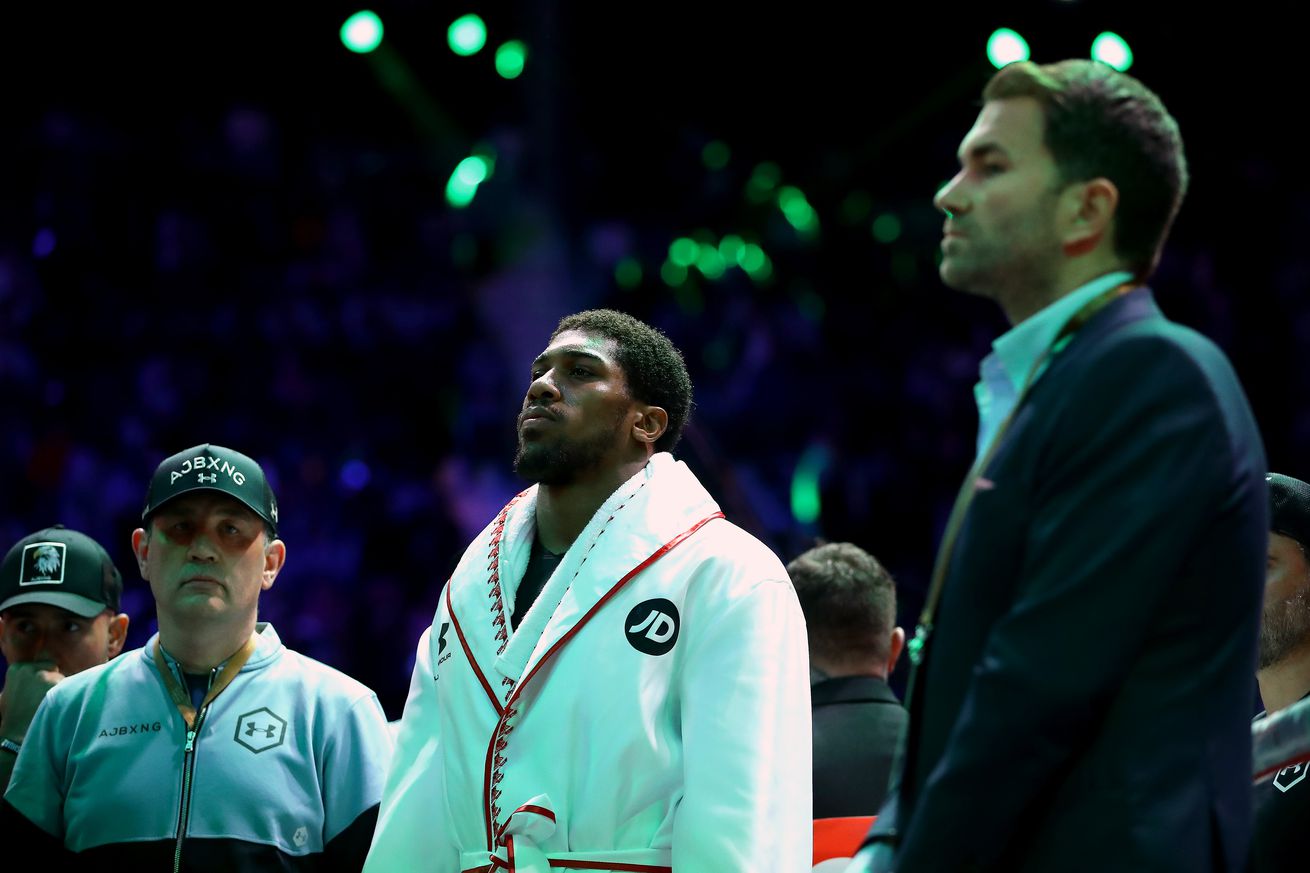 Joshua’s team aren’t completely ruling out a Croatian venue but would much prefer to fight at home.

As things currently stand, Matchroom promoter Eddie Hearn has confirmed that the plan is for Anthony Joshua to make his mandatory IBF title against Kubrat Pulev, but that fight isn’t expected to happen before September. The real question at the moment is where the fight weill be held. Originally it was slated for the Tottenham Hotspur Stadium prior to the coronavirus pandemic, and since Pulev’s team has been lobbying to move the fight to Pula Arena in Croatia.

But it seems as though Joshua and Hearn aren’t completely sold on the idea of moving the fight outside of the U.K. if they can manage it, as Hearn relays to Sky Sports.

“Wouldn’t it be great to come through all this and stage a world heavyweight title fight in the UK this year. For us, that is the absolute focus and if that’s taken out of our hands, we will look at other options around the world.”

Hearn still hasn’t completely ruled out the idea of the Croatian venue, with Pulev’s team saying they have secured the location with along with sponsors and approval from the local municipality, but they’re waiting on an amicable agreement from Joshua’s side which would like to avoid it if at all possible.