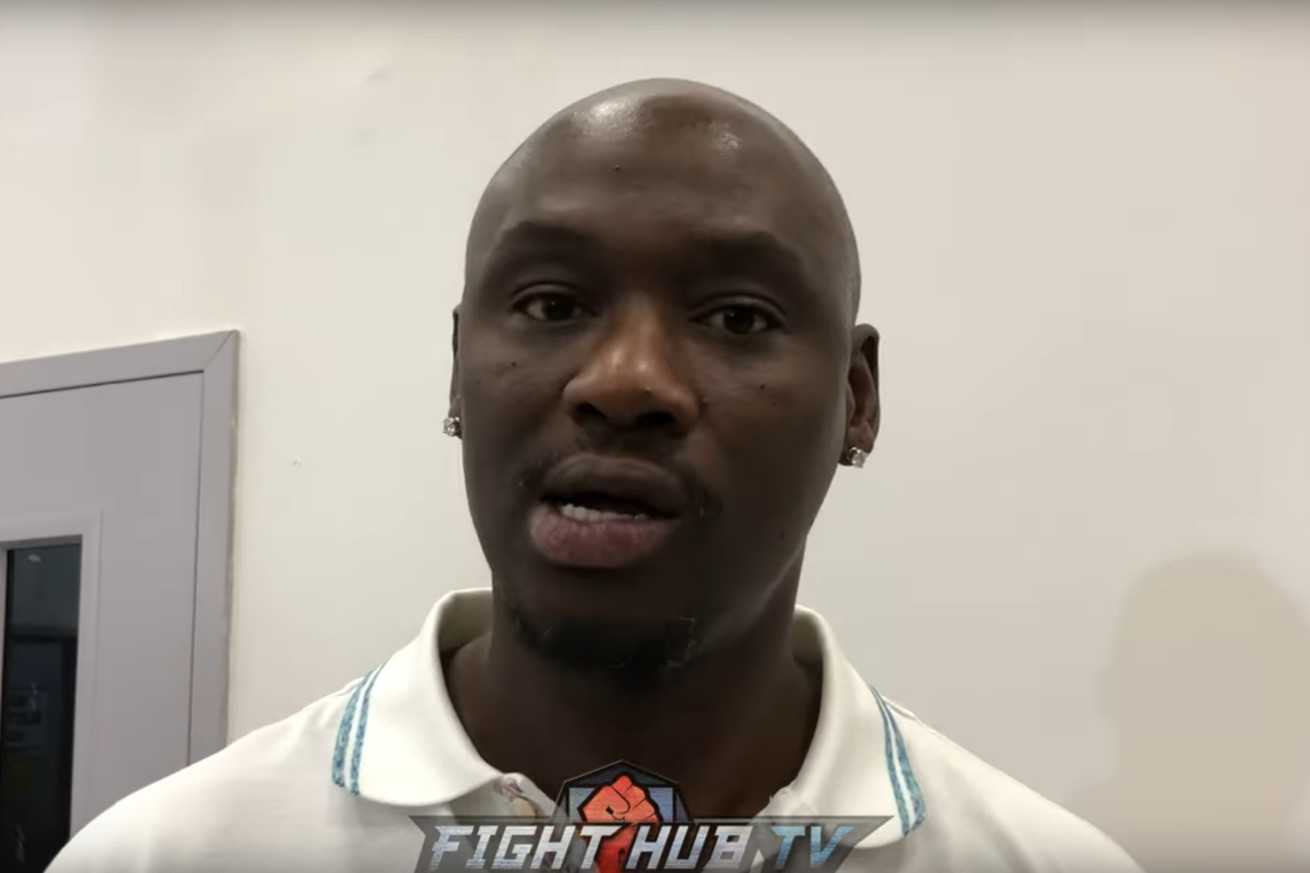 Tarver says Joshua’s team failed him, but that he knows how to remedy the situation.

Former champion Antonio Tarver throws his hat into the ring, saying he knows what Anthony Joshua has to do in order to beat Andy Ruiz in their rematch while saying he’d like to train him for it. Tarver specifically says that Joshua’s whole team failed him for that fight, knowing that he hadn’t put the work to properly prepare for that outing. Check out more what he had to say below…

Tarver on the Joshua-Ruiz fight:

“That was great for boxing. Unexpected, but it was great for boxing. It let’s these guys know, man, that with hard work and determination you can beat anybody, you feel me? So that’s what we all live for, that underdog. When the underdog wins, man, there’s no greater feeling because Andy Ruiz dream came true. Everything he was putting in the ring year after year after year, all the times that he stayed focus, it was for that moment of opportunity. He seized it, and that’s what it’s all about. That’s why boxing is the greatest sport alive.”

On if Ruiz beats Joshua in the rematch:

“He can beat Joshua in the rematch because if you saw that fight you understood that skills, the skills are right on the same level. Anthony Joshua couldn’t outclass Andy Ruiz — I don’t think on fight night, I don’t think on any day. So what does that mean? That means Anthony Joshua gonna have to go to work! He’s gonna have to go to work and be deliberate about what he’s training and how he’s training and preparing. And he needs a teacher in his corner. He needs somebody to lay down the game plan, map out that game plan, break Ruiz down, and give him the best game plan to win. I know what that game plan is! I can’ institute that in Anthony Joshua and I put my name on the shortlist.

“I’m not saying that his trainer failed him. I’m saying everybody failed him, his manager and promoter. Because if they were on Team AJ they should’ve cared enough to pull his coat if he wasn’t taking care of small details. That’s what a trainer’s responsibility is, to make sure the camp, that paying attention to detail when it comes to the fighter. And I think that message gets lost in the whole scheme of things.

“A trainer’s that’s been there ain’t gonna get excited ‘cause they’re going to New York and they’re on PPV. He’s been there, he’s done that — he’s gonna stay focused on the task at hand. And a lot of times these guys get their heads caught up in the clouds too, because they’re going places they’ve never been. How you gonna know how to act?! How you gonna know how to react if you going somewhere you never been? I been to that mountaintop time and time again. It’s familiar to me. That’s the difference.”

On if he thought Joshua looked ‘off’ in that fight:

“He looked like he didn’t train, he didn’t prepare, mentally and physically. Completely! He wasn’t ready to fight a real fight. Anybody could’ve beat him that night. He wasn’t mentally ready, prepared for a real tough fight.

“246lbs on the scale. If you had a real training camp and you 246lbs, how much weight did you lose in training camp? Were you 265? There’s a good chance he was. He was too bloated, all that water in his muscles. Come on, man. When that lactic acid get in there you can’t fight! And fatigue make cowards out of all of us. He didn’t put the work in. He thought he could turn it on at any time and get Ruiz out of there. A big mistake! I made that mistake before against Eric Harding the first time. You’re human, but get back to the drawing board now. Don’t make the same mistake twice. If you do the same thing you did, expect the same results. It’s time for change.”