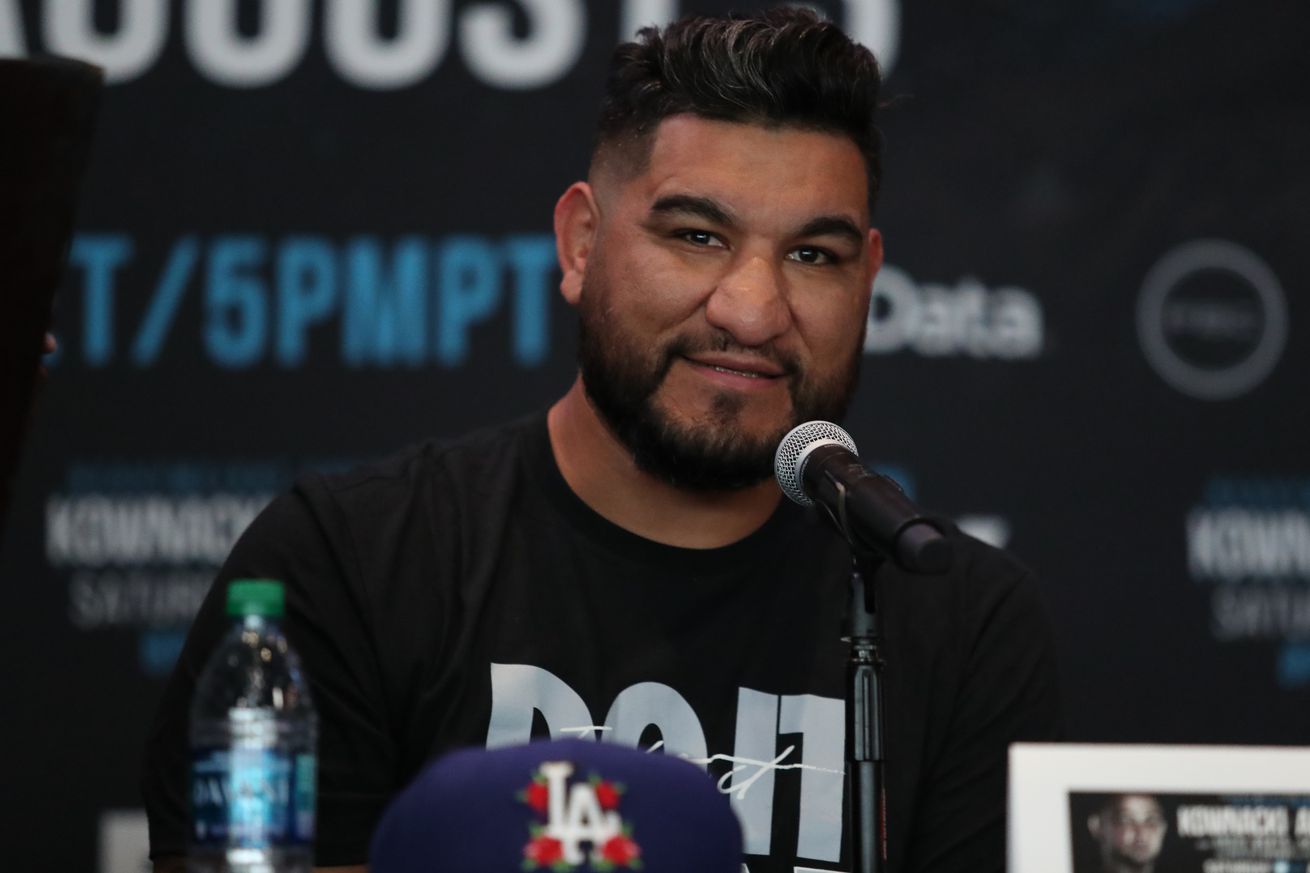 The two big Mexican-American heavyweights could square off this year.

A little over a month ago, it was reported that Andy Ruiz Jr could wind up returning to action late this year against Chris Arreola, with Ruiz looking to bounce back from a hugely disappointing performance against Anthony Joshua last December.

Ruiz, 30, parted ways with trainer Manny Robles — not that anyone rational blames Robles for Ruiz showing up to the Joshua rematch out of shape — and has officially linked up with Eddy Reynoso, the star trainer of Canelo Alvarez, Luis Nery, Ryan Garcia, and Oscar Valdez.

As for Arreola, the 39-year-old former title challenger is years past his best, but still looked durable and energetic in a loss last August to Adam Kownacki, throwing 1,125 punches, a record for heavyweights in the 34-year history of CompuBox tracking punch stats.

Arreola (38-6-1, 33 KO) has always been a fearless if flawed brawler, and while he’s hinted at retirement, he does confirm that talks are ongoing to face Ruiz (33-2, 22 KO), and that it’s basically the one possible fight that can get him back in the ring:

“[The discussions] are looking fairly good. Looking very good. I’m actually very excited for that fight. I think that’s the only fight that looks promising for myself. If that fight doesn’t come around, then you know, I’m okay with staying at home. … I think the boxing fans will love a boxing fight with two Mexican heavyweights that are going at it.”

I’m fully aware that some people will scoff at this because Arreola is past his prime and never quite got over the hump even when he was in his prime, losing title fights against Vitali Kiltschko in 2009 and Bermane Stiverne in 2014, among other bouts. But to me, Arreola’s right — this sounds like a potentially really entertaining matchup in terms of just being a good fight to watch. Ruiz would be the favorite, he’s a better boxer than Arreola and notably younger, but Arreola does not come to roll over, and Ruiz would have to be in good shape to avoid risking a major upset.

So yeah, I’m up for it as a fan. It’s “comeback” material for Ruiz, or at least it should be, but nothing with Ruiz is guaranteed, and style-wise, Arreola will make him earn it if nothing else.