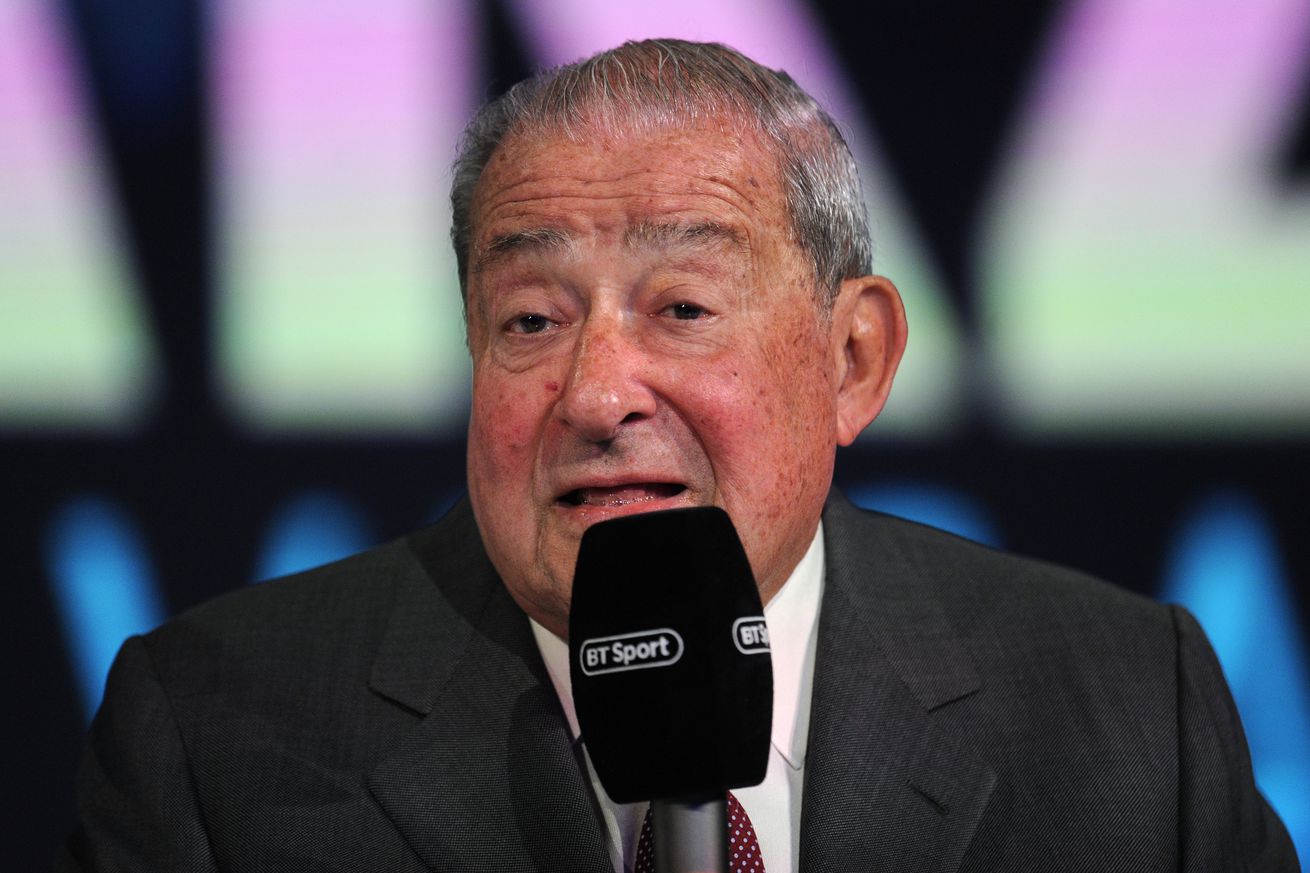 Arum says Pacquiao’s cranium isn’t what it used to be.

In this video interview with Top Rank’s Bob Arum, the Hall of Fame promoter shares some of his thoughts and fears about Manny Pacquiao’s upcoming fight against Keith Thurman next month, being concerned for Pacquiao’s health.

Arum on if he thinks Pacquiao is still good enough to beat a fighter like Keith Thurman:

“Look, I love Manny Pacquiao. I have a whole history with Manny Pacquiao. So when you ask me a question like that, I’m really rooting for Manny Pacquiao, but you’ve gotta realize that he’s 41 years of age, and when a fighter has been around so long passes his late 30s and goes into his 40s, he’s not gonna be as good as he was in his prime.

“So I wish him the best and I hope he wins the fight but I am concerned, as I would be for any fighter, that when they get to a certain age that they probably should be fighting anymore. You know, I mean, the doctors will tell you that the cranium as you get older, thins out. So a guy that’s younger gets hit and the cranium absorbs the blow so that it doesn’t affect the brain matter. When they get older the cranium is thinner, and when you get hit it affects — that would be the worst thing in the world if Manny Pacquiao suffered brain damage at this point.

“Zab Judah, you know, he had bad habits but he was a terrific fighter. His fight with Mayweather was a really good fight, and Zab Judah is a perfect example of how dangerous it is for a guy to continue fighting into his 40s…Go past Zab Judah and look at Adonis Stevenson — 42-years-old, you know, he performed pretty good in the fight and in the last round took a beating from Gvozdyk and the referee did a good job, you know. He went through 11 rounds, I think he was winning the fight or it was an even fight, and then Gvozdyk got to him and knocked him out before the referee could stop the fight. And the poor guy has spent what, six, seven months in the hospital and even though thank God he’s recovered a little bit, he’ll never be the same again.

“You got to really pay attention to that, you know? And then they say ‘well what about George Foreman? He came back and won the title in his mid-40s’, but maybe Foreman is the exception that proves the rule.”

On if he’s ever told a fighter that he’d promote a fight for them even though he thought it would be best for them to walk away from the sport:

“Yeah, I’ve done that a number of times. And of course they never listen.”