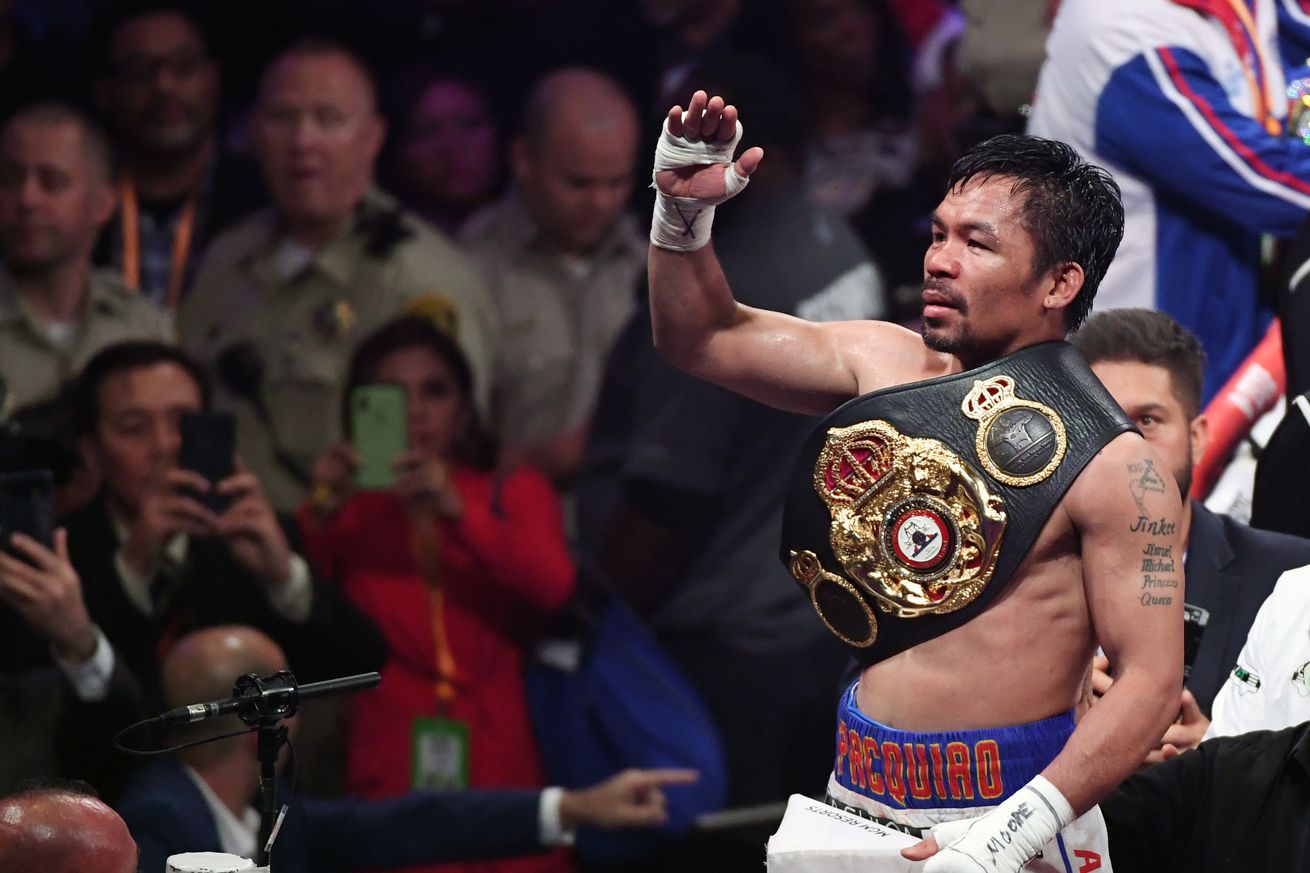 Top Rank is working with MTK Global for the potential event

Top Rank head honcho Bob Arum recently sat for an interview with iFL TV, laying out plans for some of his marquee fighters. In addition to confirming his earlier statements that Tyson Fury vs. Deontay Wilder 3 will take place in November or December, potentially in Macau or Australia, Arum provides an update on a potential clash between Manny Pacquiao and Terence Crawford, saying that he’s “in serious talks” with MTK Global to stage the fight in Bahrain by the end of the year.

MTK recently announced a “Global Boxing Summit” with Shaikh Khalid bin Hamad Al Khalifa, to take place this autumn in Bahrain. According to their press release, “following the summit the Kingdom of Bahrain will host its first ever world title contest, broadcast live to the US, UK and around the world.” Perhaps that could that be Pacquiao (62-7-2, 39 KO) vs. Crawford (36-0, 27 KO), a fight that would unify the WBA “super” and WBO welterweight titles. With Pacquiao out to prove he still belongs among the elite at 147 pounds and Crawford in need of a signature victory at the weight, it seems mutually agreeable from here.

The Middle East has become an increasingly prominent venue for combat sports in recent years, most notably with last December’s rematch between Anthony Joshua and Andy Ruiz Jr. in Riyadh, Saudi Arabia.