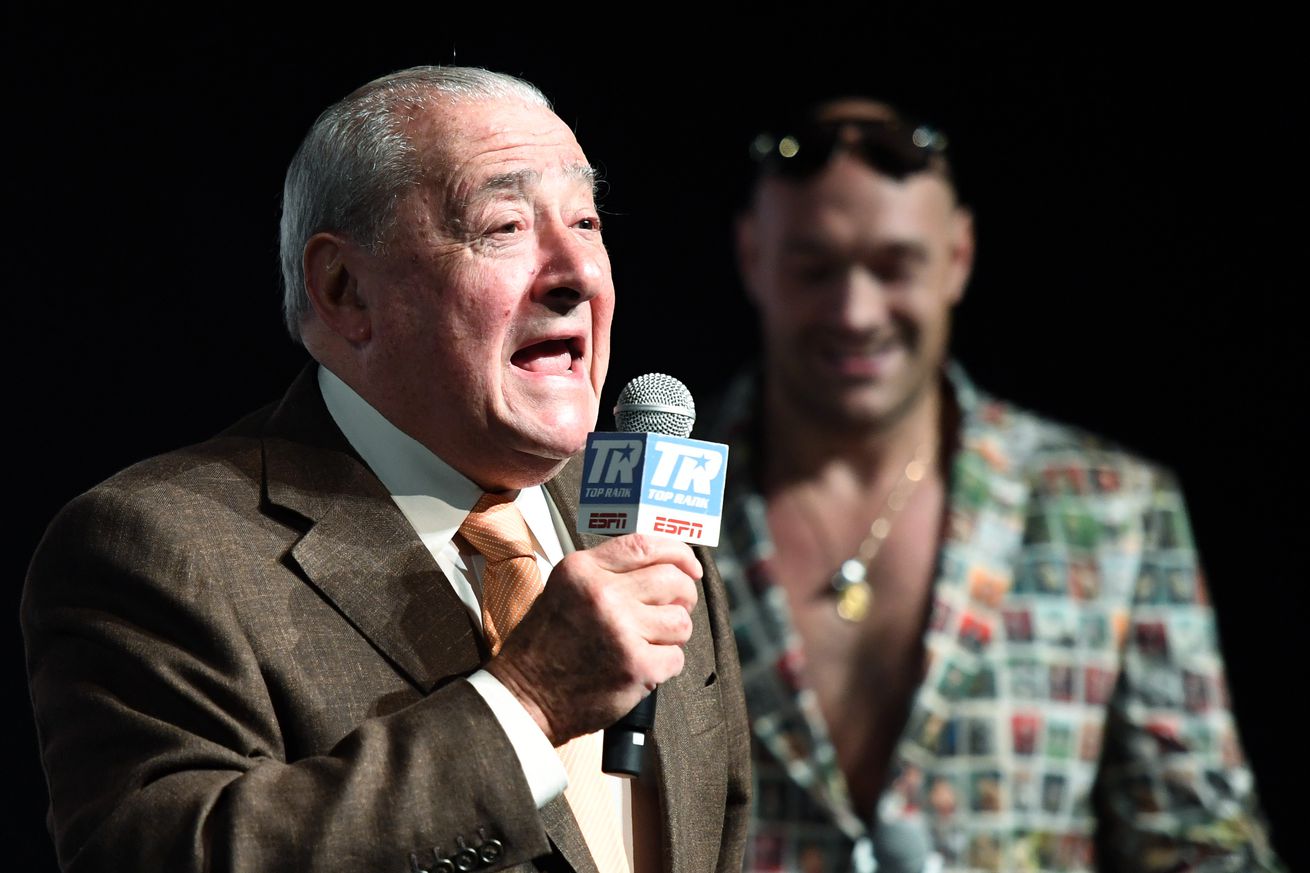 The Top Rank promoter fields questions on a number of topics.

Bob Arum on his plans for Terence Crawford:

“The plan for Terence Crawford is to fight in the fall. We still are optimistic that we can make the fight that everybody wants to see, and that’s Crawford against Spence. I think Spence wants that fight and hopefully we’ll get it done. If we can’t get it done we’re gonna put Crawford in with the best available welterweight. But Crawford is definitely fighting in the fall.

On the rumors that Spence is probably going to fight Shawn Porter:

“‘Probably’ is not fighting Shawn Porter. Obviously if that fight was made it would’ve been announced. So the fight can’t be made. Why can’t it be made? ‘Cause it’s not a pay-per-view fight, and nobody can afford the amount of money that Spence wants for a fight. The only way he can make that money is to fight against Crawford.”

On Spence’s name being named as a future Canelo opponent:

“Well, that really is not real. Not realistic at all.”

On Spence having just fought Mikey Garcia on PPV and it generally being hard for fighters to go back to fighting network television:

“Thank you. You’re absolutely correct. Because the money is so different.”

On how big a Crawford-Spence fight could be:

On having promoted some of the biggest boxing personalities in boxing history and how Tyson Fury fits into that picture:

“Well [Muhammad] Ali was very, very good and he could relate to the public and he said a lot of truthful things, but it almost like in cliches. Like ‘black is beautiful’ and all that. I mean that was very, very unique for its time. And then George Foreman wasn’t that open to the public but he laughed at himself and people loved him. This guy [Fury] is tremendously articulate, very, very smart — innately smart — so a lot of what he says is very, very interesting. And very topical, particularly when he talks about depression and the mental health issues that he had. It’s really teaching. I mean I’ve learned a lot from what he’s said, and I’m sure the public has. And that’s a major problem, mental health, and for him to attack it the way he has, I think has really done a tremendous service.”

On the word that the Wilder-Fury rematch is set:

“Wilder-Fury [2] is gonna happen. We’re gonna do — hopefully Fury gets by this fight — we’ll do another fight for him in the fall. Deontay Wilder has a fight in the fall against Ortiz, and then the plan is early next year to put them together.”

On how good a Wilder-Fury rematch could be considering the theatrics of the first:

On how the Wilder-Fury network situation can be ironed out:

“Well it’s easy. The same way that Mayweather-Pacquiao was. You have two distributors, hopefully it’ll be FOX and ESPN working together just the way Showtime and HBO worked together a couple years ago. I mean there is a situation where one and one is better than just one.”

On if he thinks Wilder-Fury II can do over one million PPV buys: