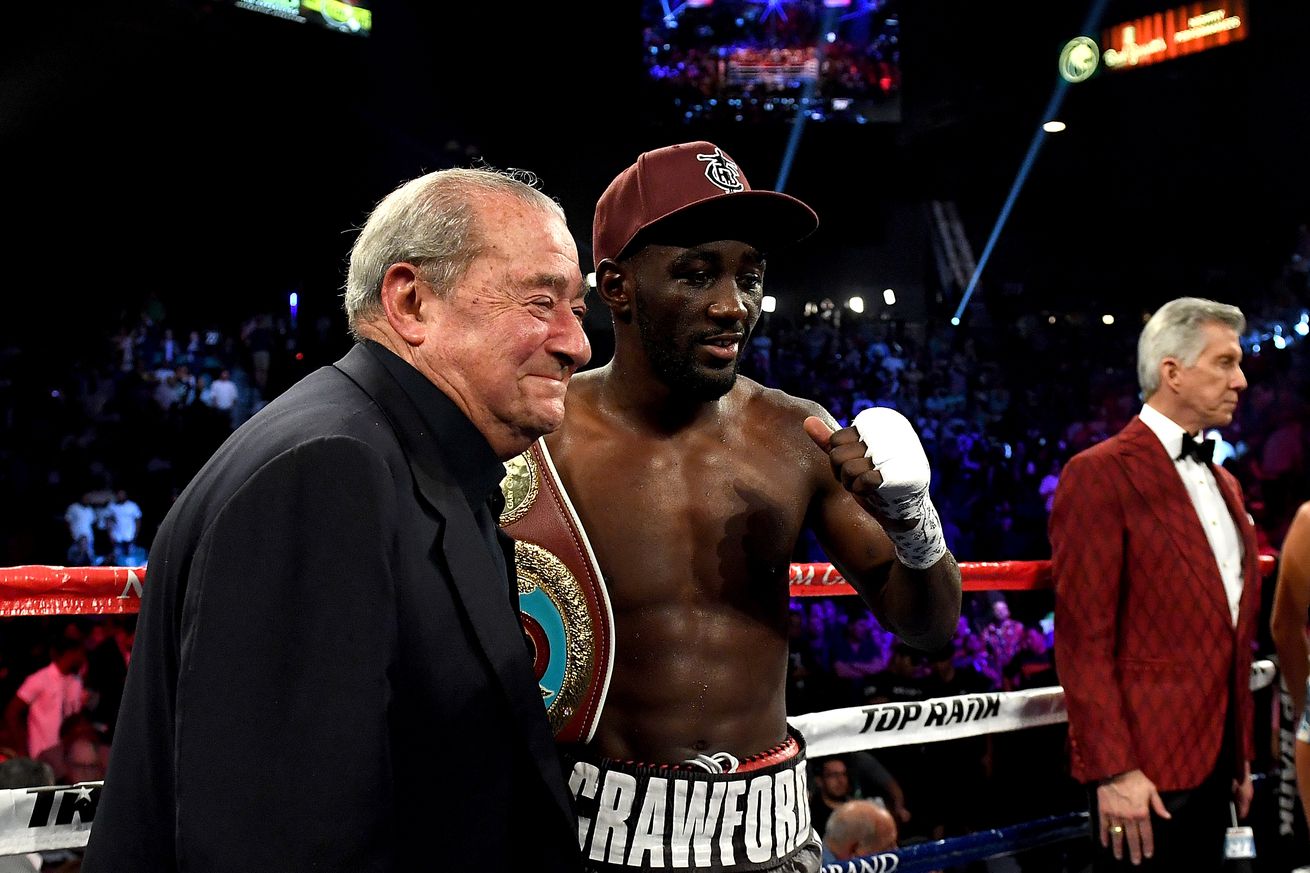 Arum has designs on landing a marquee opponent for Crawford.

While welterweight titleholder Terence Crawford is lined up to take on Kell Brook in his next outing, his Top Rank promoter Bob Arum has an eye towards even bigger fights for Crawford in the coming year, telling ESPN that he specifically wants to get Manny Pacquiao or Errol Spence in the ring with his man. Arum specifically wants to put one either one of those fighters in with Crawford in the first half of 2021.

“The next fight is going to be, as far as I can control things, we’re not going to fool around, it’s going to be Pacquiao or Spence.”

Arum claims he previously has a deal in place for Crawford-Pacquiao to take place in Qatar, but that local officials withdrew their support due to the COVID-19 outbreak. The Hall of Fame promoter would love to revisit that deal once the situation improves.

Making specific reference to a potential Crawford-Spence fight, Arum is confident he can stage that fight domestically, within the U.S. To that end, Arum believes it would be mutually beneficial for Al Haymon to work out a deal with him to stage the fight because they could mitigate the financial risks for one another.

“It’s to everybody’s benefit for us to do it together. If the fighters want guarantees, I think Haymon would be reluctant to face that bill himself. If it cratered, he would lose a lot money. This way he would have a partner in the money.”

If this could come together it would be a pretty big deal for Crawford’s legacy, as he’s obviously held in high regard, but his lack of quality opposition has been the one consistent knock against him.