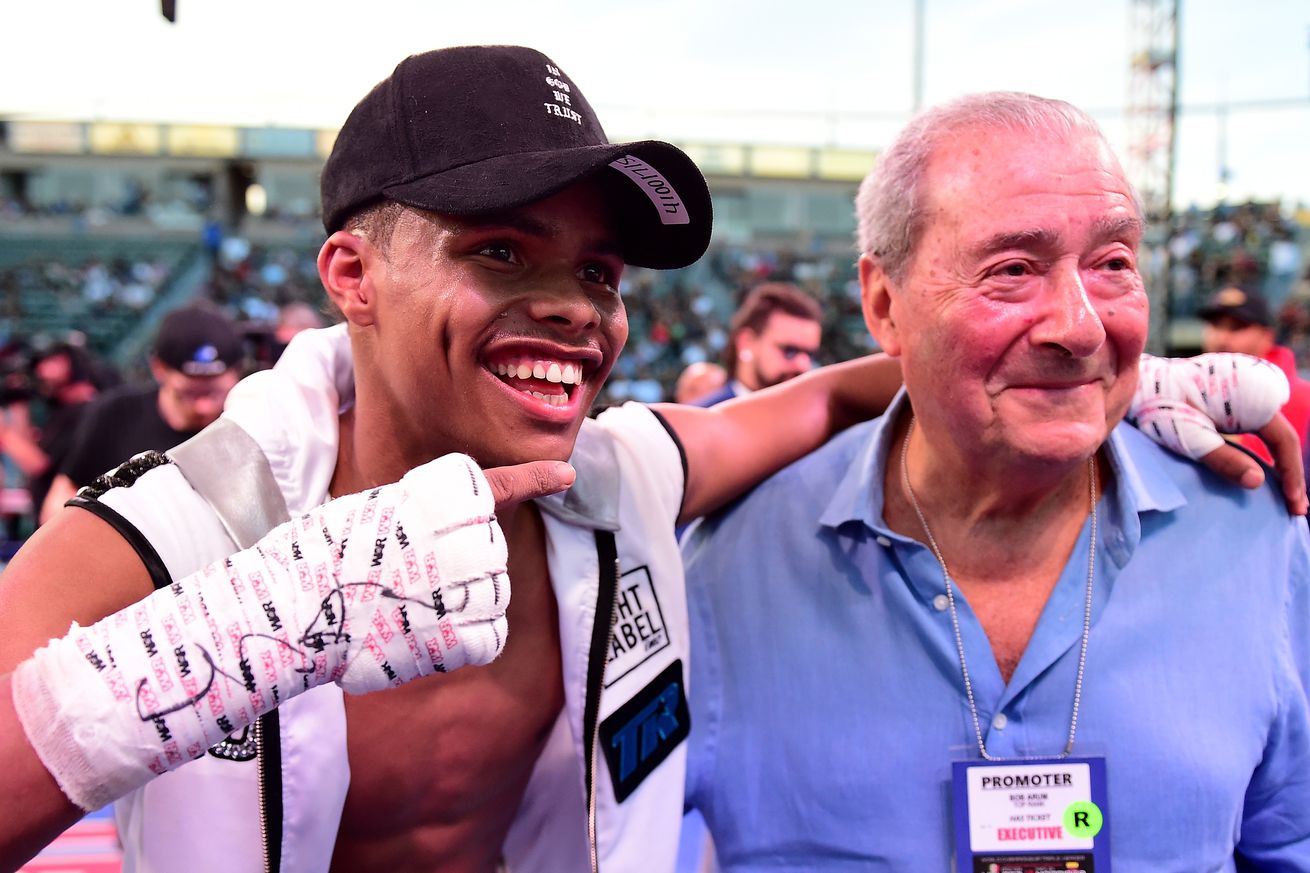 With many major events being canceled or now being scheduled to run without fans in attendance, Bob Arum says Top Rank’s two upcoming shows in New York are still on for now.

The boxing world is just like the rest of the world, in that the subject of the coronavirus is not far off anyone’s mind, especially if they are watching or listening to the news, surfing social media terrain, or even just going out and about around people.

There hasn’t been such a subject as all-consuming in America since Sept. 11, 2001 got seared into our heads, and no, we don’t recall something embracing us with the tentacles mentally like coronvirus has. Now, some folks are of the mind that this is much ado being made of nearly nothing, and yes, many are citing the President who has repeatedly compared the “novel” virus to the flu. And many responders are seeking out information from sources they deem less possibly prone to being influenced by “politics,” like Dr. Anthony Fauci, director of the National Institute of Allergy and Infectious Diseases.

During an appearance at the Washington, DC House of Representatives he told the Oversight Committee that as of Wednesday, the US is seeing about 1,000 cases of infection, and that the worst is yet to come.

Call it coronavrius or COVID-19 — regardless, the bug is causing real damage, death, havoc and hysteria.

We combat hysteria with facts, as best we can. To that end, boxing events are to unfold on Saturday, so fighters and fans are wondering if those are slated to occur, or will be shut down in a bid to slow down spread of the virus.

Top Rank has an event, topped by Shakur Stevenson putting his featherweight crown on the line versus Miguel Mariaga, at the Hulu Theater in New York. So, will the show go on? Yes, said promoter Bob Arum.

“As of now,” the 88-year-old told me. He’s due to fly to New York on Friday, and made clear that all this is day-to-day. Heck, it’s even hour-to-hour. Arum spoke to execs at Madison Square Garden, and was told that MSG is open for business.

“As we speak, there are no plans to cancel.”

Top Rank will stick around, and work out of the Theater three days after the Shakur show; on Tuesday night, Mick Conlan is slated to celebrate St. Patrick’s Day in the ring at the Theater, versus Colombia’s Belmar Preciado. That show is also still a go, Arum said, but he is playing it by ear. Overall, he’s feeling like the right play now is for responders to focus heavily on those most at risk. That means older folks with pre-existing conditions.

“Now, I’m not a scientist, and I certainly ain’t the President,” he made clear, informing me that he talks to top tier doctors and the like.

“We are day-to-day, devising plans, alternate plans if it’s necessary. We can’t do it for March fights, but in April and beyond, we have a plan to move them to a studio, cut the number of fights from maybe eight to three or four.”

Arum hasn’t seen anything affect the business quite like this. The flooding from Katrina in New Orleans and the Gulf Coast dominated conversation. “But that was a section of the country, not every section like this,” he said.

When there were worrisome flare-ups of Ebola and swine flu, Arum said he was impressed by the federal government response to the spread of disease.

“They acted quickly, they got it under control. But this motherfucking moron (President Trump), nothing will go away if instead of listening to experts he just listens to himself. He’s always the greatest expert, listens to his ‘gut!’ He should have brought in millions and millions of testing kits, and then we would have had a chance to contain it.”

I assumed his missus Lovie tells him to stay inside, stay safe?

“She says, ‘Stay inside.’ I don’t! Fuck it! I’m going where I’m going.I think age is a number, I’m perfectly healthy, I don’t have diabetes, nothing that makes me vulnerable in that category.”

So, basically, Arum and company will be flexible, listen to the smartest sages, and continue to research contingency plans for their events. If the powers that be said that no one should gather in large numbers, in, say Las Vegas, then “we will have a plan in place to have these fighters fight and not put anybody at risk. I think we have to start concentrating on protecting those people most at risk, that’s what should be done.”

Arum will wait, watch, listen, and adapt. He’s got a flight booked to get to New York on Friday.

And, I asked, will he be wearing a mask on the plane?

“Of course not! Fuck that,” said the promoter who has been putting together shows since 1966, and still sees things that make him raise his eyebrows. The eff bombs stay the same, and work especially well when “stuff” happens and hysteria advances.

And when things return to “normal,” as they always have.