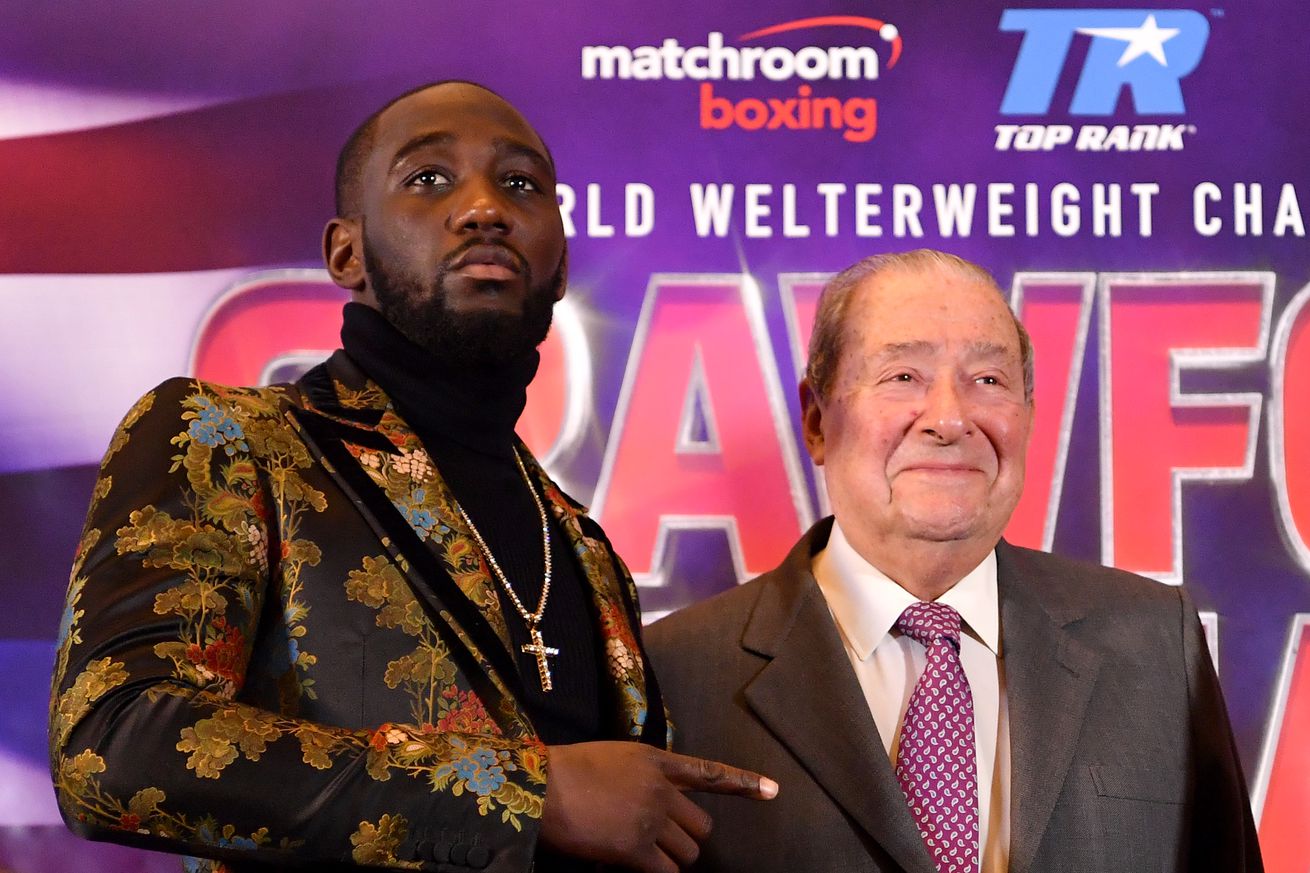 Terence Crawford likely will fight this fall back home in Nebraska.

Terence Crawford and company are now in the mode of figuring out the next fight.

Bud got the better of Amir Khan (TKO6) in his last scrap, April 20 at Madison Square Garden’s big room, and we’ve heard that maybe another Brit could be next for Bud.

What about it, Bob Arum?

“I don’t know. Kell Brook, having seen how much money we paid Khan to do it on pay-per-view — I don’t want to put Terence on PPV again until he fights Errol Spence,” the Nevada-based promoter told the Everast “Talkbox” listeners.

“Again, if it’s on pay-per-view, it’s a relatively limited audience. If it’s on ESPN, it gets maybe a couple million people or more watching. I think we owe that to Terence and that’s what we’re gonna do, have him fight in Omaha or Lincoln this fall.”

Brook’s ask, he said, might be too stiff because the budget for the promotion wouldn’t be as large if it wasn’t a PPV event.

And while we had Arum, we asked for an update on a Crawford vs Errol Spence, that Top Rank vs PBC inter-promotional mashup that many fans are craving. Any forward movement on that welterweight supremacy tango?

He said that one is a “dream fight” as is a Vasiliy Lomachenko vs Teofimo Lopez bout, which could occur end of the year or early next, he said.

“It takes two to make a fight, so I had hoped that we could do the fight this year. I know they haven’t announced another fight for Spence, so maybe it can happen this year. But if it doesn’t, Terence is going to go ahead and fight in Omaha or Lincoln, Nebraska this year and then we’ll do the Spence fight next year.

“But we wanna do that fight right away, Terence does, I think Spence wants to do it, but we have to get Haymon to agree. We’re prepared to do a 50-50 deal. Somebody said, well Spence was saying he wants more money. We can solve that in two seconds: 45-45, ten to the winner. We’re willing to do that, we want to do that!”

Here is the entire podcast.