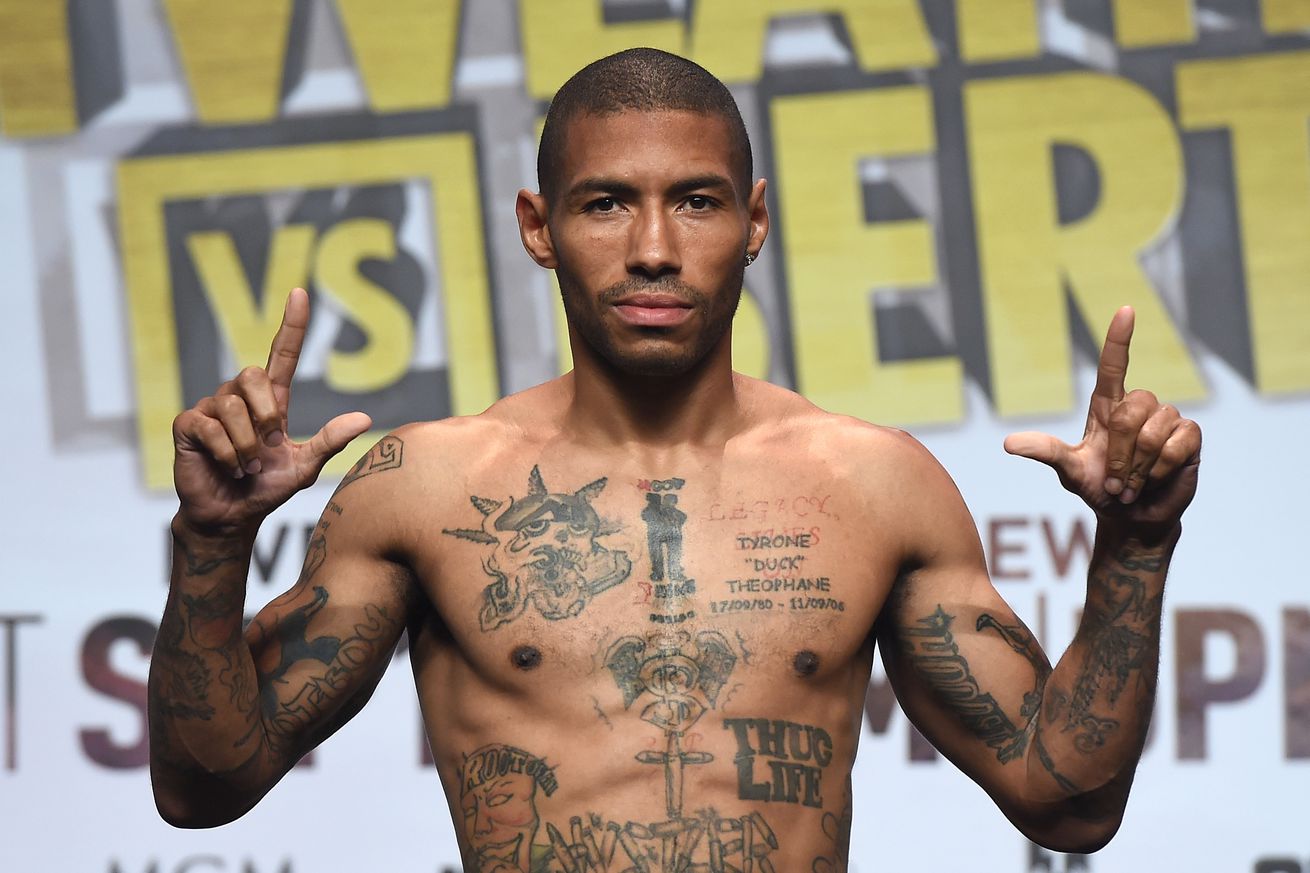 The former world title challenger is looking to hang up his gloves in the next year but still hopes to help the next generation of fighters.

At 50-8-1, Ashley Theophane’s journey isn’t quite over yet. The 39-year-old recorded his 50th win last year following a “world tour” of contests across the globe but is still open to the possibility of a comeback fight in the UK.

“I’ve achieved everything I’ve wanted to achieve in this game, so If I don’t fight again, I don’t really care,” “Treasure” told me from his house in London. “A lot of us pros don’t set no goals for after the game. That’s why we continue on as we have nothing else to do.”

Rumours continue to circulate that the former British champion is set to face Conor Benn – 16 years his junior – on a Matchroom Boxing show, but Theophane’s nonchalant attitude to a potential 60th contest speaks volumes of his commitment to plans outside the ring.

Giving back to the community that helped build him is a priority in retirement for the Paddington fighter. During the COVID-19 lockdown, Theophane has been putting his efforts into writing a book, as well as finding a site for the “Treasure Boxing Gym” that he hopes to open later this year.

“Throughout my career, especially in America, I would always write a diary of what was going on in camp. So I’ve brought all that together, written about my childhood too and put it all into a book. I’ve finished, but I just need to find a publisher.”

“The inspiration for the book was all the stuff going on with knife crime and kids – I came from that background as a teenager. I started to do some talks in schools, but it’s spurred me on to get my book out to tell kids ‘look, you can start off bad, but you can change your life and do what you wanna do’. So, I want this book to be a part of my talks and be able to give it to the kids and try to help.”

Theophane is all too aware of the knife crime problems in London, especially, and doesn’t believe it’s a new phenomenon.

“Knife crime in London hasn’t got worse. When I was a kid, it was a lot worse. It wasn’t publicized then or in the news as much. When you look at the statistics over the last 20 years, it was worse in 2003, but it wasn’t as widely reported then. It’s only now because of social media that it’s more out there.”

Charities such as Gloves Up Knives Down have done fantastic work in trying to raise awareness of this issue and ensure that boxing is accessible to the younger generation.

“I think the sport is very good for kids. It should be in more schools for sure. Last week I started to train these two kids that don’t even like boxing, but their Mums were just tired of them being stuck in the house all day playing games. She asked me if I could train them and I said cool. They don’t care about the sport or follow it, but they had so much fun, and now they can’t wait for the next time that we train. I think it’s a great sport and it should be pushed more. Especially in those areas where knife crime is high.”

Theophane spoke intelligently throughout and underlined some further issues that fighters experience when they decide to stop. Knocking on the door of retirement himself, “Treasure” hopes that changes are made in the sport to ensure the health and mental health of fighters is prioritized once they’ve thrown their last punch.

“A good friend of mine, Rene Carayol, was the man who told me you have to plan for retirement. He kept putting it in my head even when I was far away from it.”

“That’s why, when it’s over, some of us get depressed and go onto the drink and drugs because we’ve got nothing to do. It’s a real shame. For example, the BBBoC will take our yearly fee throughout our whole career, and when it’s done, they won’t do anything for us. Just like something needs to be done about PEDs in the sport, something also needs to be done to help guys who are lost.”

“I’ve never had a job in my life other than boxing. I’ve only ever been self-employed. So to go out and get a job I don’t know what to do! There’s many of us like that, so I think the Board are failing us for not supporting us.”

“Courses to help us get a job or something. Promoters even, as the Board will say they don’t have the funds to do it. But I think that the big promoters should help or do something for the ex-pros.”

Through plans to open his own gym, Theophane has also taken courses in counselling and mental health training with England Boxing. By empathizing with boxers who are fighting an invisible opponent, he hopes to be able to provide that much-needed beacon of light.

“I think mental health in boxing gets overlooked,” he continued. “There is a lot of us in the sport that have had breakdowns and sunk into depression. It’s a sport where you assume you have to ‘get on with it’. Sometimes it’s too late that we see guys taking their own lives. In the last three years, I’ve known three or four guys that have taken their own lives, who I knew from the gym. You know, it’s sad when you think that they had stuff going on in their life. I would see them, and they would seem okay, but they obviously had things going on that they weren’t happy to talk about. I think a lot of the coaches should need to take courses to have a better understanding.”

“I’ve been okay. But I’ve had girlfriends that have suffered in the past, so I have seen it through them. For me, I didn’t understand it. In the past, I have thought you have to ‘be tough’ and work through things, but not everyone can do this or should be expected to. That’s why I’ve done this course to try and understand it more.”

Ashley Theophane doesn’t know if he will fight again and doesn’t seem overly concerned either way. He alludes to fighters wanting to “scratch that itch one more time”, but with burning aspirations outside the ring, the 39-year-old seems content.

Giving back to the community that helped build him may prove to be the sweetest victory of his career.