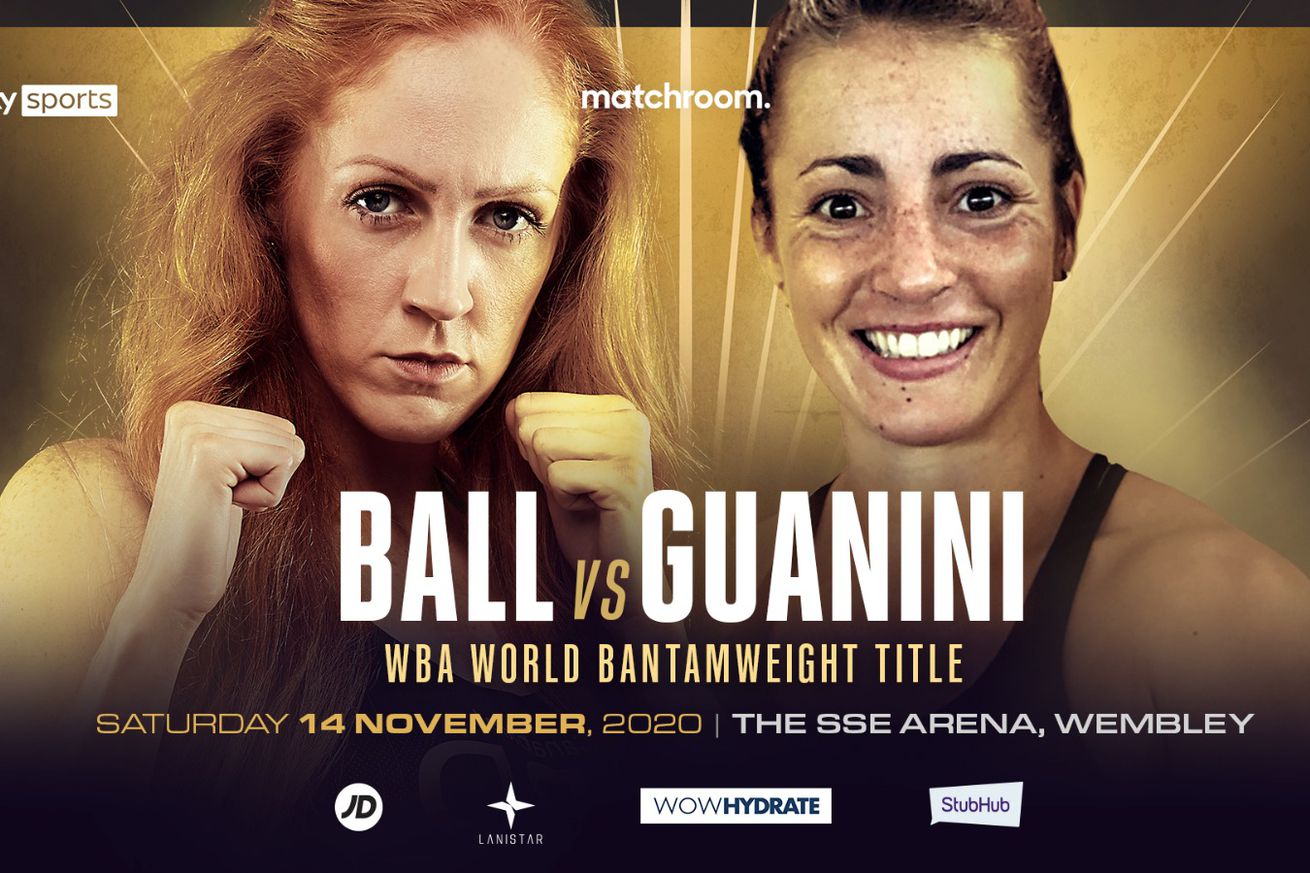 Matchroom’s November 14 card has an adjustment.

Matchroom Boxing’s Nov. 14 card, which will feature three women’s world title fights and stream live on DAZN, has had to make an adjustment to the bout for the vacant WBA bantamweight title.

Originally meant to face Ebanie Bridges, Rachel Ball will now take on Jorgelina Guanini for the 118-pound belt, as Australia’s Bridges suffered an injury in training.

Ball (6-1, 0 KO) isn’t getting any break here, mind you. The 29-year-old Brit has used her August upset of Matchroom favorite Shannon Courtenay to springboard into this title fight, but she now has to take it against Guanini (9-1-2, 1 KO), a 28-year-old Argentine who currently holds the IBF’s 115-pound title. She won that belt by ending the nearly six-year title reign of Debora Anahi Dionicius in 2018.

The other world title fights remain in place. Katie Taylor will defend her undisputed lightweight crown against Miriam Gutierrez, and Terri Harper will defend the WBC 130-pound title against Katharina Thanderz.

It should also be noted that the previous plan to have a pair of men’s fights at 168 pounds has been changed. John Docherty was to face Jack Arnfield, while Jack Cullen was to fight Jamie Cox. Arnfield and Cox are out, so Docherty will fight Cullen.

Obviously, as we’re seeing some unfortunate COVID trends — Povetkin out, McGregor out, Berchelt out — we’re back to everything being “knock on wood” and very much “card subject to change or not actually happen” at the moment.