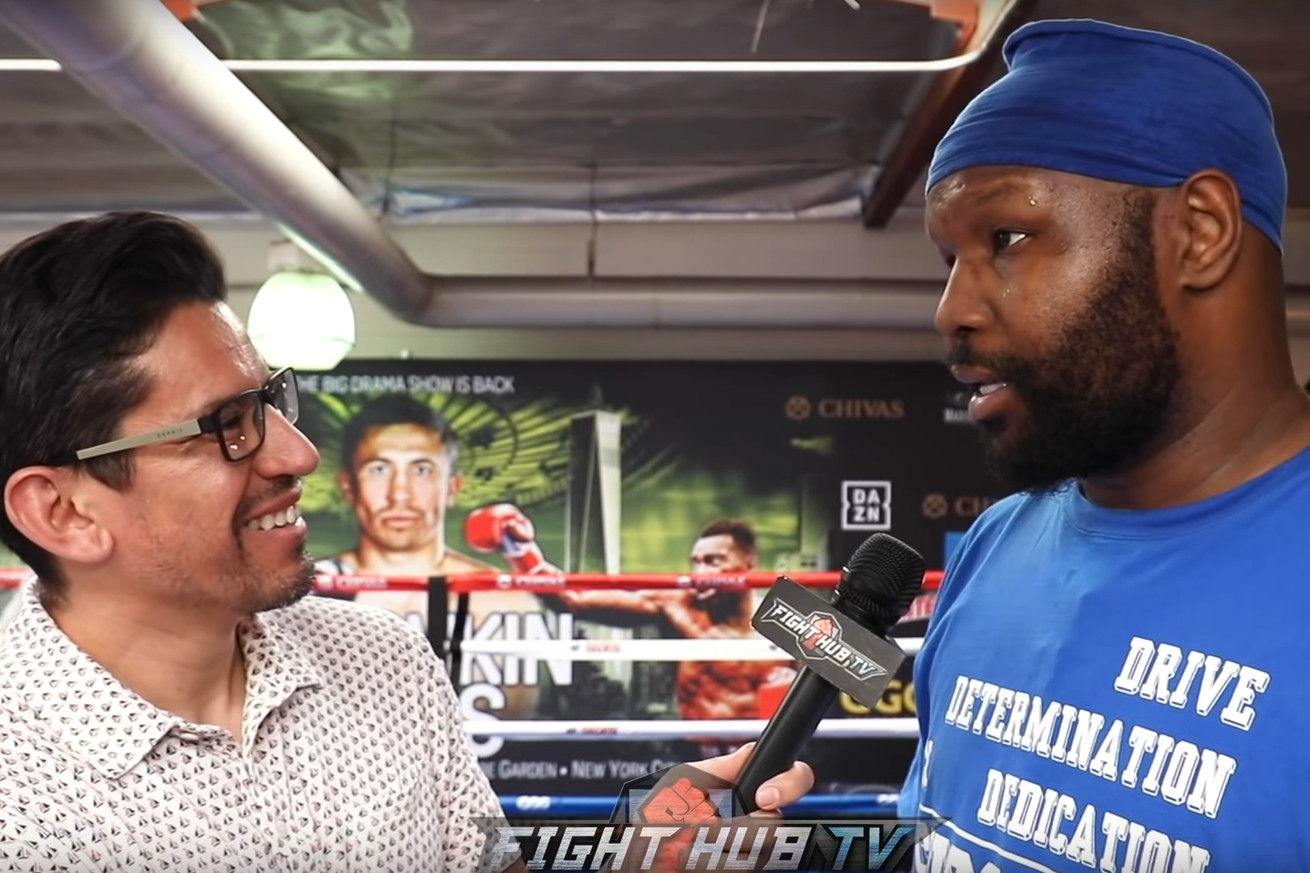 Banks discusses what he and Golovkin have been working on in training camp.

With Gennady Golovkin scheduled to face Steve Rolls on June 6, Golovkin’s new trainer, Johnathan Banks, talks to Fight Hub TV about his experience working with the fighter and what improvements he’s looking to make in Golovkin. Check out some excerpts below…

Banks on what different things he’s been trying to instill in Golovkin in this training camp:

“The proof is in the pudding. He’s moving his head more, he’s throwing more punches, and he’s lighter. He’s lighter on his feet, so in other words he’s a little bit more elusive than what he has been. And in my opinion GGG is better than just a one-punch knockout guy. I think he has the talent and the skill set to be able to box with any boxer in the division, and that’s the goal where you want to get him at.”

On the area he really wanted Golovkin to focus his improvement:

“The rhythm, the defense, and the more volume of punches.

On how much he’s seen Golovkin improve in the short time they’ve been working together:

“I think, once again, I think you can [attest] to that because you’ve seen him last, before me, and now you’ve seen him now, after me. I think what people noticed was that he was moving, he moved more, and he threw more punches, and he’s moving his head a lot more — was something that people noticed that he haven’t done before. That’s what I’ve been told, so which to me is awesome.”

On Golovkin’s reputation for power and if he has any problems holding the mitts for him:

“[My hands are] fine. You’ve gotta understand I come from working with Wladimir Klitschko. He was a huge puncher as well. So therefore comparing the two is a little different, it’s not fair to compare the two, but he is a good puncher, he’s a very big puncher.”

On what his ultimate goal for Golovkin is and how long he thinks it’ll take to get him to that point:

On what their chemistry has been like since working together:

“Awesome. No complaints, no nothing. It’s just been awesome. I have absolutely no complaints about him.”

On being the new guy in Team Golovkin:

“This is not the first time we’ve met. We have some of the same circles because of Wladimir and because of Vitali and I’ve met GGG because I’ve been longtime friends with Tom Loeffler. And I was apart of K2 promotions as well, so I already knew GGG. We met several times, we’ve always had a mutual respect for each other, so us working together — it was nothing too odd or unfamiliar about it.”

On what he wants to see out of Golovkin against Steve Rolls:

“I just want him to show his rhythm and his speed, not just one-punch knockout power.”

On how he’d prepare Golovkin to face Canelo Alvarez for a third time and if that would be a much different looking fight now:

“We work hard in the gym and we prepare for the 12 rounds, but we’re always happy to get the knockout. So I’m looking forward to the knockout.”

On if he thinks Billy Joe Saunders has the trickiest style for Golovkin to deal with around the middleweight division:

“I don’t believe in tricky styles in boxing. I think you just got styles you gotta figure out. You know, there’s no such thing as tricky because tricks don’t win championships. You have to land punches to win championships and as far as what I see, and what I saw, there’s nothing too tricky about him. It’s just a guy that you apply pressure on to see how he’s gonna cope with that.”