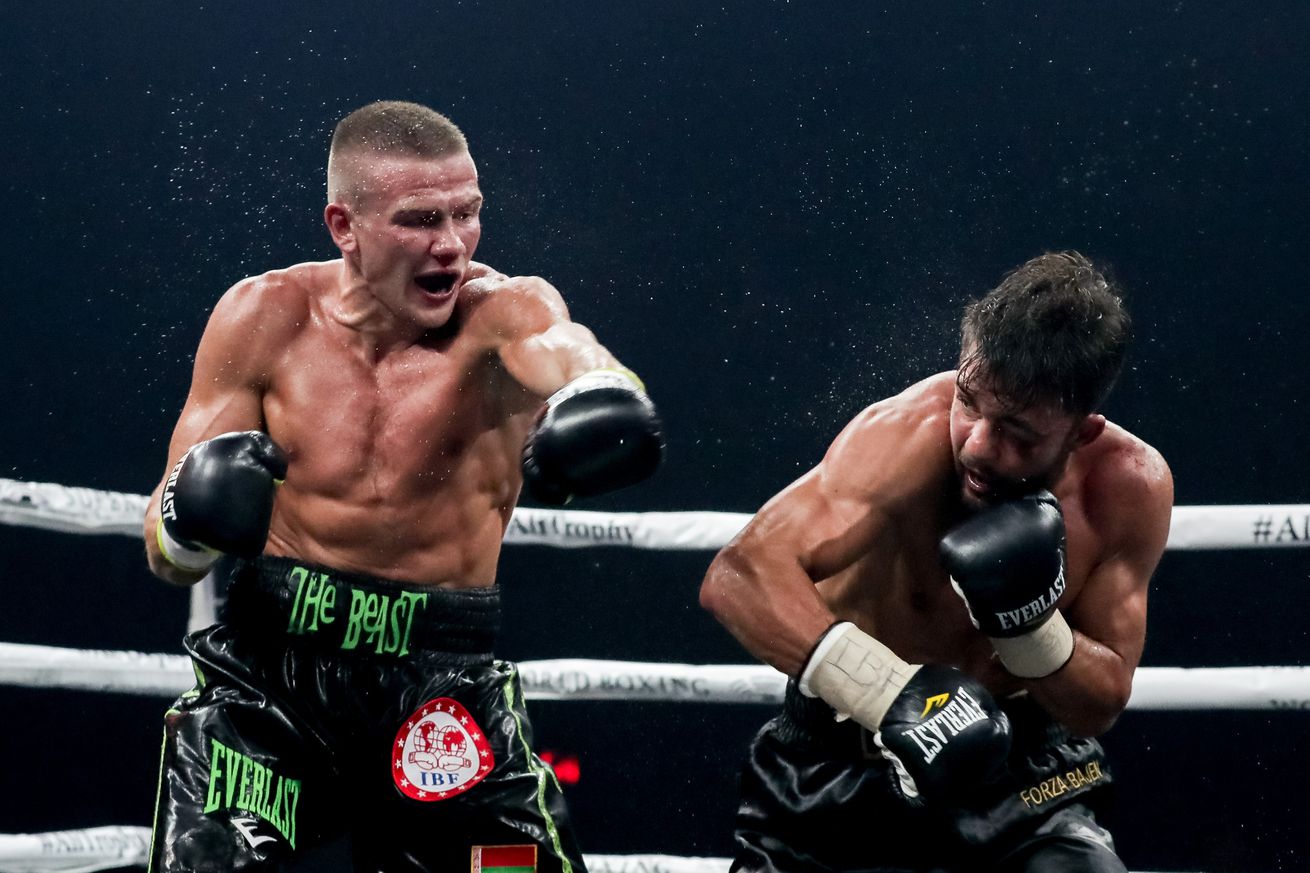 Ivan Baranchyk is looking to pull the big upset in Josh Taylor’s backyard on Saturday.

For a while there, it looked like IBF junior welterweight titleholder Ivan Baranchyk wasn’t going to go forward with his May 18 fight against Josh Taylor, a World Boxing Super Series semifinal in Glasgow.

“I am very confident of winning,” said Baranchyk. “I am going to beat Taylor by beating him again and again and then beating him some more.”

That’s the sort of punishment that Baranchyk will hope to dish out to Taylor (14-0, 12 KO), a highly-regarded fighter and the definite favorite this weekend.

“I know that Taylor is a talented fighter and that the fight is in his backyard, but I am looking forward to putting on a spectacular performance and defending my title,” Baranchyk said. “The boxing fans in Glasgow can expect me to beat up their hero.”

Baranchyk is now training with Freddie Roach, having split with Pedro Diaz. The winner of Taylor-Baranchyk will move on to face Regis Prograis later this year in the tournament final.

Bad Left Hook will have live coverage for Taylor-Baranchyk and Inoue-Rodriguez this Saturday at 2:00 pm ET, streaming live on DAZN