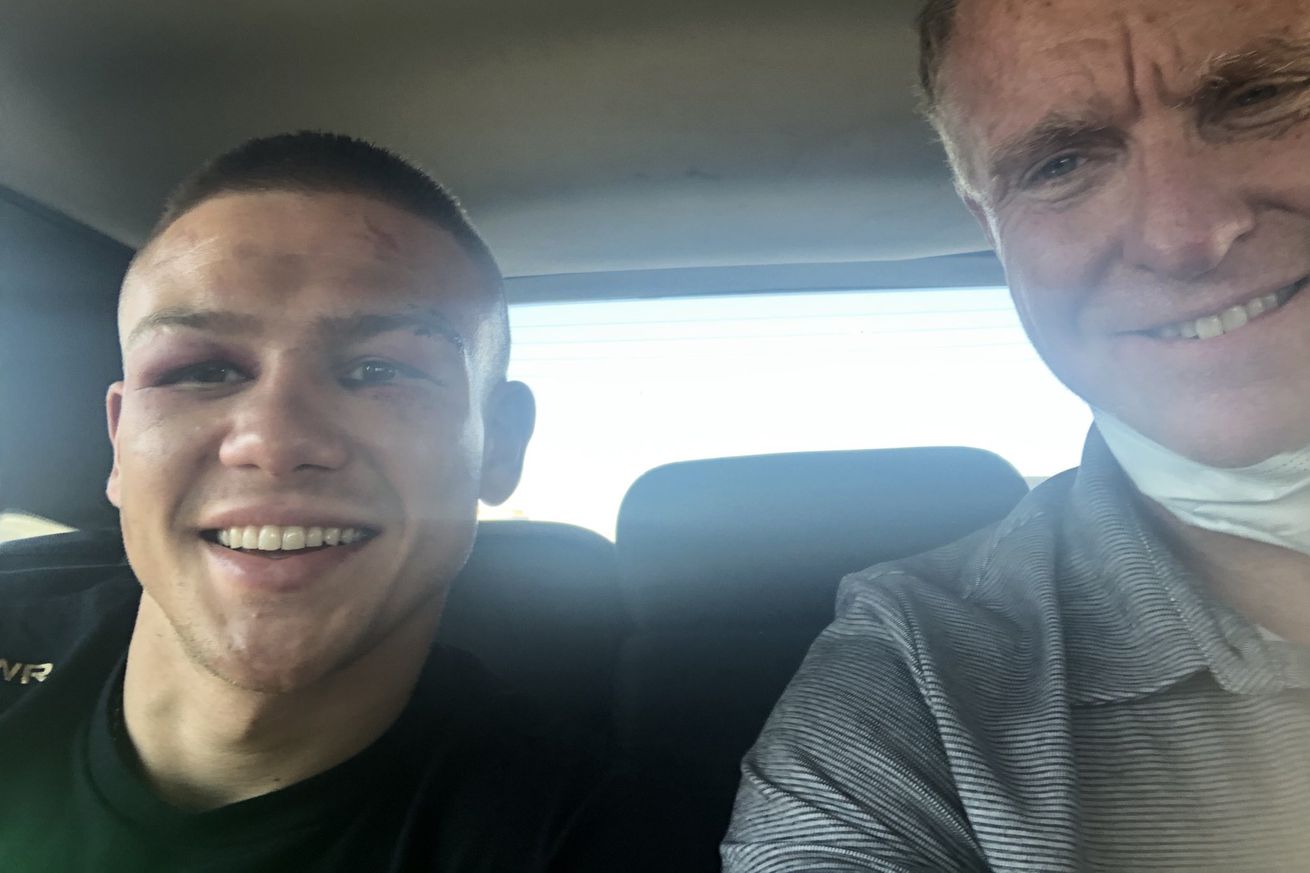 Ivan Baranchyk is reportedly doing well the day after his epic war with Jose Zepeda.

Saturday night’s battle between Jose Zepeda and Ivan Baranchyk was one for the ages, prompting adoration and great respect from fans, media, fellow fighters — basically anyone who watched the fight.

But there were also some scary moments when it was over, as Zepeda’s fifth round knockout of Baranchyk was vicious, and left Baranchyk truly out in an awkward position in the center of the ring. There was a notable amount of time that passed as worry set in, with Baranchyk still on the canvas, though it didn’t appear at the time to be truly urgent, as physicians weren’t rushing aid to him or anything.

Baranchyk would wind up walking out under his own power and heading to a local hospital in Las Vegas, and there’s good news today, as co-promoter Lou DiBella posted to Twitter that Baranchyk has been released and is doing well, in good spirits:

Leaving the hospital with our co-promoter, Tony Holden, is bruised but grateful warrior, Ivan ⁦@IBaranchyk⁩. Last night, he lost a brutal, unforgettable #boxing match. Thankfully, he’s well enough to talk about, and appreciate, the fight of 2020 with family. God is good. pic.twitter.com/ZeQZmXovJs

The 27-year-old Baranchyk (20-2, 14 KO) fought his heart out in defeat, going back-and-forth in a truly thrilling brawl with Zepeda (33-2, 26 KO). Both men were dropped a total of four times before Zepeda’s final blow put Baranchyk away, and knocking Baranchyk cold seemed to be truly the only thing that was going to stop him from marching forward and swinging at Zepeda.

It’s good to hear that Ivan is feeling well enough to be released with a smile on his face. He and Jose Zepeda gave fight fans a gift last night, a war that will be almost impossible to top for 2020 Fight of the Year, and one that is genuinely a (very) early contender for Fight of the Decade. This was the sort of fight you remember forever, one of rare excitement and quality.