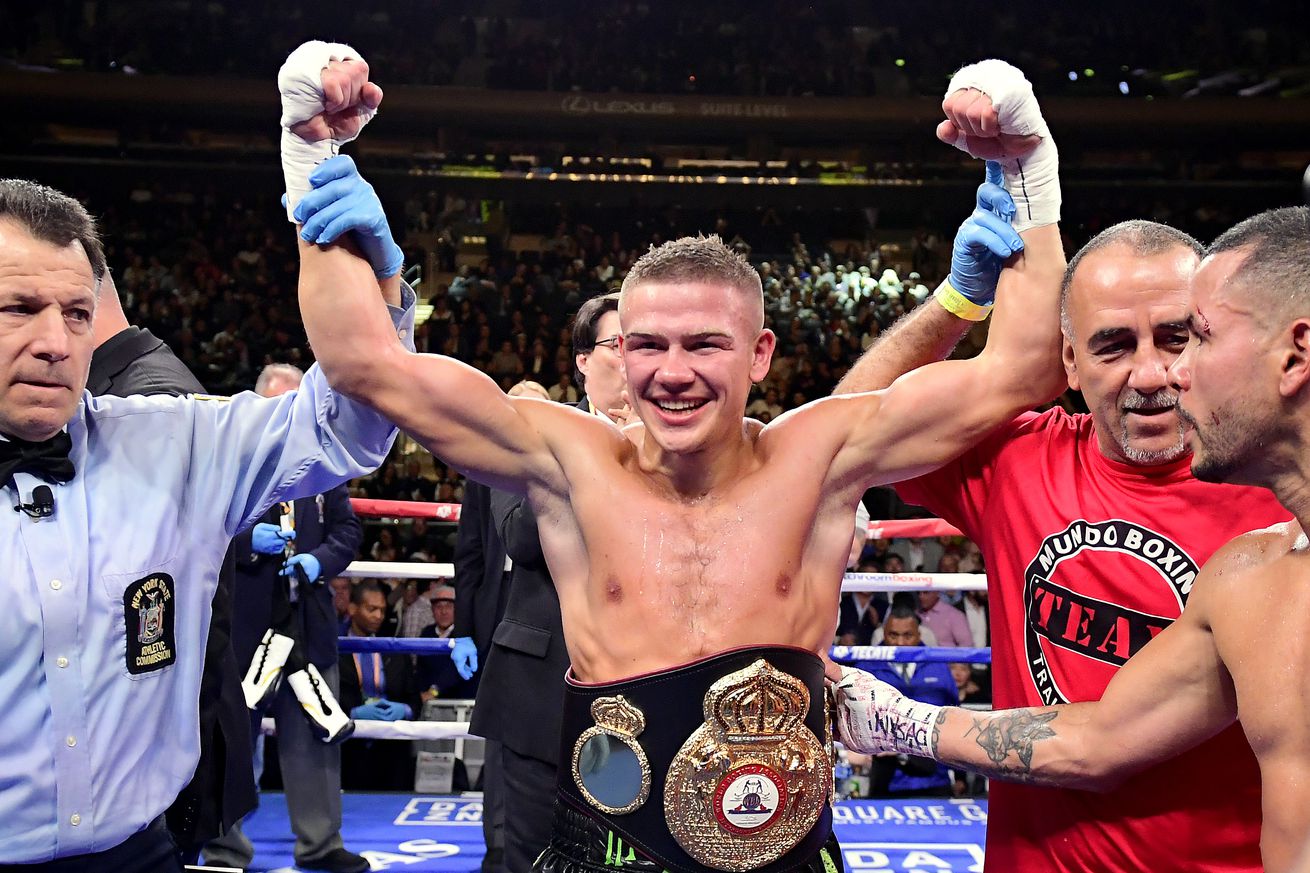 In starting to write this piece on Ivan Baranchyk, I began to type, “The kid” — and then realized that he is 27, and even from a Gen X reporter, the period has passed for me to refer to him as a “kid.”

But he does have a baby face, looks like he could go two weeks without shaving and wouldn’t have even a 4 o’clock shadow.

The face is misleading, though, because the 20-1 (13 KO) fighter, who gloves up against Jose Zepeda in the Saturday night ESPN+ main event, can crack a little bit. In Ivan’s last outing, right about one year ago, he stopped veteran Gabriel Bracero. That represented a decent bounce-back from his previous outing, when he lost a decision to Josh Taylor in a World Boxing Super Series semifinal scrap, which was an IBF title defense for the Belarusian boxer.

Baranchyk’s stock actually probably rose in losing over 12 rounds to the Scot, because he hit the deck in the sixth round, twice, and showed ample resilience in fighting to the final bell.

There’s no big title on the line at the MGM Bubble this weekend, but the stakes are considerable. Zepeda, age 31, holds a 32-2 (25 KO) mark, but might have the edge in the in the rust department. Zepeda gloved up on July 7, scoring a UD-10 win over Kendo Castaneda at the Bubble, which was the intended original date for the fight with Baranchyk. Zepeda upped his notoriety when he beat Jose Pedraza in Sept. 2019, but Baranchyk isn’t among those mightily impressed by the Cali fighter.

“I watched his last fight,” Baranchyk told BLH. “By the fifth or sixth round, his conditioning goes down. He’s a southpaw, that’s no problem, I’ve been sparring with righties and southpaws. Comparing him to Josh Taylor, I think he’s a good opponent. He’s a good technical fighter. But you’ll see a TKO or KO if I get the chance.”

Zepeda had fought his last eight bouts in Mexico before meeting Jose Ramirez in Feb. 2019, but he had a solid uptick in his profile when he gave the champ a tough battle in Fresno. Ramirez won that one by majority decision.

We suspect Zepeda and/or his support staff watched the sixth round, when Taylor sent Baranchyk to the deck twice. Taylor, another lefty, first did damage with a right hand. That came via a perfectly timed hook, hurled as Baranchyk started to launch his own right. The second knockdown came courtesy of a nasty uppercut, and a flurry landing as Ivan got backed up.

But maybe more than anything, scouts are likely to be left knowing the boxer won’t be one to fold up easily. Zepeda may very well not possess the power/timing to be the one to hurt Baranchyk more than Taylor did.

Team Zepeda also has to know that Baranchyk holds his power — in round 11, he had Taylor buzzed with a right hand. And he holds his durability, too. In round 12, Taylor clipped him clean a few times, and someone not as well-conditioned, and with that solid beard, would have hit the deck again.

I reached out to Kendo Castaneda, the man who faced Zepeda in July. The 17-2 Texan told me, “I see Zepeda as the favorite, because he’s the better all-around boxer.”

He said he hasn’t crossed paths with Baranchyk in the ring, no sparring in the past. “But I’ve seen him fight though, and I give him that he is a solid fighter. Got to be careful with him.”

If you are liking Baranchyk in this Saturday’s event, which also features Gabriel Flores Jr vs Ryan Kielczweski in a 10-round lightweight fight, you might lean that way because of age. It is entirely possible that Baranchyk, at 27, is right smack dab in his athletic prime.

Baranchyk showed a flash of humor when asked about that.

And if that is the way it goes, looking down the line a bit, Baranchyk would be in a sweet position within the WBC. He’s rated No. 6 by them now, and Zepeda is No. 2. Regis Prograis holds the No. 1 slot, while Jose Ramirez has their belt right now. After Josh Taylor beat Apinun Khongsong Saturday, the Scot said gimme Ramirez next. Ramirez manager Rick Mirigian stirred the pot for that tussle when he blasted Taylor after the win over the Thai, asking him why he celebrated so heartily after beating an “Uber driver.” So we have to see how some ratings maneuverings play out, but either man looks to be in a good position when they get the W.

Who wins, and how, in the Zepeda vs Baranchyk scrap? Tell us in the comments section.