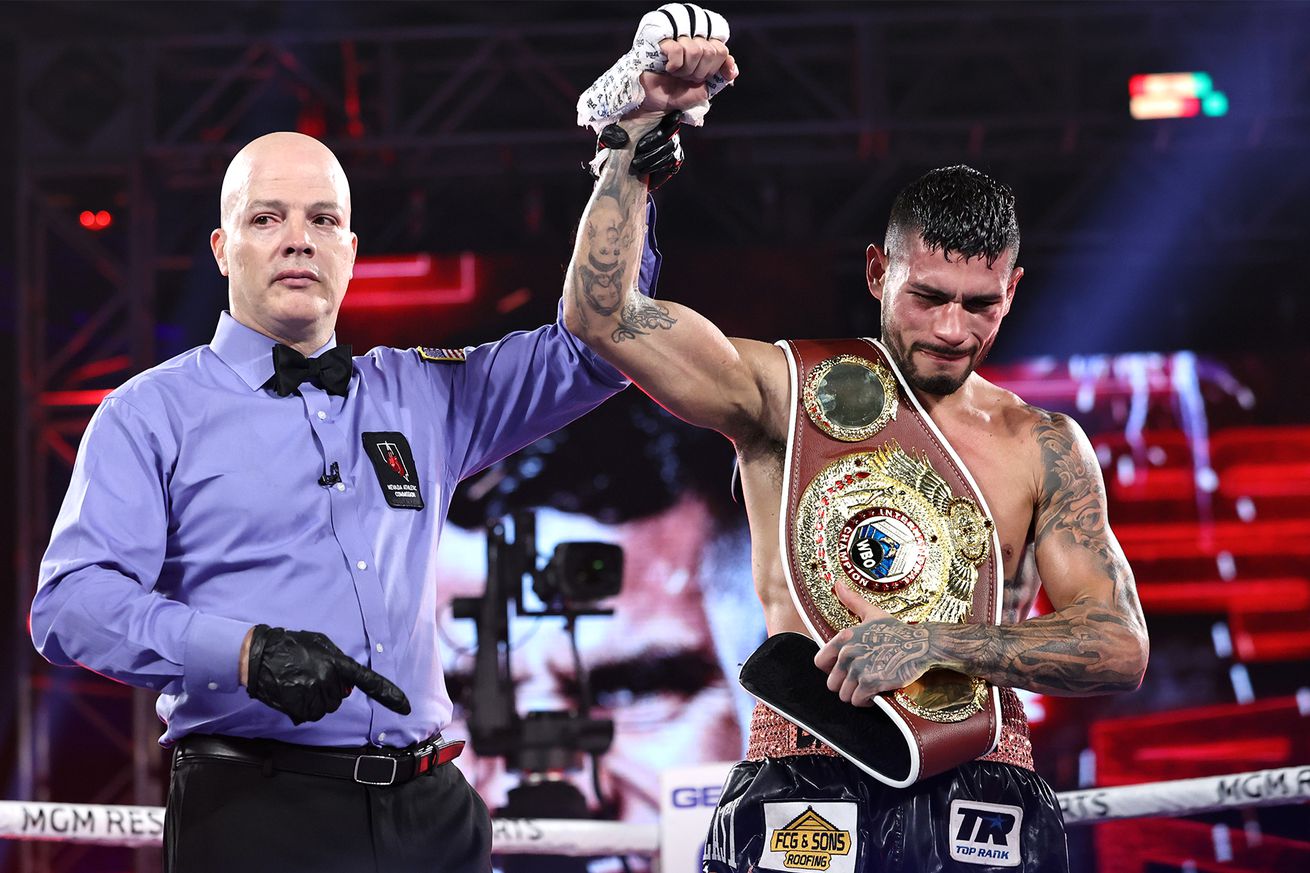 Arnold Barboza Jr took a key step to a world title shot with a win in Las Vegas.

Arnold Barboza took a solid decision win in a war of attrition style fight tonight against Alex Saucedo, staying unbeaten and further working his way up the 140-pound ranks in the Loma-Lopez co-feature from Las Vegas.

The 28-year-old Barboza came out toying with a southpaw stance early in the fight, which left him open for some good shots from Saucedo (30-2, 19 KO), but once he abandoned that, he was able to find a tempo he liked for the most part, out-boxing the 26-year-old Saucedo enough.

But this was a really good fight, with Saucedo showing the aggressive side that has made him a fan favorite, and mostly fighting quite well. He scored a knockdown of Barboza in the seventh round, which was originally and wrongly ruled a slip, over-turned after the round via instant replay.

Barboza, however, rallied nicely from there, staying composed and closing out the final three rounds in good fashion. By the end of the bout, it was clear that both guys were feeling the hot pace of the earlier rounds, but they were still throwing what they had.

Eight rounds down, two to go.

The win doesn’t necessarily set Barboza up for a title fight at 140, but it gave him a regional/minor WBO trinket and will get him closer to a title shot with anyone. The 140-pound division is currently ruled by two guys, WBC/WBO titlist Jose Ramirez and IBF/WBA titlist Josh Taylor, both with Top Rank, and likely on an undisputed collision course for 2021.