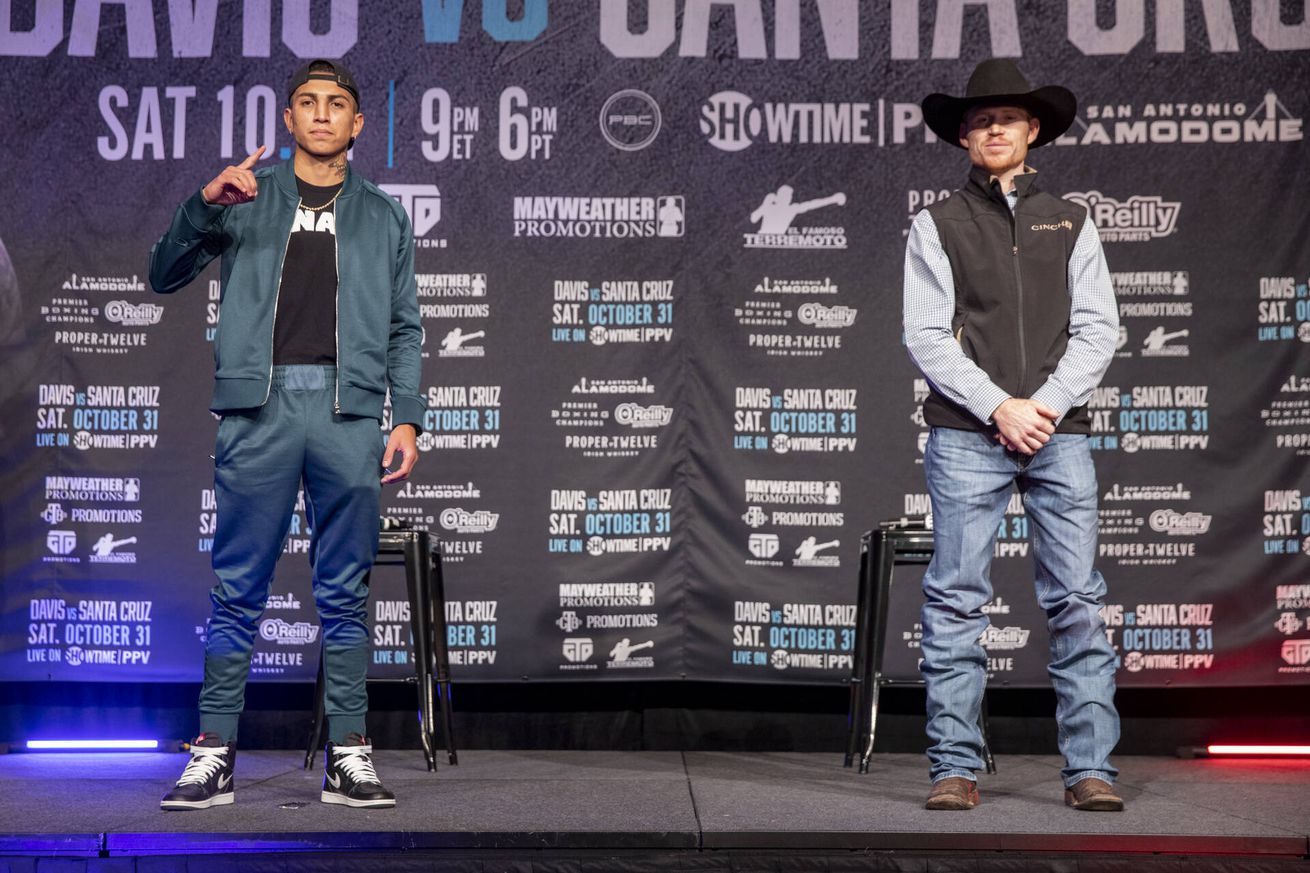 Barrios and Karl share their final thoughts before they trade blows this Saturday night on Showtime PPV.

WBA titleholder Mario Barrios is back in action this Saturday night on the Gervonta Davis vs Leo Santa Cruz undercard, taking on action fighter Ryan Karl. And ahead of the bout both fighters give their take on what to expect on the evening. Check out some quotes from their final press conference below…

“I’m super excited to be back home for my first title defense. Come Saturday night, it’s going to be an explosive night of boxing throughout this whole card. I’m trying to steal the show in the co-main event.

“I don’t feel any pressure. I’m fighting at home and defending my title, so it’s just a dream come true. You have an Aztec warrior and a Texas cowboy going at it. I couldn’t imagine a better co-main event.

“We had another great camp with Virgil Hunter in California. I’m excited to continue to show everyone why I’m the best in my division.

“Ryan definitely comes to fight. He’s known for being a pressure fighter. I’ve always considered myself a boxer-puncher. I’ll try to use my jab and fight from the outside as much as I can. But I’ve been known to brawl on the inside as well. It’s going to end up being a fan-friendly fight.

“I’m a complete fighter. I have the speed and power. I also have height and length. I carry my power throughout twelve rounds. I’m a dangerous fighter from the opening bell until the very end.

“You’re going to see a completely different fighter on Saturday night. My last fight I showed the warrior that I am, and during the championship rounds, I made big things happen. Saturday night, I’m going to show everyone how I’ve improved.”

“You’re going to see a great fight on Saturday. We are going to steal the show, because I’ve come prepared. I’m at my very best and it’s going to make me victorious. We put the work in. I’m going to seize this opportunity now that I have it.

“I’m not worried about getting a knockout. I just have to be victorious and become champion. Nothing else matters.

“I’m healthy and injury free now. It’s been over two years since I could say that. It’s a new start in a way. I’m listening better and my corner is the best it’s ever been. I expect it to be a very explosive and exciting fight.

“I’ve known Barrios since the amateurs, but it never crossed my mind that we’d fight because he was much smaller than me then. He’s matured and gotten a lot bigger now, so I’m anticipating he’ll bring the fight to me on Saturday.

“I come to fight, I’m rough and ready and I’m coming to win any way possible. It doesn’t matter to me. I’ve never been in a boring fight. Win, lose or draw, you’ll always get your money’s worth.”