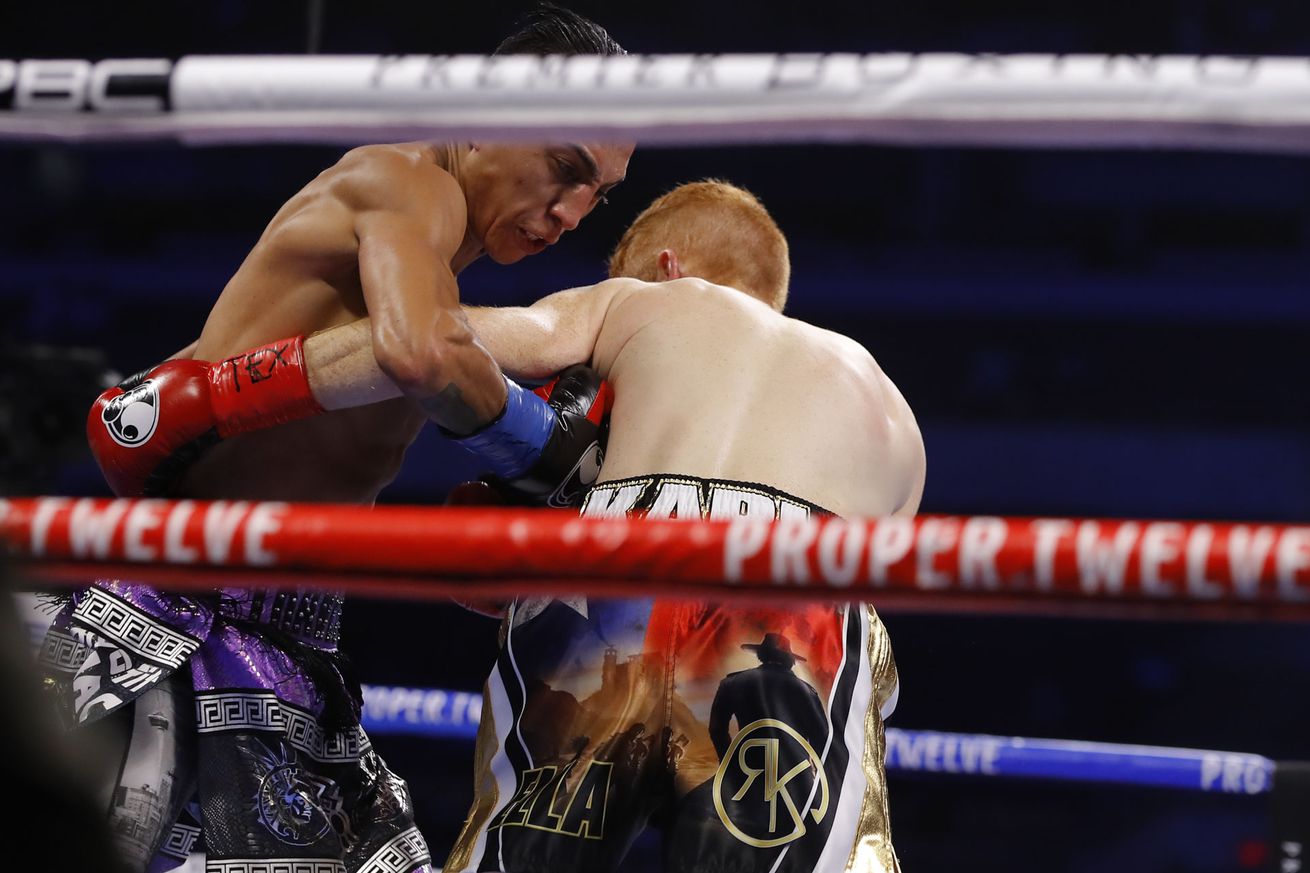 Ryan Karl was brave as always, but over-matched by Mario Barrios.

Ryan Karl put in the expected brave and incredibly game effort tonight against Mario Barrios, but he was just out of his league, which was also expected, and Barrios scored a sixth round stoppage victory to retain his secondary WBA “world” (“regular”) title at 140 pounds.

Barrios (26-0, 17 KO) definitely couldn’t take the always-exciting, all-action Karl (18-3, 12 KO) too lightly, because if you do that with a guy like Karl you give an underdog a real chance, and Barrios definitely didn’t ignore that Karl can be dangerous. Karl also did land some decent shots in this fight, right up until the end, but it was simply not enough, as Barrios was sharper, slicker, and just a better all-around fighter.

Barrios, 25, put the 28-year-old Karl down early in the sixth round, and when the fight resumed, Barrios went for the finish quickly. The aggression resulted in an accidental clash of heads that opened a pretty bad cut in the middle of Karl’s forehead, and the doctor did take a look, but Karl absolutely wanted to go out on his shield if he was going out.

And he went out, as Barrios dropped him again and finished the fight at 2:23 of round six.

“This was for y’all,” Barrios said to his hometown fans in San Antonio. “I’ve known Ryan for a long time. He’s a real good friend of mine. I’m still supporting him, and I knew he was gonna come hard, but I knew that was his only chance, to come with everything. I stayed patient and started picking my shots, and eventually I got him out of there.”

“Virgil has meant a lot to me. We have a great relationship,” he said. “He’s more than just a coach to me, he’s a mentor, he’s like family to me.”

The win for Barrios keeps him in the discussion at 140 pounds. His belt is a secondary title, yes, but he’s a legitimate contender, a good young fighter who did what he should have done in a matchup like this. He didn’t play around or give Karl any big chances, didn’t overlook an opponent he was expected to beat. We’ll have to see how he does against bigger name opponents in the division, but the two real titlists — Josh Taylor and Jose Ramirez — are both with Top Rank, and it’s not clear if he can get a real step up next time out, but that should be the focus.