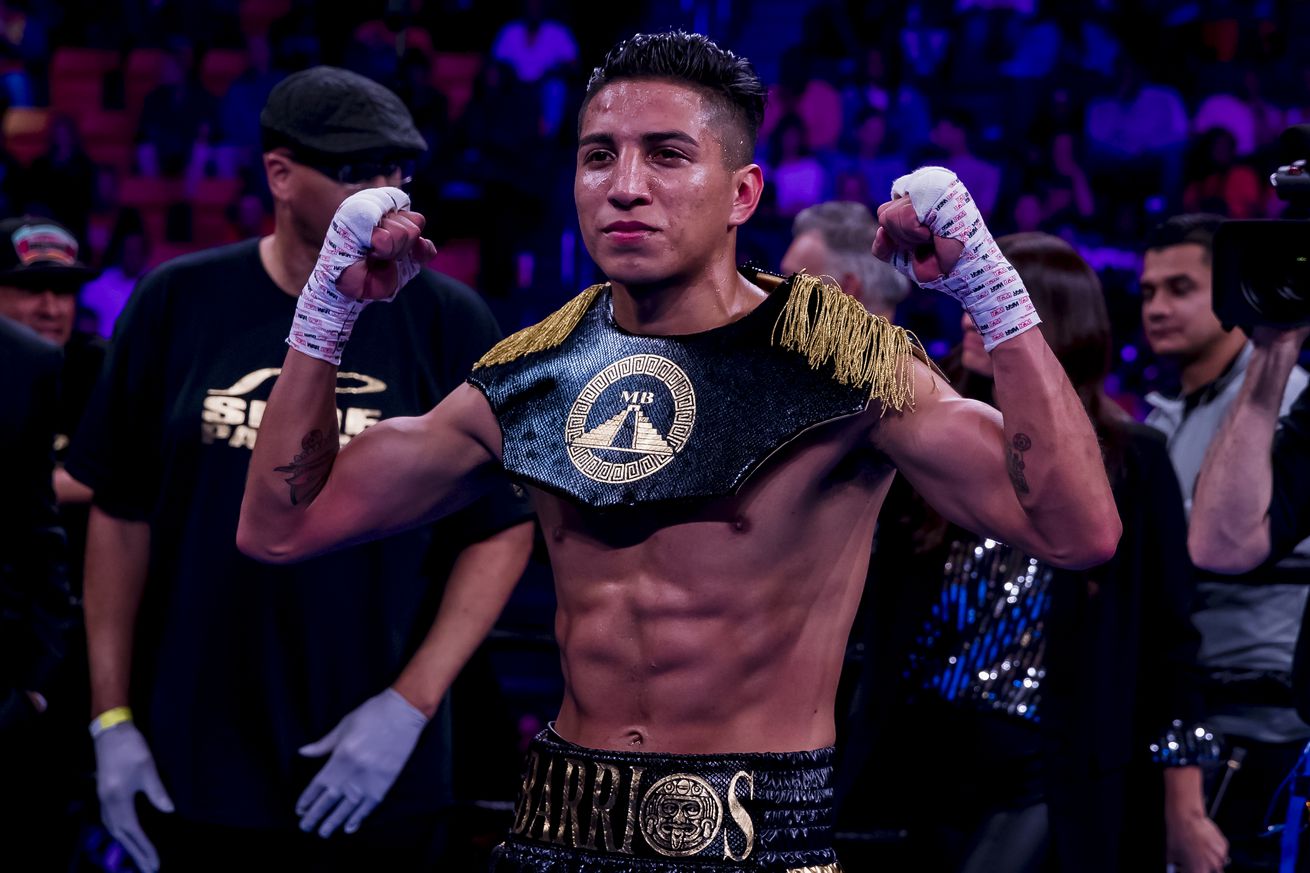 It’ll be a standard four-fight pay-per-view from Showtime and PBC.

The recently moved Gervonta Davis vs Leo Santa Cruz-headlined Showtime PPV has its undercard officially set. The show was pushed back from Oct. 24 to Oct. 31, and moved from an empty room in Connecticut to San Antonio’s Alamodome, where fans will be in attendance.

Beyond the Davis-Santa Cruz main event, which will be a 130-pound fight with titles on the line for that weight and 135, three more fights are set for a standard four-fight PPV show.

In the co-feature, local contender Mario Barrios (25-0, 16 KO) will defend the WBA’s secondary “world” (“regular”) 140-pound title against another Texan, Ryan Karl (18-2, 12 KO). This one frankly shapes up to be something of a mismatch, but could at least be fun to watch before it gets out of hand.

The 25-year-old Barrios last fought in Sept. 2019, narrowly beating Batyr Akhmedov in a rough fight to win this vacant title that didn’t need to exist. He’s emerging as a legitimate contender at 140 and has been a carefully-pushed PBC prospect thus far.

Karl is an entertaining TV undercard guy, in all honesty. He’s long been a favorite of mine in that regard, but he should be woefully out of his depth at this level, considering he’s been stopped by the likes of Eddie Ramirez and Kevin Watts in previous “step-up” fights, and Barrios is a lot better than either of those dudes. He did beat Watts in a rematch and has won three straight overall, but he’s not sincerely anywhere near world level; BoxRec have him ranked No. 99 in the world at 147, which seems about right.

A previously-reported fight, pitting former 140-pound titleholder Regis Prograis (24-1, 20 KO) and Juan Heraldez (16-0-1, 10 KO), is also official. This is a one-fight deal with PBC for Prograis, and it gets him active and helps them fill a slot on a show, so it’s win-win. But realistically the bigger fights for Prograis are obviously Josh Taylor, which would be a rematch, and Jose Ramirez, both Top Rank fighters.

The 31-year-old Prograis should be a solid favorite here, but he hasn’t fought since his Oct. 2019 loss to Taylor, and you never really know how a guy will bounce back until he does, but he should be expected to be fine. Heraldez, 30, last fought in May 2019, going to a draw he could easily have lost to veteran Argenis Mendez. It was hoped to be a fight where Heraldez established himself as a possible contender, but it didn’t quite turn out that way. Prograis will be a clear favorite here.

We’ll also see an IBF lightweight eliminator between Diego Magdaleno (32-3, 13 KO) and Isaac Cruz (19-1-1, 14 KO). Like Barrios-Karl, this fight was originally an idea for the Charlo Doubleheader PPV on Sept. 26, but was moved to this show instead.

The 33-year-old Magdaleno was a Top Rank prospect for some time, but has never quite panned out compared to early hopes. He got a 130-pound title shot back in 2013 and lost to Rocky Martinez, then was stopped in two by Terry Flanagan in a 135-pound title shot in 2015. He was also absolutely wrecked by Teofimo Lopez in early 2019, but gave his career a little shot in the arm with a strong performance in victory against Austin Dulay in February of this year.

Cruz, a 22-year-old from Mexico, lost his sixth pro fight back in 2016, but scored a solid and career-best win over Thomas Mattice, also in February of this year, in his last bout.