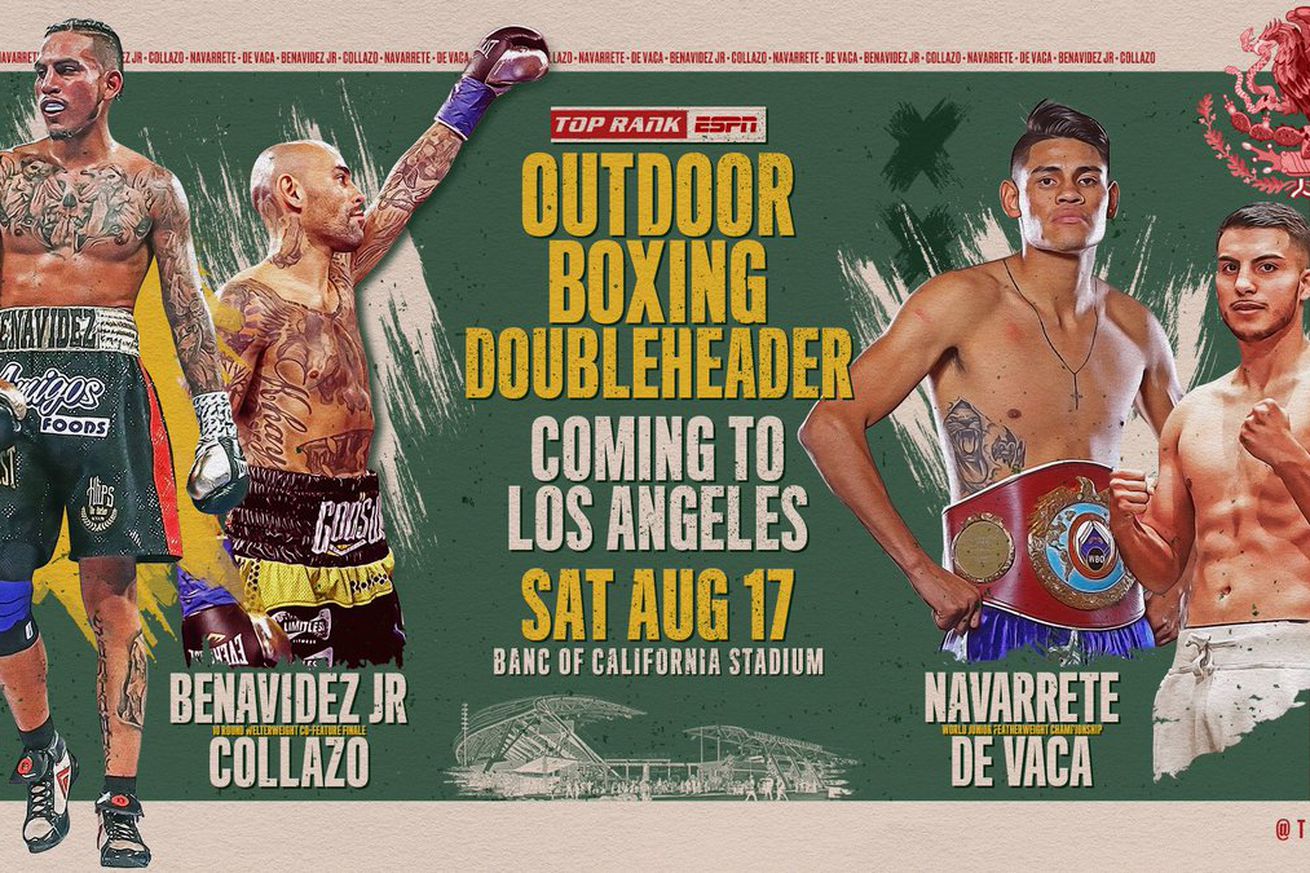 Navarrete will be making his second super bantamweight title defense

Don’t miss the action coming to the Banc of California Stadium in LA Saturday, August 17! pic.twitter.com/ppMZsGnozv

Benavidez (27-1, 18 KO) against Collazo (39-7, 20 KO) figures to be a quality matchup at 147 pounds, with the former looking to rebound from a loss to Terence Crawford and the latter riding a three-fight winning streak over solid opposition. It’s harder to get a bead on Navarrete (27-1, 22 KO) vs. De Vaca (20-0, 6 KO), as the latter has yet to face top-notch opposition, but I’d watch Navarrete fight anything with a pulse after his wars with Isaac Dogboe.

Since Claressa Shields pulled out of her planned super welterweight title shot on that date, this card is currently running unopposed. I don’t expect that to last too long, but let’s enjoy it while it does.