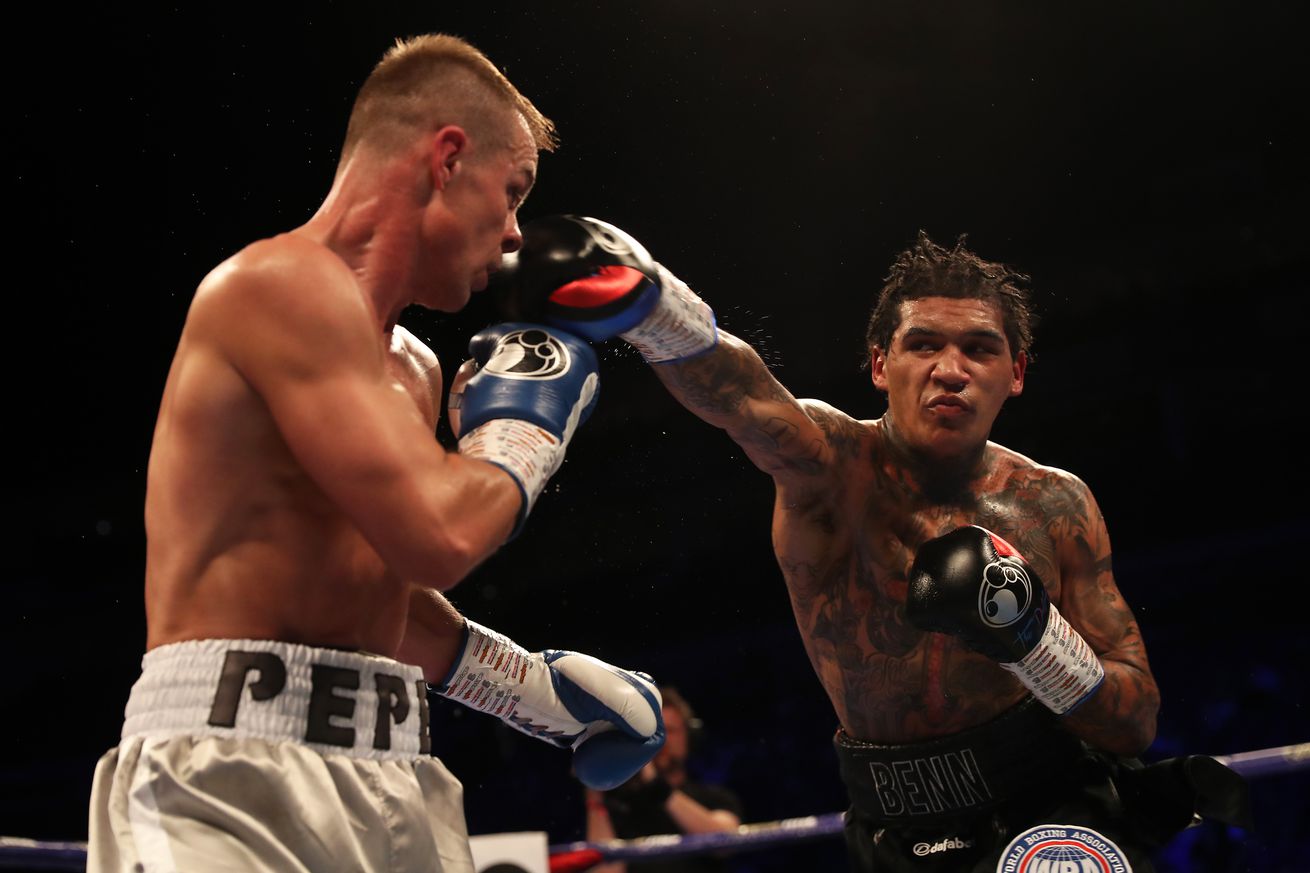 Conor Benn will be in the main event from York Hall.

Benn (14-0, 9 KO) is the 22-year-old son of Nigel Benn, coming off of an April 20 points win over Josef Zahradnik, which was Benn’s first fight since July 2018. Reviews of Benn early in his career have been mixed; he has a fighter’s spirit, he’ll mix it up, but he was dropped twice by Cedrick Peynaud back in Dec. 2017, ultimately winning a six-rounder on points, having also dropped Peynaud twice.

He did go back to the well against Peynaud for a 10-round decision win last summer, and now is set to face Jussi Koivula (24-6-1, 9 KO), a 35-year-old veteran from Finland. Koivula last fought on April 26 in France, losing to Jordy Weiss.

Cheeseman (15-1, 9 KO) was pretty well humbled on Feb. 2 at the O2 in London, when he challenged Sergio Garcia for the European 154-pound title. Garcia dominated the fight, winning two wide cards and one at a ridiculous 115-114 from Massimiliano Blanco, one of the most ridiculous scores of the year, but “right guy won” so it was mostly ignored.

Cheeseman, 23, will look to get back in order against an opponent to be named. He’ll be defending the British title that he beat Asinia Byfield to win this past October.

Richards (14-1, 8 KO) was also last seen on Feb. 2, impressively dominating and stopping Jake Ball in the third round. Sterling (10-0, 4 KO) last fought on Feb. 23, winning a clear decision over Ricky Summers despite going down in the second round. Richards-Sterling is an eliminator for a shot at the British 175-pound title held by Joshua Buatsi.

Charles Frankham, Shannon Courtenay, Reece Bellotti, and Otha Jones III will also be in action on the card, which will air on Sky Sports in the UK and stream live on DAZN in the US.