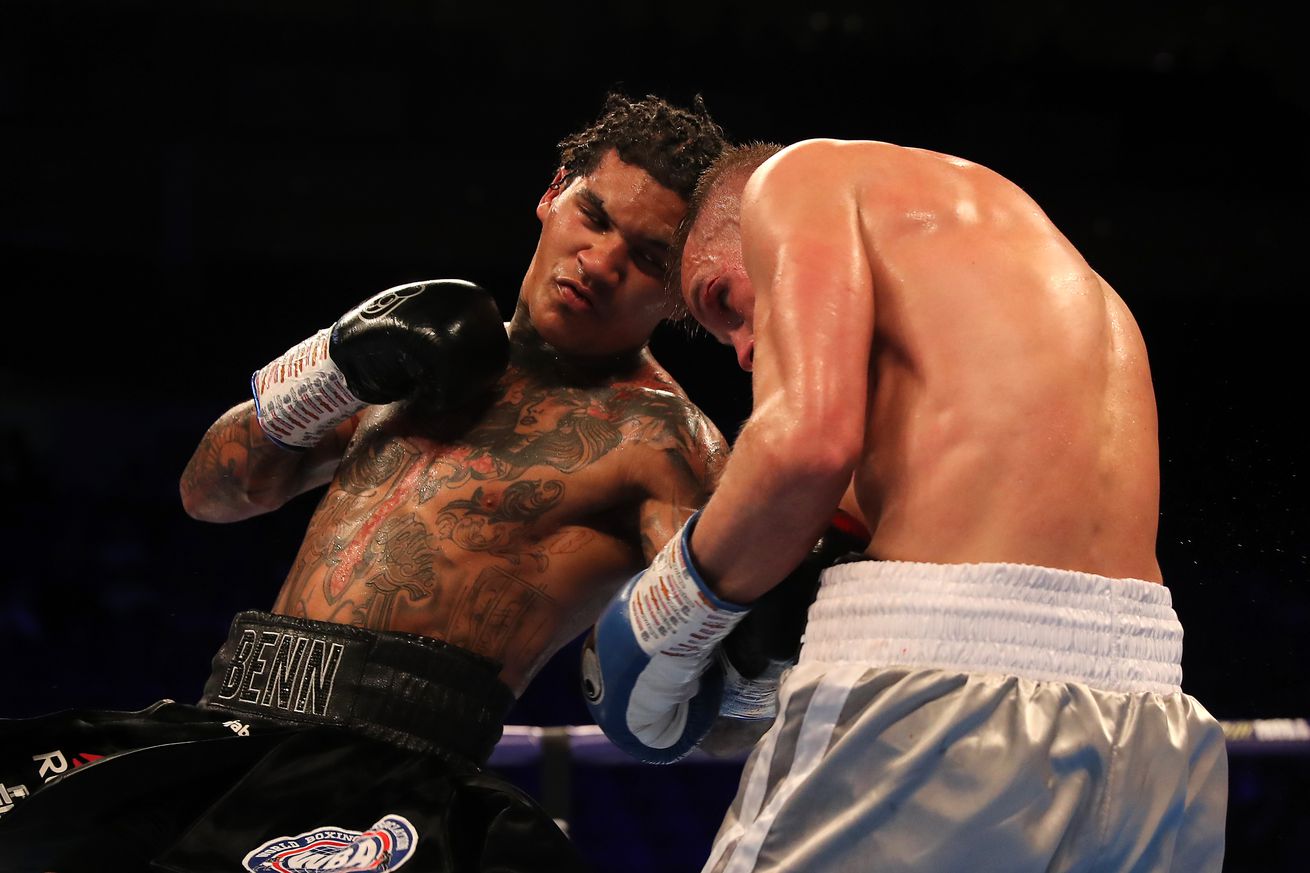 Welterweight prospect Conor Benn was fighting for the first time since July 2018.

Second-generation welterweight prospect Conor Benn got back in the ring for the first time in about nine months after suffering a hand injury in his last outing, looking pretty good in a win over Josef Zahradnik today in London on the Allen-Browne undercard.

Join us for continuing live coverage of the show.

Benn (14-0, 9 KO) had a little rust, as would be expected, and didn’t put in a perfect performance by any means, but the 22-year-old fighter got a good eight rounds in against a decent opponent in Zahradnik (10-3, 5 KO).

He also was able to show off his power, dropping Zahradnik on a terrific body shot in the seventh round. It was a shot good enough to have ended a lot of fights, but the Czech road fighter got back to his feet and finished the bout.

“It was good throwing my right hand in there. It felt good, really good,” Benn said after the fight. He injured his right hand in the first round of his July 2018 rematch with Cedrick Peynaud, and wound up having to fight essentially with one good hand the rest of the way.

Benn was asked if he wanted to fight for the British title, something his fighter Nigel never did in his career, in which the elder Benn won world titles in two weight classes. Conor said he’d be interested, but isn’t in a rush to get to anything specifically.

“I’m really happy with where I’m going. I’m looking better every fight,” he said. “As long as we’re progressing, I don’t want to take fights where we have to rush. I’ll wait my team to say I’m ready.”

Promoter Eddie Hearn was asked about a potential fight between Benn and fellow 147-pound prospect Josh Kelly, which has gotten some social media chatter going over the moths. Hearn said it won’t be next or anything, but, “Soon-ish, that’ll be a very good domestic fight.”