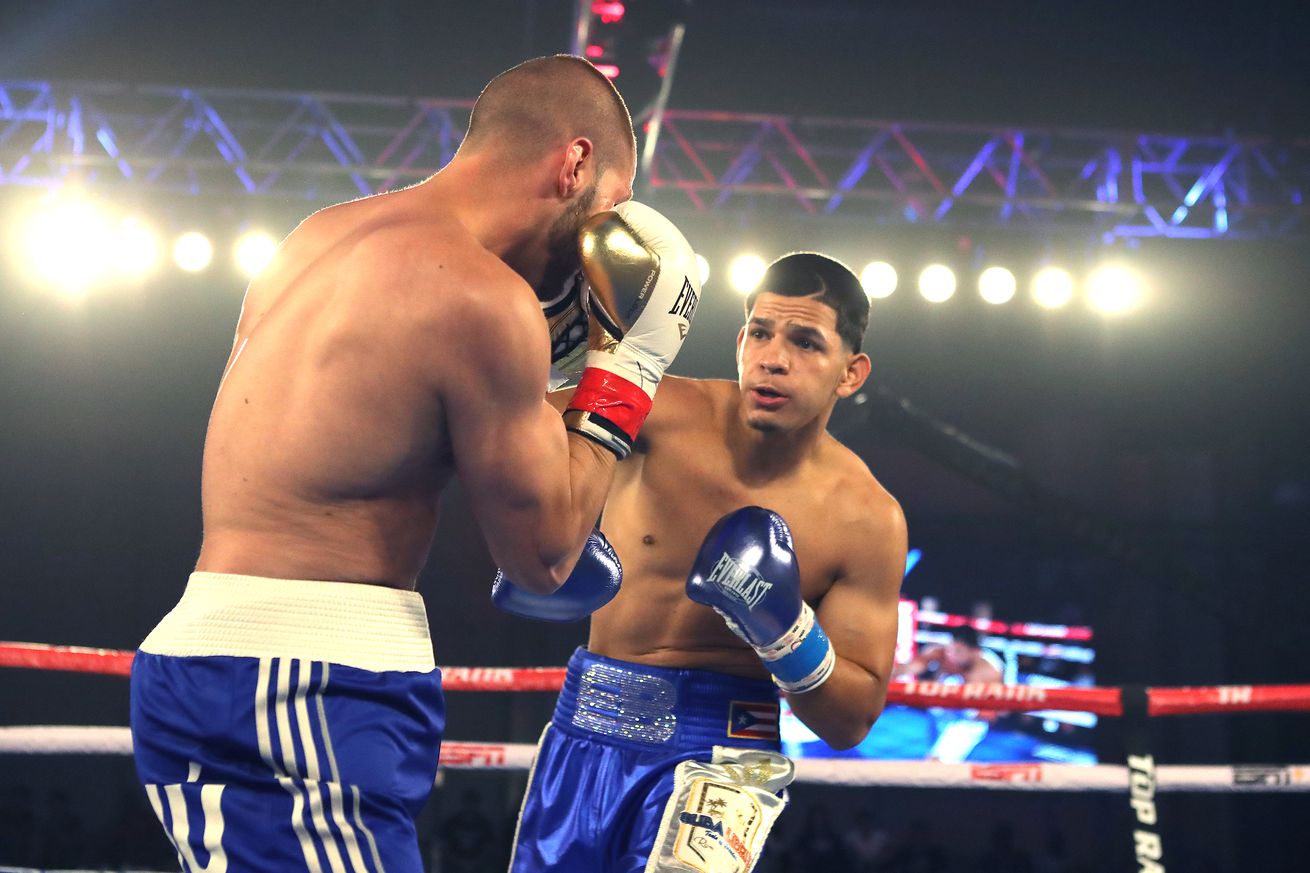 Berlanga was last seen scoring a 62-second knockout in July.

The 23-year-old Berlanga (13-0, 13 KO) has never had a fight go beyond 2:45 of the first round and has certainly passed the eye test against low- to mid-tier opposition. He’s 1-0 in the Bubble so far, having smashed Eric Moon in 62 seconds on the July 21st Oscar Valdez-Jayson Velez undercard.

Bellows (20-5-3, 13 KO) hit a wall in 2018, going 0-3-1 over the course of four fights, but has since scored a pair of knockouts over Mike Snider and Malcolm Jones. Most notably, while he’s been down in the past, he’s never been stopped. He’s not a huge jump in competition, but he’s a tough, well-seasoned veteran who might be able to drag at least a few rounds of work out of the Puerto Rican sensation.