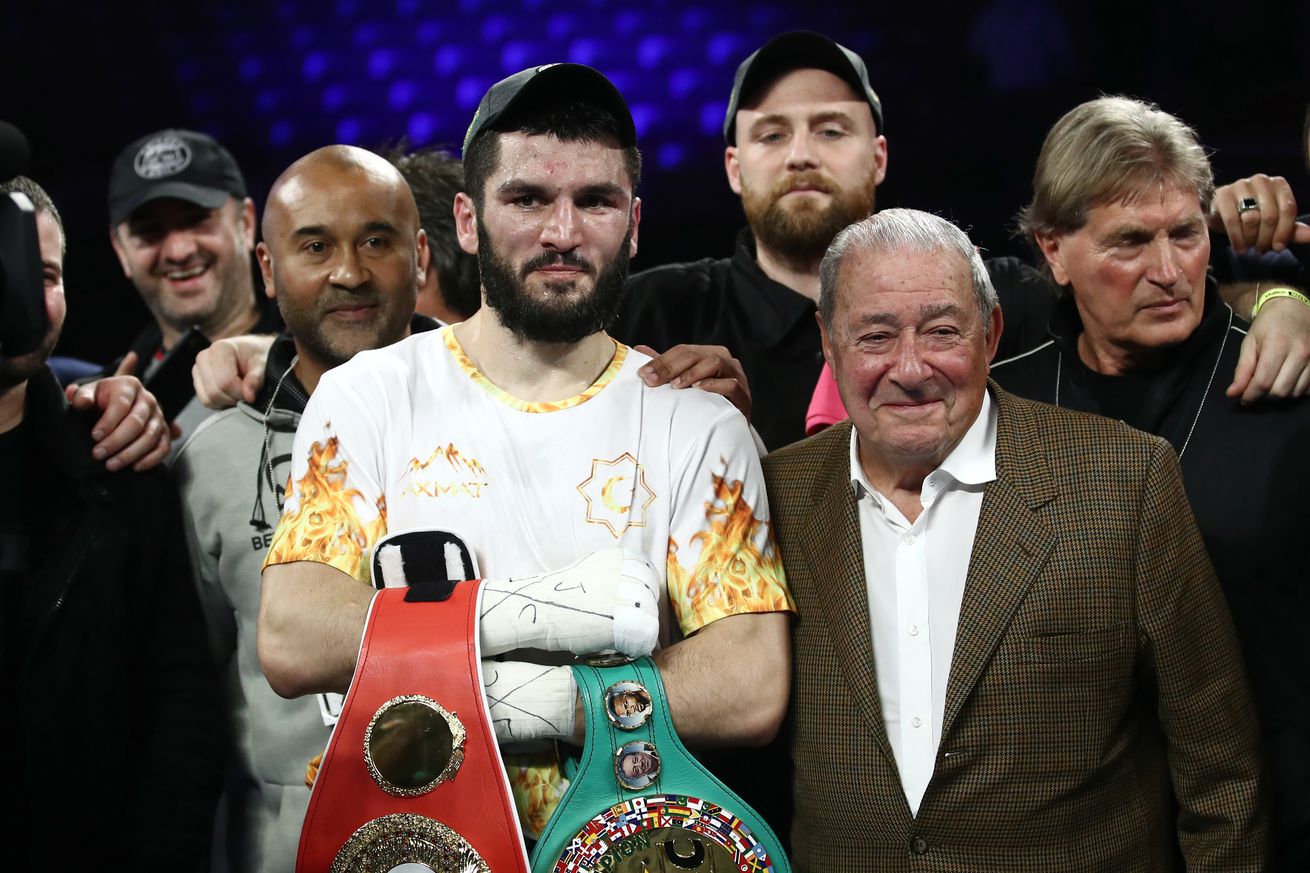 Beterbiev hopes to be able to fight in December.

IBF and WBC light heavyweight titleholder Artur Beterbiev was first supposed to fight IBF mandatory challenger Meng Fanlong in March, then that was moved to September, then Adam Deines had to step in to replace Fanlong, and the fight was moved to Oct. 9, and then to Oct. 23.

Now, the fight is postponed again. ESPN’s Mark Kriegel reported on tonight’s Top Rank Boxing broadcast that Beterbiev (15-0, 15 KO) has suffered a broken rib in training, and the fight is now being targeted for December.

The 35-year-old Beterbiev hasn’t fought since Oct. 2019, when he beat — and ultimately retired — Oleksandr Gvozdyk to unify the IBF and WBC belts. He’s no stranger to long layoffs in his pro career, both due to injury and promotional issues. He’s got the promotional issues settled now with Top Rank, but the injury bug has come back to bite again.

Kriegel said at first Beterbiev didn’t think the injury was serious, but he aggravated it lifting weights, and an MRI revealed a complete fracture.

Beterbiev-Deines was set to air on ESPN on a Friday afternoon. No word on whether or not the also-scheduled WBO light heavyweight eliminator between Umar Salamov and Maksim Vlasov will go forward on Oct. 23, but that could also be delayed until December now, which would leave Joe Smith Jr waiting on an opponent to fight for the vacant belt.