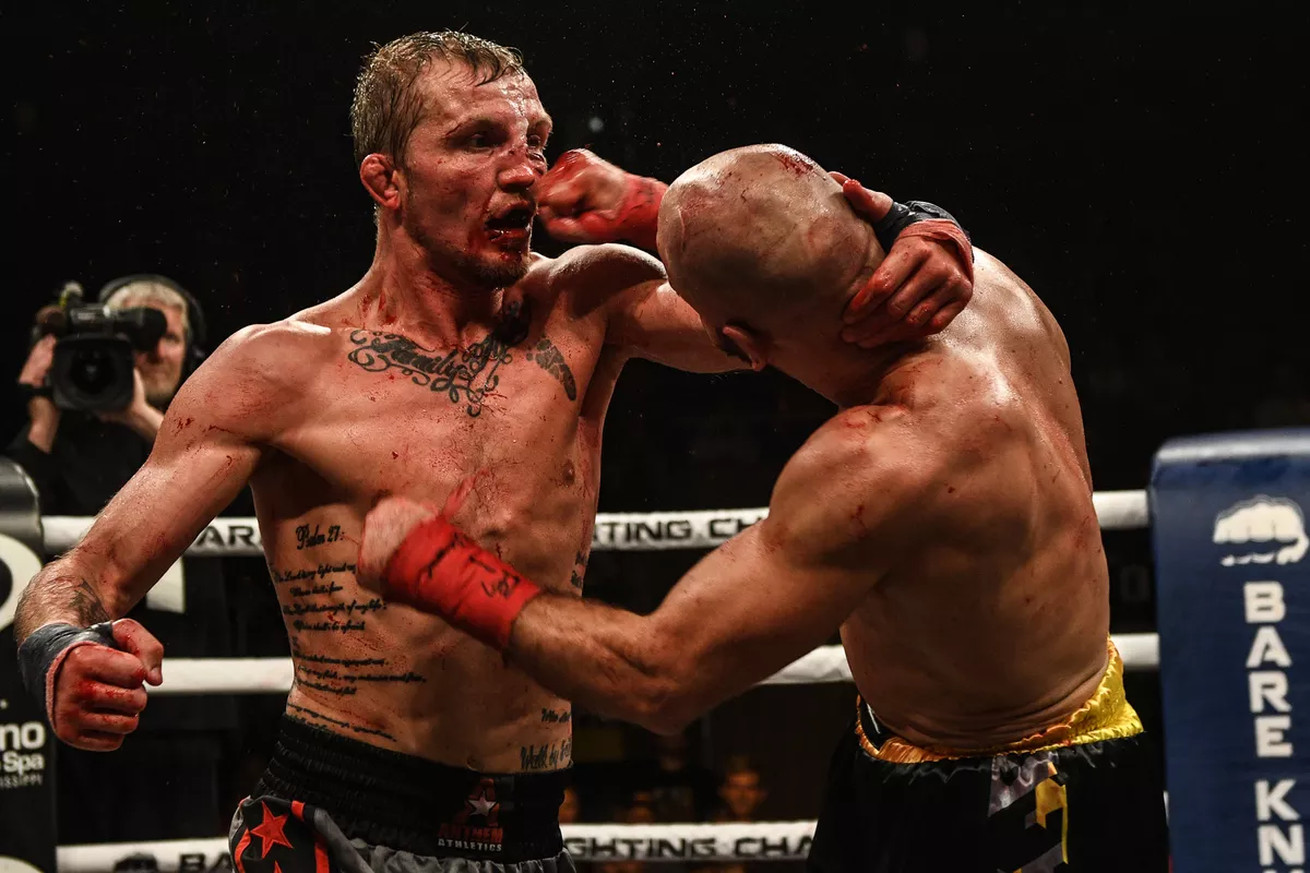 Bare knuckle boxing is making a bit of a comeback, but will it be able to find a real audience and sustain itself even as a niche sport?

Last week, we asked which Charlo twin had the better win on Sept. 26, Jermell or Jermall? While Jermell had scored a wicked KO and unified three titles at 154 pounds, establishing himself as the clear top guy in a turbulent, exciting division, 63 percent of you gave the nod to Jermall, on account of his win over Sergiy Derevyanchenko being one that fully established him as a real player at middleweight.

This week, our Big Question turns to something right on the fringes of pro boxing, the organized bare knuckled variation of the sweet science.

And it’s a simple question: do you think bare knuckle boxing, and BKFC in particular, will find an audience in today’s world?

Bare knuckle boxing isn’t new, of course. It’s the original form of what we’ve all been watching all these years. Things evolved and changed and eventually the sweet science became what it is today, but bare knuckle has been around all that time, too, just not so much as an organized sport.

Today, we notably have Bare Knuckle Fighting Championship, an organization led by promoter David Feldman, trying to make a mark in the combat sports world. Combat sports may never again be truly mainstream, but boxing still has its big fights every year and hangs on nicely as a niche interest otherwise, and mixed martial arts, notably UFC, has thrived in the last 20 years or so, growing into a huge PPV, TV, and streaming property.

BKFC have brought in some decent talent, former MMA guys largely, but we’ve also seen former boxing champ Paulie Malignaggi give it a memorable go, and they were reportedly offering Mike Tyson legitimate money when Tyson started floating the idea of fighting again earlier this year. Others, like Shannon Briggs, have been attached in rumors and reports, but haven’t fought, at least not yet.

Do you currently have interest in BKFC or bare knuckle in general? Have you watched any of the cards? If you have or haven’t, what were your impressions? Did you find it enjoyable, was the skill level too low for you, was the lack of name talent an issue for you? I’m genuinely curious about all of this stuff, and to be 1000% clear, this is not a marketing exercise, I promise you.

And, again, this is the main question: do you think there is there a market for the more visibly vicious version of boxing that bare knuckle presents, enough to be able to sustain itself as a niche sport?