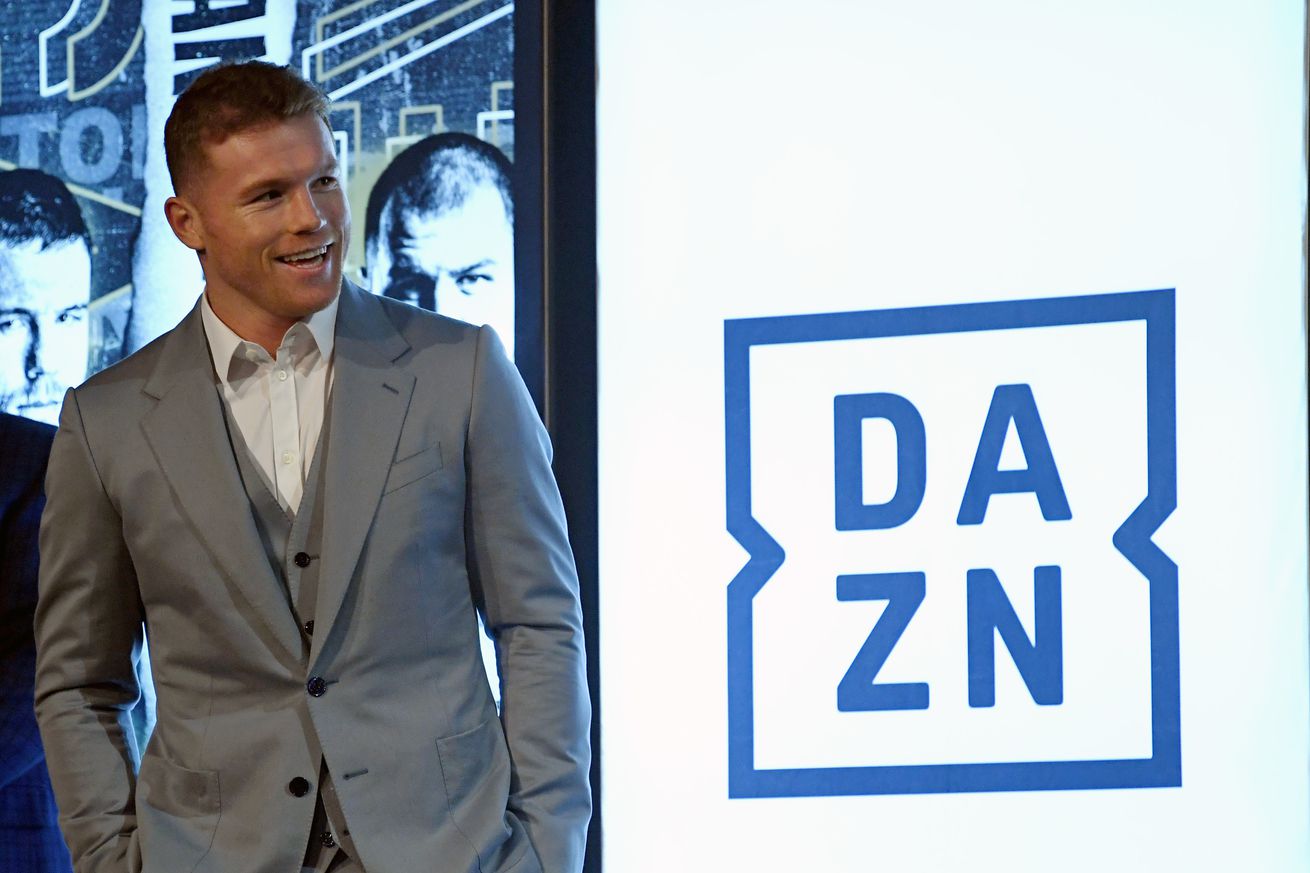 DAZN was meant to be a new home for big-time boxing, but struggles catching on have us wondering how long they’ll be in the game.

“The Big Question” is a new weekly feature we’re going to try out here at Bad Left Hook, which will run on Tuesdays at Noon ET.

DAZN has been around longer than most American boxing fans have known about the over the top streaming platform. Founded in 2015 and launching in 2016 in Austria, Germany, Switzerland, and Japan, the company has carved out a niche in many countries.

In 2018, the company announced plans to launch in the United States, came at the right time to take advantage of a boxing market that had just lost HBO as a chief content home after 45 years. And that’s just what the company aimed to do, first signing a big deal with Eddie Hearn and Matchroom Sport — with the obvious focus being on Matchroom Boxing — and then a huge, 11-fight, $365 million deal with Canelo Alvarez, which Golden Boy Promotions tagged along with to get the rest of their fighters a new home, too.

Recently, of course, Canelo — who remains arguably boxing’s biggest drawing card — filed suit against DAZN, as well as Golden Boy and Oscar De La Hoya, claiming a breach of contract and seeking $280 million in damages. The suit in its current form was dismissed by a California court, but he and his team have until Sept. 28 to amend that and submit again.

But it’s not the first we’ve heard of trouble at DAZN, either. Yes, the COVID pandemic has hit the company hard, and for very obvious reasons. A company dedicated to streaming live sports had no live sports to stream. That said, there was already a lot of rumbling about the company’s inability to attract subscribers in the United States by late 2019, and there’s really never been a good report about the number of subscribers they have brought on. By the end of last year, word was pretty clear: DAZN needed to stop over-spending on fights, because they simply weren’t seeing the money come back.

There are things that once didn’t seem like red flags that maybe should be now. A lot of people rolled their eyes or scoffed at things like Eddie Hearn doing “YouTube boxing” with guys like KSI and the Paul brothers, Logan and Jake. At the time, mostly it was just seen as a way — annoying or not — to attract a fan base that really might pay to see those guys fight. They’re much more popular with certain demographics than anyone in boxing is.

But was it really just an easy way to make some money, or was there more of a desperation behind the move than most thought at the time? Was this a hail mary pass to try and attract an amount of even short-term subscribers that boxing — even stars like Canelo or Anthony Joshua — simply cannot?

Maybe, maybe not. In May of this year, the Financial Times reported that DAZN was “racing to secure its financial future,” and that owner Len Blavatnik was looking for ways to raise money. Shortly after that report, the smooth-talking Hearn turned on his usual charm and said that “there is no DAZN situation.”

Fast forward a few months, though, and there pretty obviously is a “DAZN situation.” Even beyond the obvious Canelo disaster and everything that was starting to boil up before the pandemic, Michael Woods has reported that Hearn and Matchroom have seen their budget cut by “more than a third, maybe up to 40 percent.”

Currently, Matchroom have nothing officially on the schedule. Golden Boy don’t, either. The last boxing show on DAZN came on Aug. 22. The next one is Sept. 26, and that’s a World Boxing Super Series show, the many times-postponed last show of a deal that stretches back to the very early days of DAZN in late 2018.

So the big question itself: will DAZN still be in boxing after 2021? It seems relatively safe to say we’ll see them through the end of this year. By all accounts, Hearn is still working to put together some shows, including Anthony Joshua’s return against Kubrat Pulev, and he’s still tagging DAZN in tweets and putting their logo on fight art and all that.

But it’s worth asking how long this is going to last. DAZN deserve their own major share of the blame here, to be clear. They flat overpaid for Canelo, for Gennadiy Golovkin later, and probably for Matchroom, too, in all honesty. They obviously envisioned there being more of a market for the sport on a newfangled sort of service in the U.S. than there has been, especially without genuine marquee matchups to trade on.

In time, streaming probably will take a much bigger chunk of the U.S. broadcast audience. But will DAZN’s story wind up being more a map that lays out the hazards and dangers for another company to follow later on? Did they gamble too soon on changing the game? Are they ready to weather some pretty big storms? And even if they do or are, will boxing still be part of that?