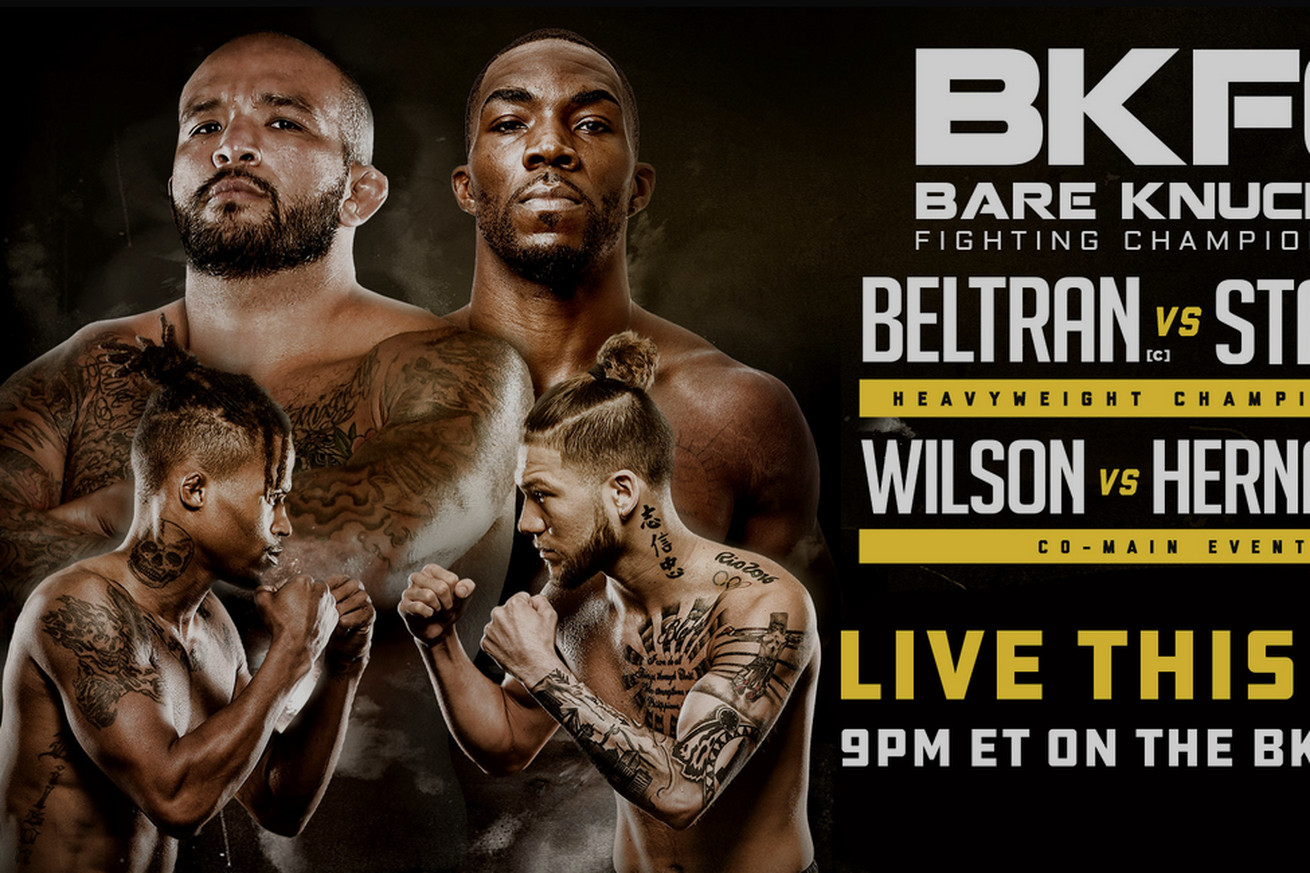 BKFC returns with a heavyweight title fight and the debuts of Nico Hernandez and David Rickels.

Bare Knuckle Fighting Championship is back tonight at 9 pm ET with BKFC 13, which will stream live on BKTV from Salina, Kansas.

The main event will be a BKFC heavyweight championship fight between Joey Beltran and Marcel Stamps, while the co-feature will see former U.S. Olympian boxer Nico Hernandez make his bare knuckle debut against Chancey Wilson. The 24-year-old Hernandez is 7-0 (4 KO) in pro boxing since making his debut in 2017, but hasn’t fought since Feb. 2019, and has actually never fought outside of his home state of Kansas, so as you can imagine he hasn’t made much of a dent on the pro boxing game yet.

The show will also feature MMA veteran Dave Rickels, who makes his own BKFC debut in a light heavyweight bout against Cliff Wright, plus much more.

Join us tonight for some BARE KNUCKLE ACTION, woo, yeah!