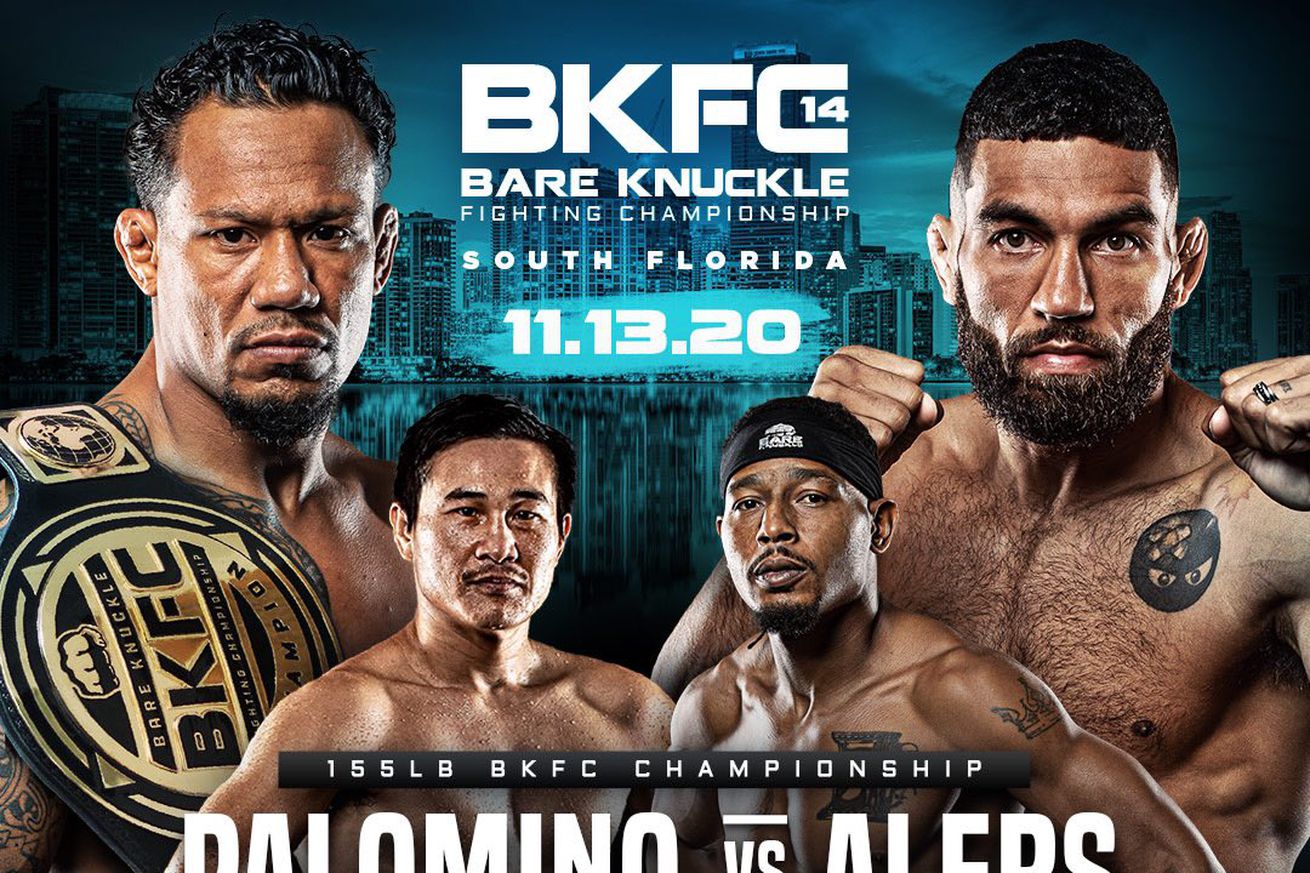 BKFC are back tonight with a title fight in the main event.

The main event will be the junior middleweight bout between champion Luis Palomino and Jim Alers. Palomino, a 40-year-old originally from Peru and now based in Miami, will be defending the title he won on July 24, when he beat Isaac Vallie-Flagg via TKO in 45 seconds. Palomino is 2-0 (1 KO) in bare knuckle.

Alers, 34, is a Florida native who is 4-0 (3 KO) in bare knuckle. He last fought on Feb. 15, beating Kaleb Harris via majority decision over five rounds.

How to Watch BKFC 14

There is also — maybe? — a lightweight bout for the interim title. Champion Johnny Bedford had to pull out of his scheduled defense against Day Nguyen. But Nguyen (2-0, 1 KO and 20-3, 7 KO in pro boxing) was scheduled to face Reggie Barnett Jr (6-2, 2 KO) for the interim title. This fight is no longer listed on BoxRec, though I can’t find anything new about it, either.

There will be several more fights on the show, too. We’ll be here tonight, so join us!