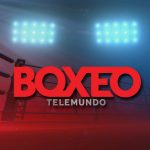 Another chapter of the rivalry between Mexico and Puerto Rico will headline the next “Boxeo Telemundo” telecast.

The clash between Moran and Colon will pit two punchers against one another, which could produce fireworks. A lot is on the line as the winner could also enter title contention in a very stacked 140-pound division.

It is a fight that promoter Tuto Zabala believes is a toss-up between the two but he also anticipates a lot of action.

“This is a great fight,” Zabala told The Ring on Wednesday morning. “We’ve been wanting to make this fight for some time now. It’s going to be a boxing classic between Mexico and Puerto Rico. There are great battles anytime these two countries are represented in the ring. Colon and Moran are hungry to win. We expect a lot of action. These two can punch and need a win to take the next step in their boxing careers.”

Moran (25-4-1, 18 knockouts), who resides in Mexico City, most recently fought on September 4, knocking out Mexico’s Luis Solis in Round 6. The fight came exactly 11 months after Moran fought to a draw against unbeaten junior welterweight contender Yomar Alamo.

The 27-year-old Moran’s most significant fight was a knockout loss to current WBC titleholder Devin Haney on May 25 of last year.

Colon (17-1-1, 16 KOs), who is originally from Puerto Rico and now resides in Buffalo, New York, has not fought since October 18 of last year, stopping Richard Zamora, of Mexico, in the opening round. The 28-year-old has won his last three fights since losing by majority decision to Jose Guadalupe Rosales in June 2017.

Moran also stopped Zamora in the opening round of a lightweight bout in March 2017 and battered Rosales four months later to win by TKO in Round 6.

Welterweight prospect Xander Zayas (5-0, 4 KOs), who turned 18 on September 5, will face Anthony Curtiss (2-5, 2 KOs), of Butte, Montana, in a four-round bout. Zayas is promoted by Top Rank and managed by Peter Kahn.

Unbeaten Rafayel Simonyan (7-0, 6 KOs), of Armenia, will square off against Eric Abraham (6-6, 3 KOs) in a six-round cruiserweight bout. Abraham, who is originally from Birmingham, Alabama, and now resides in Schenectady, New York, has lost three of his last four bouts, all by stoppage.