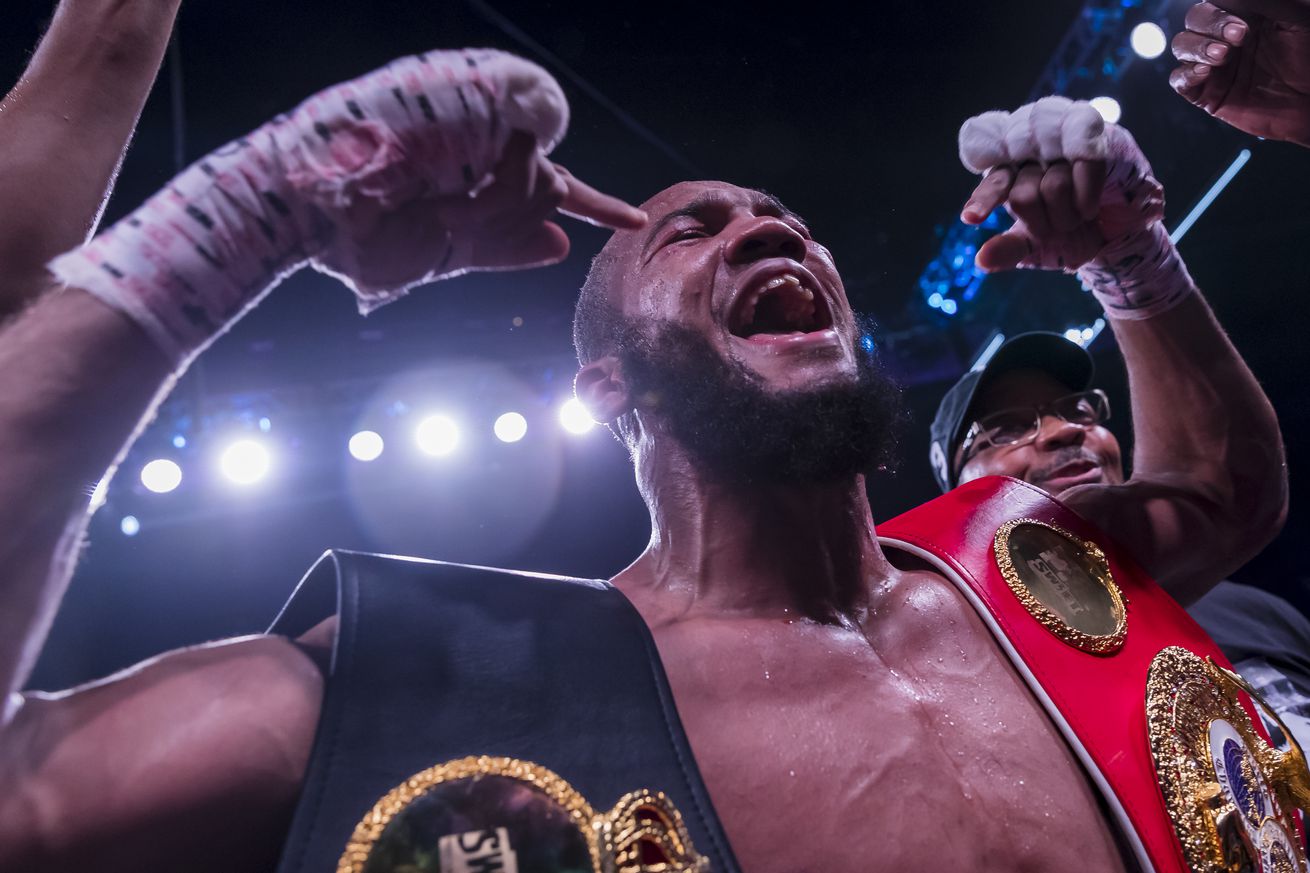 The 154-pound division has a new titleholder, and very few saw it coming.

Julian Williams marched into Jarrett Hurd’s backyard and took the WBA and IBF 154-pound titles tonight in a PBC on FOX main event, outfighting the favored titleholder and earning a clear decision win over 12 rounds.

It was a terrific, hard-hitting fight, with Williams not only proving the superior boxer but able to take any attempts at rallying from Hurd, known as a slow starter who breaks opponents down. He wasn’t able to do that tonight, and all the credit for that goes to Julian Williams and his team.

It’s the sort of win that really shakes up a division and the careers of the men who were in the ring, and it will hopefully get a lot of attention post-fight, because it was a fight and a victory that deserve the attention.

Here’s what some boxing pros had to say on Twitter at the end of and then after the fight.

Let’s start with a big one:

Before the judges call it, ima call it. 119-108 Williams. Congratulations brother. Philly got another champ.

No losers tonight. Tremendous fight and even better sportsmanship. @Jrockboxing and @swift_jhurd are each a credit to the sport. Great competitors and class acts. #HurdWilliams

It just goes to show you that one loss doesn’t define you. @Jrockboxing lost to Charlo in Dec 2016, but he came back so damn strong and never doubted himself. He made sacrifices and fought his ass off against any and all comers. J Rock is a true epitome of a champion

That’s how a challenger comes in and takes it.. congrats @Jrockboxing

Wow!!! What a fight!! #HurdVsWilliams

GREAT FIGHT!
I have it 9-3 @Jrockboxing. Brilliant performance… God I hope they give it to the right man.#HurdWilliams #boxing #PBConFOX

Williams deserves to be champ tonight! Hope it goes his way

This a good ass fight, Jrock looking like he finna become champ #HurdWilliams

I’m happy for @Jrockboxing but my heart is broken for @Swift_JHurd ! I’m a fan of both guys! The best fighter won tonight. What a comeback champion!

Keep your head up @Swift_JHurd tonight wasn’t your night but a true champ bounces back. Mad respect to you and the fam