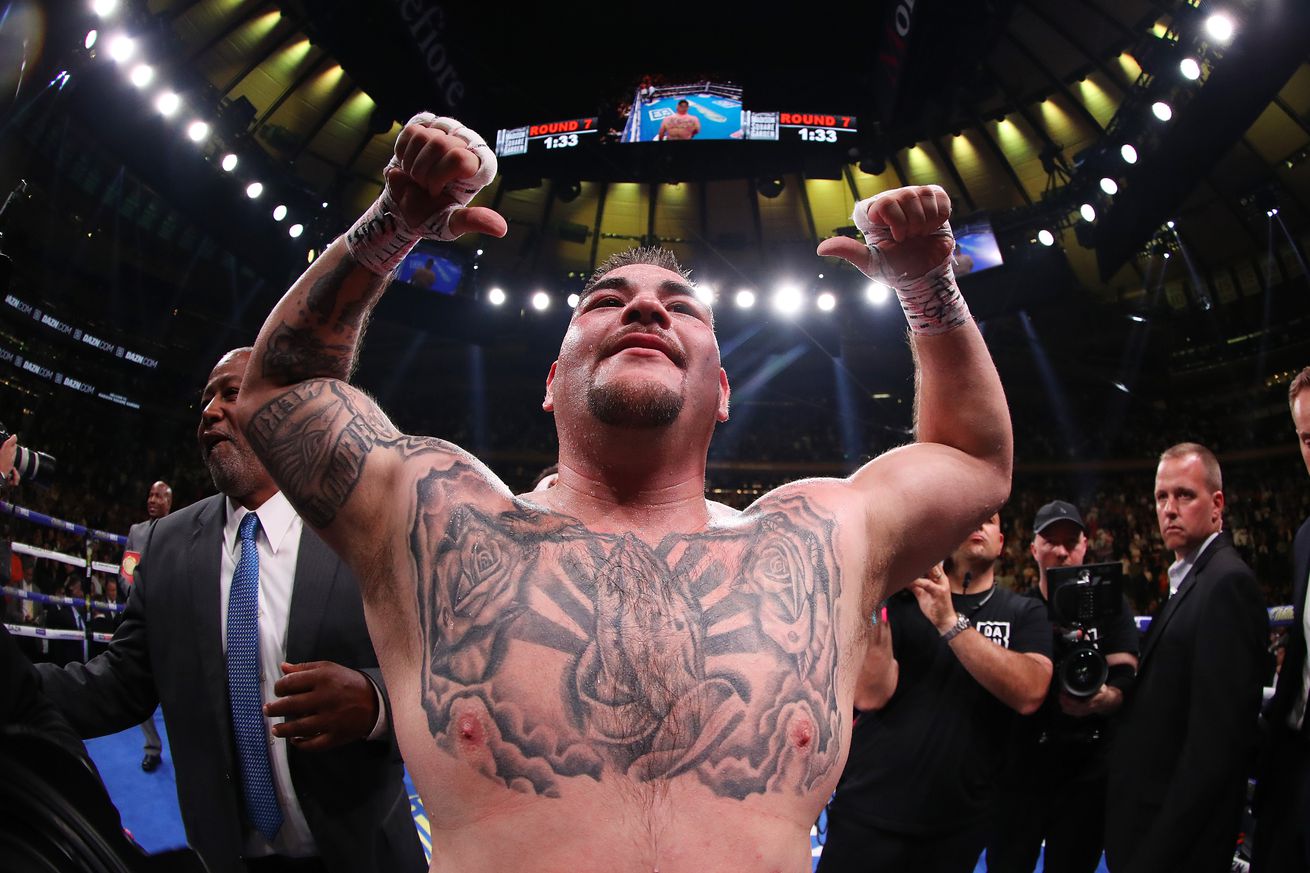 It was not supposed to happen, but it did, and it’s the biggest story in boxing this year.

If you haven’t heard by now, Andy Ruiz Jr shocked the world with a seventh round TKO of Anthony Joshua, dropping the heavily-favored, previously-unbeaten titleholder four times — twice in the third round, twice in the seventh, after having come off the canvas himself in round three.

Wow…… congrats @Andy_destroyer1 !I did not see this coming! @DAZN_USA

GET THE FUCK OUTTA HERE

Anthony need more dog that pretty boy shirt can only go so far !

As a Mexican American, I am so DAMN Proud that @Andy_destroyer1 is the new heavyweight champion of the world. What a moment at the Garden! Viva Andy Ruiz. This is a great night for boxing

Anytime u look at your corner u know what that mean

He shook up the world!!! @DAZN_USA

The three headed HEAVYWEIGHT monster JUST LOST ONE OF ITS HEADS!!!! WOW!! #AndTheNEW

Congrats to @Andy_destroyer1 on his win tonight

WOW! Andy Ruiz just shocked the world! That was one of the biggest upsets in boxing history.

That was a #sisepuede moment if I ever saw one #JoshuaRuiz

I don’t even know what to say right now! #JoshuaRuiz

In my opinion @anthonyfjoshua has peaked and has kind of exposed himself. He will never be the same. The heart has shifted. He’s been and still is an imposing guy but again I feel will not ever have same impact. #JoshuaRuiz

We have our back and Forth’s but @anthonyfjoshua changed his stars through life. heavyweight boxing, these things happen, rest up, recover, regroup and come again

Congratulations @Andy_destroyer1
Its these fights that makes a dream of becoming a world champion. When the Underdog WINS.
Reminds me of the night @ChrisAlgieri got the big “W” agains Ruslan
This is why i work so hard #TeamVanHeerden

I hated to see y’all hate on him saying he was going to get knocked out in a couple rounds, but look you when you see a small dog with a big fight in him you can’t bet against that. Congrats to the Mexican Heavyweight champion I’m happy to see it pic.twitter.com/JTRKXJBv2r

And if ya don’t know now ya know. Good work @Andy_destroyer1

Congratulations to Andy Ruiz, history has always told us Heavyweight boxing is capable of throwing up an unthinkable result. Joshua is a huge star and will no doubt come again after an off night.

The unified heavyweight champ just quit against a last minute sub………champs dont quit we fight till we cant anymore . Congrats to #andyruizjr pic.twitter.com/AkOPpbk6Wo

My blood brother. I ain’t even gonna say he’ll bounce back coz we know that. I’m gonna say respect to him for respecting boxing and never letting it make or break him as a man. pic.twitter.com/NEyzeL2yav

He wasn’t a true champion. His whole career was consisted of lies, contradictions and gifts.
Facts and now we know who was running from who!!!!#TilThisDay