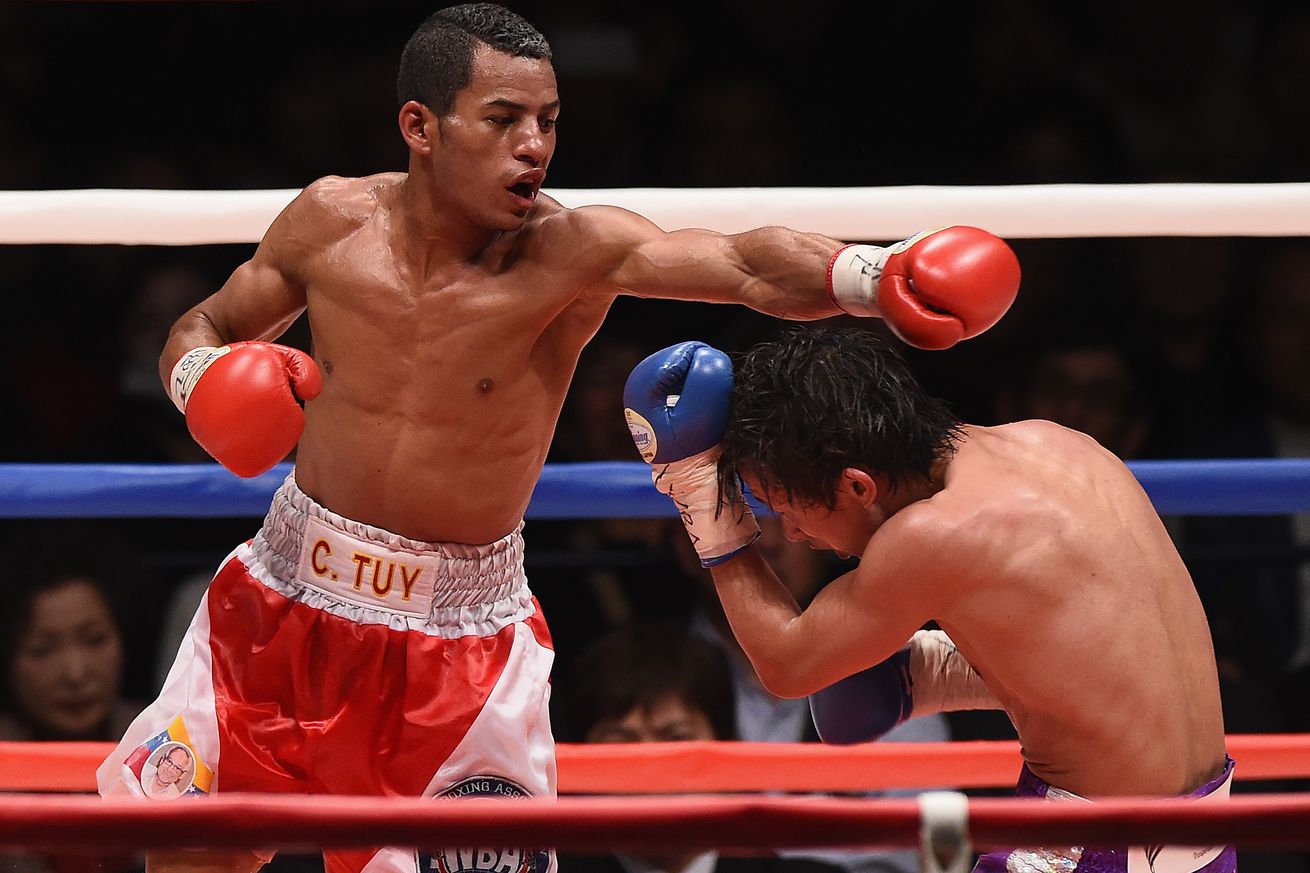 Jamel Herring is new in the 130 top 10, while Carlos Canizales made a statement at 108 this past week.

Notes: I was pretty much high man on ranking Austin Trout before this past weekend, but with his draw against Terrell Gausha, which really should have been a loss, he drops out of the top 10. So the question was about the new No. 10 man in the division. I considered Gausha, of course, but while I think Gausha did enough to beat Trout, it was really more one of those “did enough” things than it was anything like Gausha being so much greater than previously imagined. I also considered Liam Smith, a reliable contender in the division in recent years. And I considered European champ Sergio Garcia, too, and Erickson Lubin and Carlos Adames. But I settled for now on Kell Brook, the former welterweight titleholder who wasn’t impressive last time out against Michael Zerafa but did win with no question. Brook’s immediate future may be back at 147, but for now he ranks at 154, where his last two fights have taken place. I really came down to Brook or Sergio Garcia, and as good a technician as Garcia looked against Ted Cheeseman in February, I am more skeptical about that win (maybe Cheeseman just isn’t very good yet) than I am about Brook having a bit of an off-night in December. If it came down to it and a Brook-Garcia fight got made, I think I’d pick Brook to win, even if I’d think Garcia a live dog. Lubin and Adames are stalking the list, though. I didn’t write Lubin off with the loss to Jermell Charlo, he’s still really young, and he’s got a world title eliminator next, albeit not against a top opponent.

Notes: I know it was just Antonio Lozada Jr, who had his moments here and there in the fight, but I flipped Jose Pedraza and Robert Easter Jr based not just on Pedraza’s win over Lozada on Saturday, but when I thought about that fight and Pedraza’s decent effort against Lomachenko in December, then thought about the last handful of times we’ve seen Easter — I dunno, I just think Pedraza deserves the slightly higher rank right now. This is the sort of thing I really mean when I say my rankings will have more week-to-week movement than some might. I’m not going to keep things static just because I thought that way before. If something changes my mind, I’ll make a change in the rankings. Boxing changes fast. I was once really high on Easter, and that enthusiasm probably peaked after his April 2016 stoppage of Argenis Mendez, who three years later is still a pretty good fighter. But I haven’t come out of a fight really impressed with Easter since his Sept. 2016 win over Richard Commey, either. His title reign was really pedestrian, Mikey Garcia outclassed him worse than Loma did Pedraza, and last time out with Barthelemy, the two of them were awful. Just awful. I’m not saying they’re bad fighters — obviously, I still have them both ranked here — but it was a fight where two good fighters made each other look dreadful, and a lot of that was neither of them had the willingness to take a risk, both of them all but begging for a draw, which they got.

Notes: I picked Herring to get the win over Ito last week on a feeling that he had the right tools and Brian McIntyre would have the right plan against a good, basic fighter. If he faces Berchelt next as was the hype coming in, that’s a much tougher test. For as much as the ESPN broadcast crew hyped some ferocious power from Ito, they were talking about a guy with a 52% KO rate who didn’t exactly blast out Christopher Diaz the last time he was on their airwaves. Meanwhile they had Tessitore screaming about Ito as if Ito were one Tommy Hearns right hand away from erasing all of Herring’s good work. Anyway, I do think Ito still deserves a top 10 slot here, but like most fighters — even most good ones — he has his limitations and bad style matchups, and Herring and McIntyre executed on Saturday. As for Herring, the moves to 130 and the new trainer have suited him. McIntyre is proving himself to not just be some guy who was lucky enough to hook up with Terence Crawford, and I thought Herring looked sharp his first couple times out moving down in weight, and he proved that was no illusion of lesser competition. Jamel has worked and fought his way to his spot.

Notes: No movement this week, but I did weigh maybe switching Galahad and Xu at the 9/10 slots. Xu looked really good stopping Shun Kubo, a former 122-pound titleholder, on Sunday, and is on a nice streak overall, with two pretty good wins this year. But I figure the Galahad thing will sort it in a couple of weeks when Galahad faces Josh Warrington. Also, on another note, Abner Mares will be one-year “inactive” soon (June 9), but I’m not going to drop him unless he officially retires, which at last update he does not plan to do. He would have fought in February, though at 130, if not for the eye injury. He’s kind of in a wait-and-see spot at the moment. I’m just saying I’m not going to be a stickler for the one-year thing because boxing is weird and so many variables come into play with these situations. Mares plans to fight as of his most recent statements.

Notes: The change here is that Sho Kimura moved down in weight, so Ryoichi Taguchi moves in at No. 10 for now. He’s lost two in a row, but they were to Hekkie Budler in a narrow decision at 108, and then to Kosei Tanaka in March where Taguchi still looked like he had plenty of fire, he just wasn’t good enough to beat the top guy in the division. My debate for the open spot came down to Taguchi or 21-year-old Japanese flyweight titleholder Junto Nakatani, who is unbeaten and promising but not as proven in victory as Taguchi has been in recent defeats.

Notes: Bumped Carlos Canizales a couple spots for a really strong, impressive win on Sunday in China over Sho Kimura, who was coming down from 112 and also moves into these rankings at No. 8. (He was No. 5 last week at flyweight.) Kimura may well move right back up, but for now he’ll rank here. If it changes later, it changes later. Canizales unquestionably won, but I think Kimura is still better than the guys below him at 108.