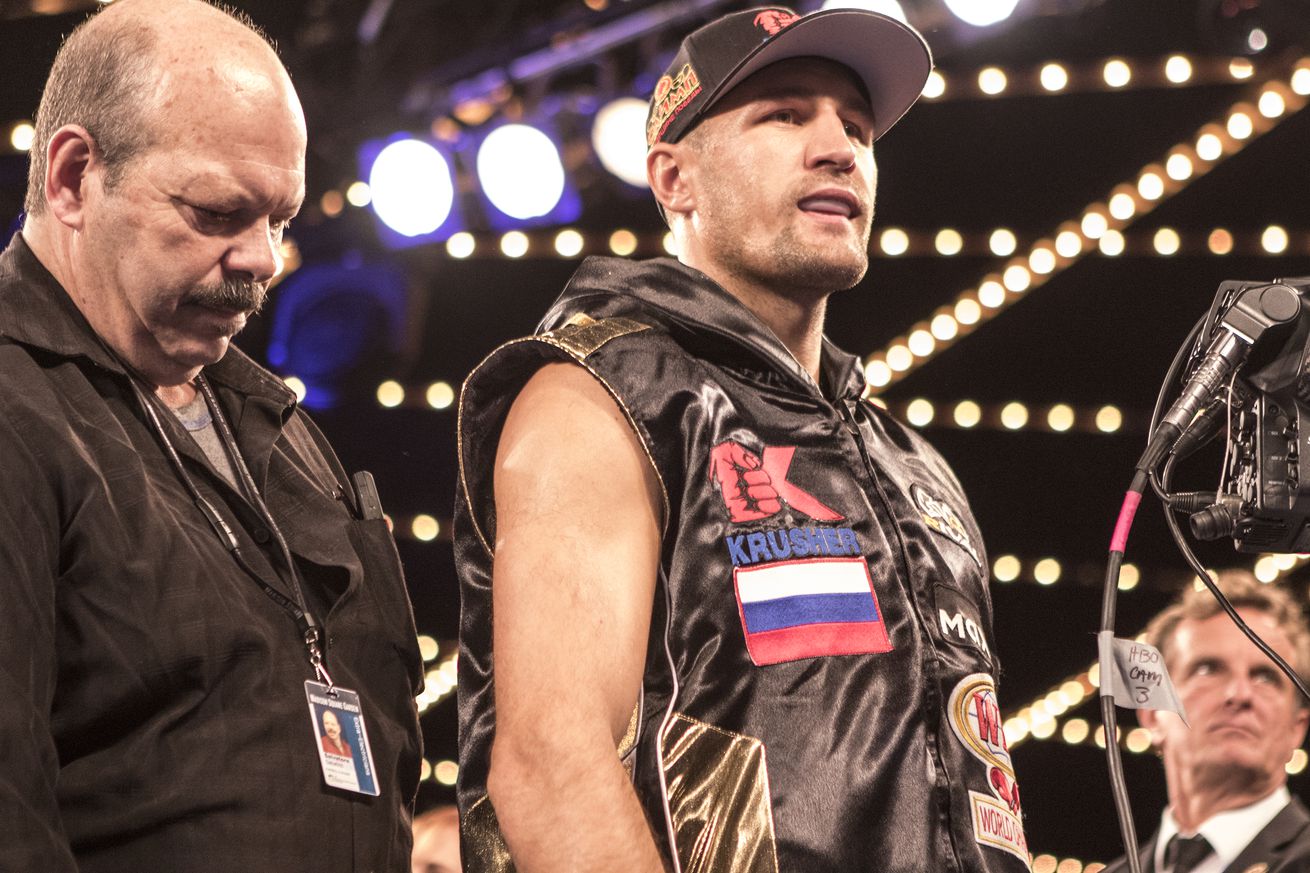 Facebook, 10:00 pm ET, Luis Feliciano vs Genaro Gamez, Blair Cobbs vs Steve Villalobos. Seriously, if you aren’t busy on Thursday night around this time, consider checking out this Golden Boy DAZN show. Pound-for-pound, I can’t name a single boxing series in 2019 that has been better than this one, and it’s free for everyone to watch. Here you have a couple of unbeaten 140 prospects in the main event, plus the always-vibrant Cobbs against Villalobos, another meeting of undefeated fighters. We have a good time and the shows are consistently entertaining. Give it a shot. BLH will have live coverage.

SHO, 10:00 pm ET, Vladimir Shishkin vs DeAndre Ware, Shohjahon Ergashev vs Abdiel Ramirez, Arnold Khegai vs Franklin Mamani. A ShoBox tripleheader from Broken Arrow, Oklahoma, headlined by super middleweights Shishkin and Ware, and featuring Ergashev (140) and Khegai (122) in the other bouts. Also worth noting that legit welterweight prospect Jaron “Boots” Ennis is returning off TV for his first fight in 2019. BLH will have live coverage.

ESPN+, 12:30 pm ET, Sergey Kovalev vs Anthony Yarde. Against all, or at least many, odds, this fight appears to actually be happening. The undercard has a notable fight at cruiser featuring Junior Makabu against Aleksei Papin, plus plenty more. Kovalev-Yarde is intriguing if only because it’s impossible to tell what we really have with Yarde — he passes the eye test and Kovalev is 36, but Yarde has never fought a contender. BLH will have live coverage.

DAZN, 7:00 pm ET, Juan Francisco Estrada vs Dewayne Beamon. Dewayne Beamon is maybe not a great challenger on paper, 34 years old, doesn’t have what you’d call a “good win” on his record, lost a decision last August in Mexico against a guy who was 13-9-4, but, well, Estrada has earned one of these, I suppose, boxing being what it is. And who knows? Maybe Estrada takes him lightly. Maybe Beamon has the night of his life. IT HAPPENS. The card also features Shakhram Giyasov vs Darleys Perez, which is a nice step-up; plus Filip Hrgovic vs Mario Heredia, returns for Liam Smith and Jono Carroll, and prospects Diego Pacheco and Alexis Espino, who both look legit. BLH will have live coverage.

FS1, 10:00 pm ET, Brandon Figueroa vs Javier Chacon, Stephen Fulton vs Isaac Avelar. Figueroa, younger brother of Omar, is a legit rising star at 122, and appears to have none of the “issues” that kinda held his brother back. Fulton-Avelar is a good matchup at 122, too, two unbeaten fighters. I realize most won’t be watching this because there’s a bigger DAZN show on at the same time-ish, but this is the rare FS1 show that is actually good, just without star names that could be put on FOX. BLH will have live coverage.

UFC Fight Pass, 10:00 pm ET, Connor Coyle vs Rafael Ramon Ramirez. An RJJ show from Alpine, California, with middleweight Connor Coyle in the main event. Coyle is 10-0, but he’s 29, too. He’s not really a prospect, but he’s out there. Unbeatens Santiago Dominguez and Brandon Valdes are also on the card.