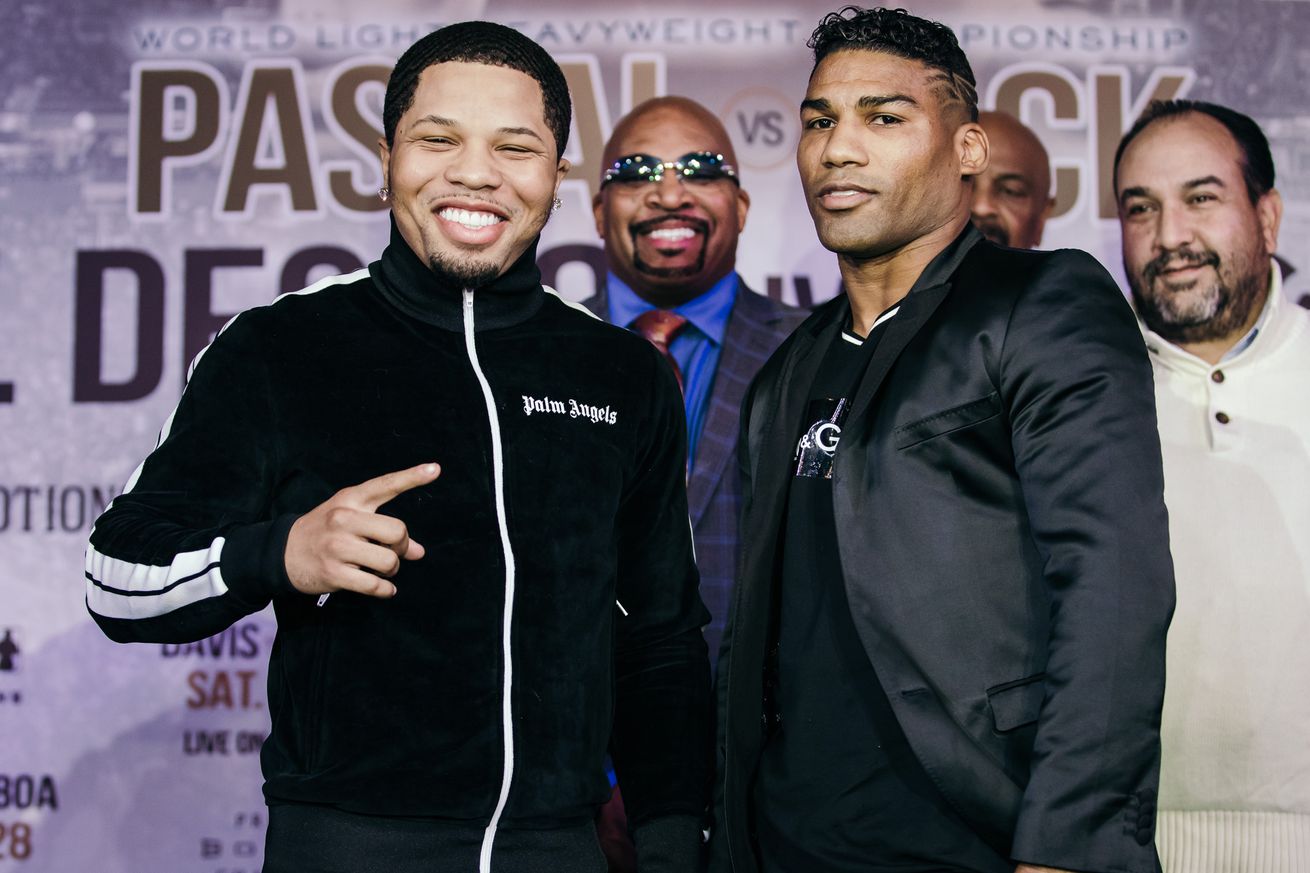 Gervonta Davis faces Yuriorkis Gamboa, and we’ve got a tripleheader on Monday morning from Japan.

ESPN+, 3:55 am ET, Ryota Murata vs Steven Butler, Ken Shiro vs Randy Petalcorin, Moruti Mthalane vs Akira Yaegashi. A world title (well, of sorts with Murata) tripleheader from Yokohama, live on The Plus two days before Christmas. Who can ask for more? None of these are particularly great matchups, being honest, but damned if I don’t love a legal stream of a Japans card after years of often trying in vain to see title fights live via illegal means. BLH will have live coverage.

YouTube/Facebook, 6:30 pm ET, Malik Hawkins vs Darwin Price, Angelo Leo vs Cesar Juarez, Viddal Riley vs Muhammad Abdullah. Kind of a ShoBox sort of batch of fights, streaming on YT and FB, with Hawkins-Price a matchup of unbeaten 140-pounders, Leo-Juarez a meeting between a prospect and a solid vet, and Riley-Abdullah is a thing, too, Riley is a YouTube star/boxer who trained KSI. BLH will have live coverage.

SHO, 9:00 pm ET, Gervonta Davis vs Yuriorkis Gamboa, Jean Pascal vs Badou Jack, Jose Uzcategui vs Lionell Thompson. This is probably our last live coverage event of the year, unless there’s a legit stream on YouTube for Ioka-Cintron on Dec. 31. Davis-Gamboa is for the vacant WBA “world” lightweight title; the real WBA title is held by Vasiliy Lomachenko. I’ve hated the idea of Davis-Gamboa since it was being floated prior to their July wins in Baltimore, and that didn’t lessen when Gamboa sparked out old, no-feet Rocky Martinez. But I don’t think this will be boring, I expect an explosive fight that frankly isn’t going to last too long. Pascal-Jack is a big fight for both at 175; Pascal has the WBA’s secondary belt (real one held by Dmitry Bivol) and is coming off of a somewhat fluky upset win over Marcus Browne, who beat Jack in January largely thanks to Jack losing an obscene amount of blood over 12 rounds. The winner here stays in the race, the loser is kind of out of it for the time being, though I won’t be surprised if weirdo Pascal keeps hanging around against the odds until he’s 45 even if he comes up short here. Uzcategui-Thompson is a fight. BLH will have live coverage.