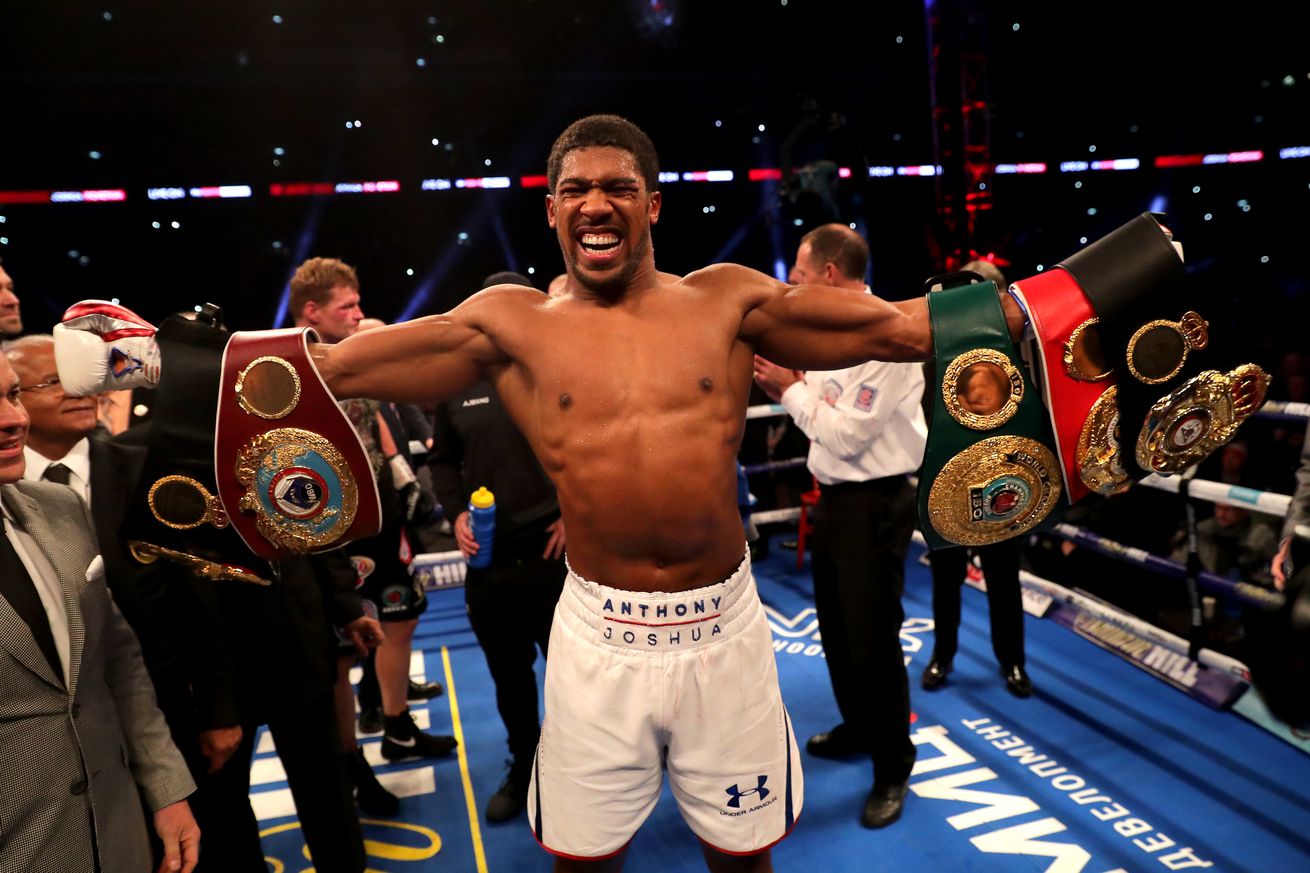 Saturday night’s the ONLY night deemed alright for fighting this week.

DAZN, 1:00 pm ET, Joshua-Ruiz final press conference. Come join us and listen to how everyone has had an amazing camp, they’re not underestimating their opponent but they WILL win as expected, or they will shock the entire world and win even though no one thinks they will. BLH will have live coverage.

DAZN, 3:00 pm ET, Joshua-Ruiz weigh-in. It’s a weigh-in. Neither of the guys in the main event have to actually make a weight, they just show up and someone tells us what they weigh at the minute. But the other folks do have to make weight. BLH will have live coverage.

ESPN+, 3:00 pm ET, Jay Harris vs Angel Moreno. If you feel like you just watched Angel Moreno fight on ESPN+, it’s because you did, as he lost a WBC title bid to Charlie Edwards on March 23 in London. Now he’s back in Cardiff against Jay Harris, an unbeaten fighter from Swansea, with the vacant European flyweight title on the line. Edwards gave Moreno the business, but European level is probably right where Moreno really fits in, and it’s a decent test for Harris, who has fought in the shallow UK domestic ranks at 112 so far. The show will also feature a lightweight matchup between Craig Evans and Stephen Ormond. BLH will have live coverage.

DAZN, 5:30 pm ET, Anthony Joshua vs Andy Ruiz Jr, Callum Smith vs Hassan N’Dam, Katie Taylor vs Delfine Persoon. Sky Box Office will televise in the UK. An early start from MSG for this one, full card coverage. The “main card” is set to begin at 8:30 pm ET. Joshua, holder of the WBA, WBO, and IBF heavyweight titles, makes his American soil debut at Madison Square Garden, facing replacement opponent Andy Ruiz Jr, who is chubby but is no worse an opponent than previously-scheduled Jarrell Miller, probably. Smith-N’Dam is for Smith’s WBA 168-pound title, and Taylor-Persoon is a full unification at 135 pounds. The show will also feature Josh Kelly vs Ray Robinson, Chris Algieri vs Tommy Coyle, Joshua Buatsi vs Marco Antonio Periban, and Souleymane Cissokho, Austin Williams, and Diego Pacheco in action. BLH will have live coverage.

FS1, 8:00 pm ET, Devon Alexander vs Ivan Redkach, Hugo Centeno Jr vs Willie Monroe Jr, Onoriode Ehwarieme vs Rodney Moore. Former titleholder Alexander takes on the always-exciting Redkach in the main event from San Jacinto, California, with Centeno-Monroe a decent matchup at 160 unless Monroe is able to dictate the pace. Ehwarieme is a big, untested, 31-year-old Nigerian heavyweight. BLH will have live coverage.