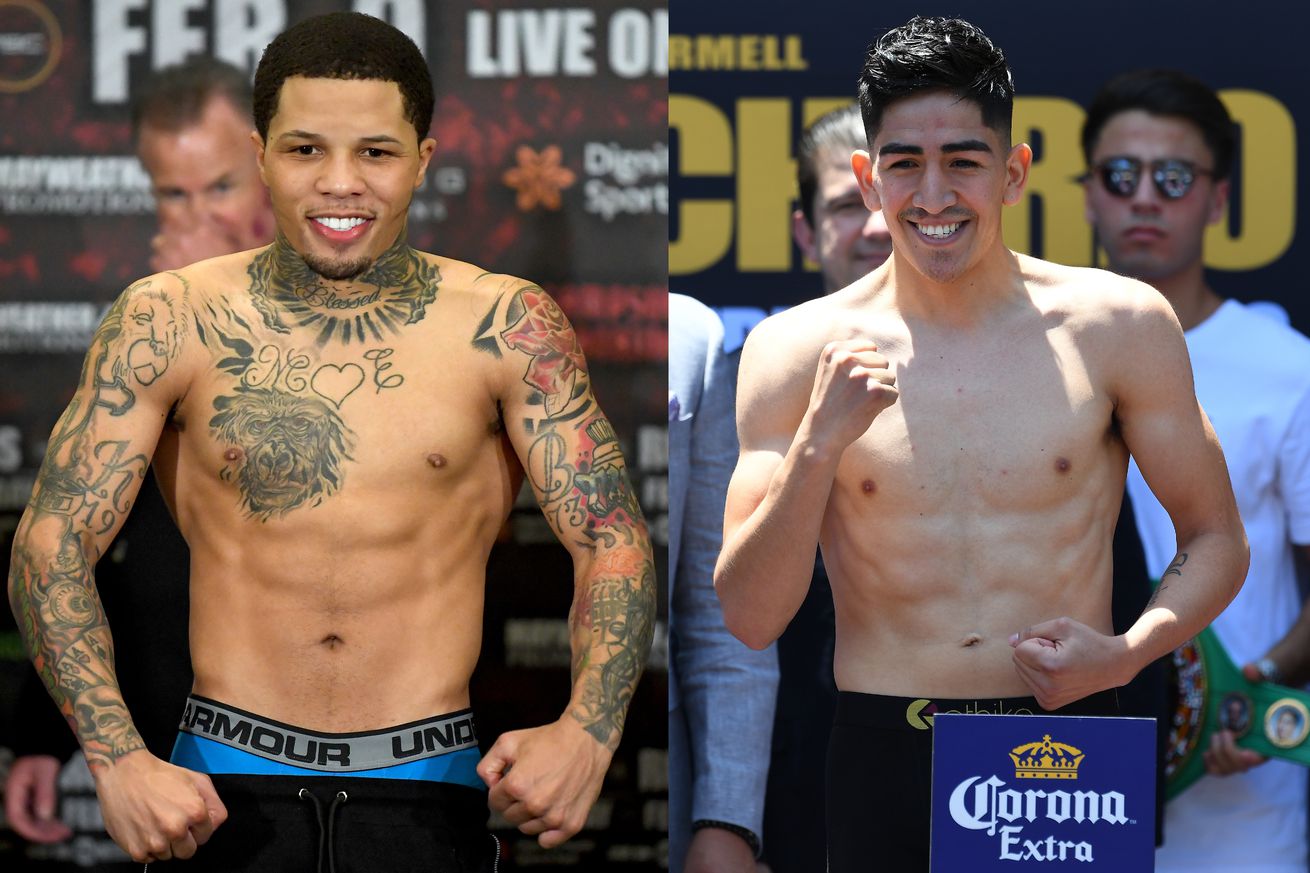 A huge Saturday of action highlights a busy run of fights Thursday through Sunday.

UFC Fight Pass, 7:00 pm ET, CES Boxing: The Return. Not sure what’s on the card, but CES Boxing … will return.

DAZN, 8:00 pm ET, Jaime Munguia vs Tureano Johnson, Rashidi Ellis vs Alexis Rocha, Marlen Esparza vs Sulem Urbina, Elwin Soto vs Carlos Buitagro. Munguia takes on a really solid veteran middleweight here in Johnson, and this one has some banana peel potential. If he’s who Golden Boy want him to be, Munguia really should win, but Johnson’s not an easy out and Munguia has some concerns at 160, not just down to his craft but the fact he may not be able to bully like he did at 154. Ellis-Rocha is a meeting of unbeaten prospects at 147, a really nice matchup for this card. Esparza-Urbina in a WBC flyweight eliminator. Soto defends a 108-pound world title against Buitagro in what could easily be a show-stealer. There will be more on the card, too, including Bektemir Melikuziev, Lamont Roach Jr, and Tristan Kalkreuth in action, at least at last report. BLH will have live coveage.

DAZN, 2:00 pm ET, Oleksandr Usyk vs Derek Chisora, Lee Selby vs George Kambosos Jr, Savannah Marshall vs Hannah Rankin. Usyk gets his first legitimate heavyweight test here against Chisora, who is no elite but is sturdy as hell and hard to deal with, a legitimate heavyweight banger and brawler who surely fancies his chances if he can force Usyk into a firefight. Selby-Kambosos is an IBF eliminator at 135, and Marshall-Rankin is a rescheduled fight for a vacant belt at 160. There will be other fights here, too, including heavyweight Dave Allen returning against Christopher Lovejoy and Tommy McCarthy vs Bilal Laggoune for the vacant European cruiserweight title. BLH will have live coverage.

ESPN+, 7:30 pm ET, Naoya Inoue vs Jason Moloney, Ewa Brodnicka vs Mikaela Mayer. For those hoping we’ll have full, participating posts and coverage for both this and the SHO PPV, good news, we will. Patrick will be on the coverage for this card, while Wil and myself will be on the Davis-Santa Cruz show. I hate to miss an Inoue fight live (and I suspect I might have a lil’ side eye on the main event at the very least, if it doesn’t overlap directly with the PPV main event), but the PPV is just the bigger show, and them’s the breaks. But Inoue making his Top Rank debut is a big deal, and Moloney is a good fighter. Mayer goes for her first world title shot against Brodnicka, with most I suspect favoring Mayer to win pretty handily. BLH will have live coverage.

SHO PPV, 9:00 pm ET, Gervonta Davis vs Leo Santa Cruz, Mario Barrios vs Ryan Karl, Isaac Cruz vs Diego Magdaleno, Regis Prograis vs Juan Heraldez. Personally, I’m interested in Davis-Santa Cruz. I wasn’t really asking for it and definitely wasn’t demanding it, but I think it’s got some intriguing qualities as a matchup. PPV qualities? Not sure I can say that, but this year is weird, wild stuff, and I think Tank might turn out to be a bit more of a PPV draw than some suspect with their scoffs, particularly if he wins here. The undercard is definitely also part of the show. BLH will have live coverage.

YouTube, 7:00 pm ET, Michael Dutchover vs Manuel Mendez. Another Thompson Boxing show, this one is free on YouTube as well as their Facebook page and their official web site. Dutchover came back on July 26 with a decent win over Jorge Marron Jr, 10 months after suffering an upset loss to Thomas Mattice on ShoBox. The loss doesn’t write him off; this is a talented 22-year-old lightweight prospect who learned some lessons, lost a fight, and will look to come back. Thompson shows are always laid back and generally come with some well-matched fights for level, and this one’s free and accessible to anyone at a reasonable hour on a Sunday, come on by! BLH will have live coverage.