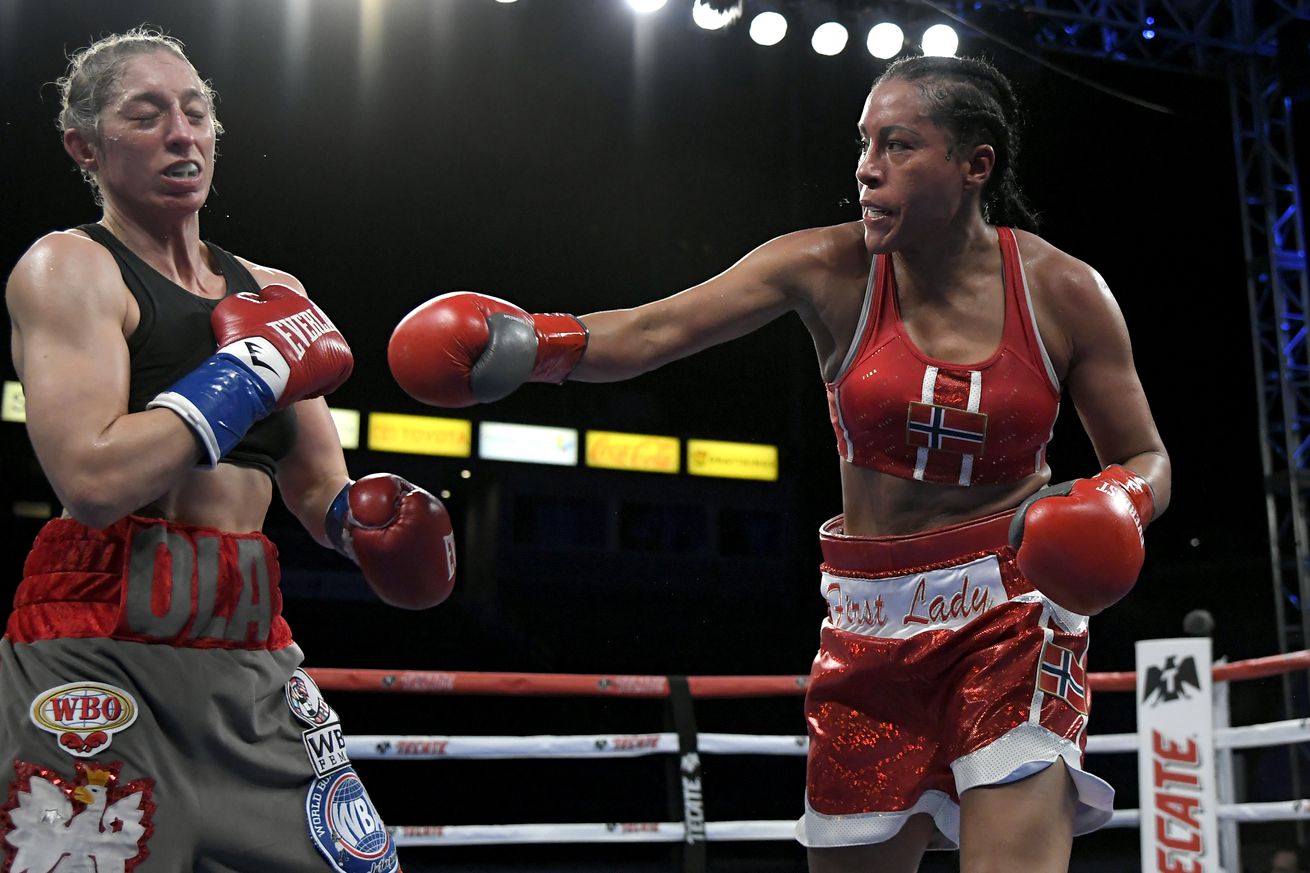 “I am talking to Eddie Hearn and my team and following the guidelines. The McCaskill fight looks likely to be taking place in July, and I am hoping this is the case as I can’t stay in Big Bear forever! I don’t care where the fight takes place because I have been fighting all over the world since the beginning of my career. Wherever the fight is, I will be ready.”

She was a smidge less certain in an interview with DAZN.

“I guess right now (a date for the McCaskill fight) is pretty much up in the air. Eddie Hearn wants to make this fight as one of the first shows when boxing is back. So, hopefully, we can get in there in July or August.”

Hearn has stated his intention to return to action on July 18th, so that tracks.

Braekhus (36-0, 9 KO) won her first title in 2009 with a decision over Vinni Skovgaard and has enjoyed 25 consecutive title defenses, tying heavyweight legend Joe Louis. She made her U.S. debut in 2018, getting off the canvas to defeat Kali Reiss, and currently trains under Abel Sanchez.

McCaskill (8-2, 3 KO) is BoxRec’s #1 super lightweight, losing only to Katie Taylor since her second pro fight. She defeated Erica Farias for the WBC belt, unified against WBA champ Anahi Esther Sanchez, and defended both belts last October against the aforementioned Farias.